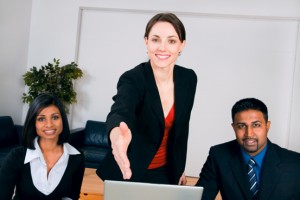 The interviews were held today for Office Life, and, ultimately, it was about what I expected. A Skype interview to test how easily we could be shaped in an editing booth to fit preconceived notions. Don’t ask me why I expected anything different. I honestly don’t know.

A few of the folks being interviewed really want to be on television. There were assurances tossed around about how “crazy” they are and unpredictable and other things that no doubt reflect very well upon them as employees. Somebody even stood up and did a little dance.

There’s nothing wrong with wanting to be on television, of course. I don’t know what I expected. Maybe the premise that they pitched to us (“a show about how small business is the key to revitalizing America’s economy”) worked its magic on me in spite of everything I read about the show beforehand, and which was unsurprisingly absent entirely from the interview, in which they instead wanted us to act zany and classify each other into character types like the whip-cracker, the party animal and the mother hen. The might as well have asked us to identify the Dwight, the Kelly and the Phyllis.

My The Office comparisons yesterday were mainly in jest. Now I guess they were just prescient. They want to know this stuff in advance so that they can save themselves the hassle of actually learning something about their subjects, or — horror of horrors — having to deal with a group of people that don’t line up exactly with fictional characters they know from T.V.

They’re coming to film the office next week on Tuesday and Wednesday. I’m not sure how I feel about that, and based upon the interview (from which I checked out pretty quickly, as it became all too clear all too quickly what kind of show they were hoping to produce) I might decline to sign the release form, leaving it to folks who are more comfortable making themselves look deliberately foolish in front of strangers. But we’ll see. They’ve tried to reassure us by saying that they don’t want to milk our jobs for drama, because if they got a reputation of damaging businesses nobody would pick up their series. Which is obviously and entirely true; that’s why you absolutely never see people on television who have screwed other people over to get there. It’s an entirely self-policing process that weeds out any trouble makers and I’m sorry I can’t finish typing that sentence with a straight face.

I’m not saying that I’d particularly like to costar in a documentary series, but I’d at least be open to the idea. But I don’t want to costar in a broad comedy, particularly one deliberately manufactured from “real life” material in which all the scenes that don’t feature archetypal behavior are cut for time and tedium.

In Vineland, Thomas Pynchon famously wrote that “The camera is a gun.” The older I get, the more sense that observation seems to make. It’s often wisest to move out of the way before it starts shooting.

Part of me is still open-minded, but it’s a much smaller part of me now. I’m trying to stay optimistic, but hope no longer springs eternal.

Hope instead springs ’til about next Tuesday.