Every week until the release of The Lost Worlds of Power, one author selected for inclusion will be given the floor. I’ve asked them to talk about themselves, their approach to the project, and anything else they’d like to say up front. I’ve also asked them to avoid spoilers, so have no fear of those. Anyway, week three: Matthew McKinley, author of “California Games.” 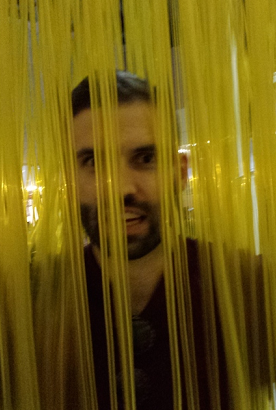 Hello, my name is Matthew. I’m a 6’2″, 29-year-old Caucasian male and my favorite color is light green. By day I work with digital libraries and archives, making sure all sorts of important digital stuff doesn’t just go poof, and by night I play various stringed instruments and watch far too much Netflix.

I heard about this bizarre challenge via the electronic annals of the Gamelogical Society (recently re-transmogrified to The A.V. Club Games) and, over the course of 24 hours, mentally steeled myself for the task of writing a submission.

I’ve always loved words but have roughly the attention span and self-discipline of a toadstool, so I’d never written anything over a page. Here, then, was a tightrope: write something substantial enough to sustain for ~50 pages, in the style of a series whose many incoherent entries may as well have been written past deadline on the red-eye back from a three-week bender in Bangkok.

Sly trickster that I am, I immediately browsed Wikipedia’s complete list of NES games (all hail Internet, destroyer of wonder!) looking for a weird game that I could turn in to something even weirder. At various points I considered stranding A Boy and his Blob in a post-apocalyptic wasteland, having the street-toughs of River City Ransom spontaneously burst into song ala West Side Story, or casting the eponymous Lolo (of The Adventures of fame) as a hard-boiled detective. 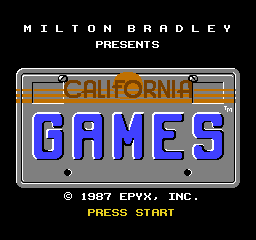 I finally went with something a little more sedate due to that old chestnut of “write what you know.” I’ve been living in the laid-back, seaside Southern California burgh of Costa Mesa for about three years at this point. Being remarkably similar to the bucolic setting of many of its events, I figured picking California Games would at least let me putz around my environs when in need of inspiration.

Now, I hadn’t played this game in close to two decades and was pretty awful at it when I did. A quick and questionably legal session of the game on the Nestopia emulator proved that my skills had not improved in the interim. Lacking any sort of competitive nature and somewhat less than a passing interest in most coordinated physical activity, I’ve never been big into fighting/racing/sports games. RPGs and clever puzzlers/platformers are more my speed.

If you’re still reading my rambling diatribe, you may be asking yourself, “Why would this person, that I now know so well, pick a video game with absolutely no plot or discernible characters and one that he cannot successfully play, like even a little bit, as a basis for his first rather rushed attempt at novelization?”

A perfectly valid albeit surprisingly lengthy and detailed question that comes with a complete set of three interlocking answers (batteries not included).

The short answer: challenge. Or: stubbornness.

The medium answer: Writing an honest-to-god “book” has always been a dream of mine, but I was discouraged by the casual brilliance of the many fiction authors I’ve read and loved. So what could be more tremendously, blessedly freeing than setting out to write a story that my audience expected, no, wanted to be hilariously cheesy and bad?

The great irony here being that I somehow ended up with something kind of clever and endearing. I shot for the stars but mis-calibrated and rocketed right to the moon. Wait, no, that’s probably overselling a story that features a roving band of burnout mimes as a plot-point.

Anyway, the long answer: I deliberately chose a plotless game that I did not have much experience with so that I could graft on my invented little world without getting too bogged down in details. I wanted my story and the world it inhabited to be instantly identifiable to the average middle schooler reading these sort of books in the late 80s.

To that end, I took inspiration from the hazy suburban bliss found throughout such classics as E.T., The Goonies, Honey, I Shrunk the Kids and Thrashin’. Though our hero never loses sight of his quest, he always finds time to shoot the breeze and just generally hang out with his friends, classmates and goofy Uncle Z (every good 80s family comedy needs a zany uncle).

I also wanted to evoke the pace-quickening, guitar-squealing raditude of 80s NES T.V. commercials and day-glo advertisements screaming at you from the pages of Nintendo Power. So I infused this low-stakes environment with a ridiculously high-stakes story involving a magical talisman, a Native American shaman and fulfilling a prophecy to save the world — or at least this small, sun-kissed section of it. 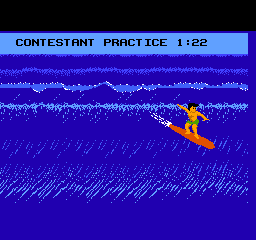 And since no respectable mass market product of that era is complete without a surplus of references to keep it hip for 6 months and dated soon after that, I shoehorned in some pop songs and more than a few allusions to other NES games. Try to catch ’em all!

Anyway, I hope you have as much fun reading my entry as I had writing it, though I hope it takes you significantly less time. I’d like to send a thank you to Philip J Reed for being the real blood, sweat and tears behind this operation, and a meek wave to the other authors in the collection, all of whom must be nearly as esoteric as I am to commit so wholeheartedly to such a silly scenario.

I am eager to dive in to the whole mad enchilada. Happy reading!