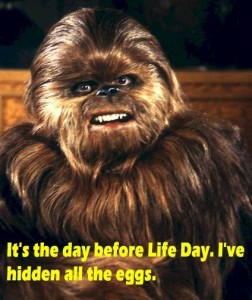 Credit to loyal and longtime reader Jerod for the image…which happens to serve as a great reminder: tomorrow is the 3rd Annual Xmas Bash!!! To join in the fun, simply come to this very site at 8 P.M. Eastern.

If you need help figuring out when that is for you, try this thing. New York is their point of reference for Eastern time, so set that for 8:00 PM and follow the line to see where you are. While you’re doing that, take some time to think about how fucking annoying and outdated time zones are.

Be sure to tune in! If you’re a little bit late, that’s okay! The stream will run for five full hours, just like last year.

And speaking of years past: it just wouldn’t be the Xmas Bash!!! without significant technical difficulties, amirite??

See, I was planning on using StreamUp again this year, since it worked out fine last time around. But evidently it’s no longer compatible with my broadcasting software, so I’m using something else. Right now it seems to work well, but fingers crossed. I’ll leave the link here tomorrow night, starting at around 7:00 PM Eastern. That’ll give you time to set up an account if you want to join in the chat, as well as mix up a good, stiff drink.

One thing I do want to put out there for discussion is what to do moving forward. Does anyone out there have any better solutions than finding a streaming site and hoping they don’t boot us for copyrighted material? Seriously…let me know. I want to keep this happening on a yearly basis, and I’d really like to have a more reliable solution in place. Please let me know if you have any advice or recommendations.

Also: the host segments! This year we’ll be sharing Martin Klein’s multi-part documentary about the 3rd Annual Xmas Bash!!! itself, so you can peek behind the curtain and see how we intend to meet our modest fundraising goal of $140 million.

…actually, we’re doing that because the footage we shot for the host segments wasn’t quite up to snuff. The audio was…audible, but not much beyond that, and I really wanted to give you guys a better product. At some point I’ll edit and share what we originally envisioned, but I’d rather build something new that does work than center the night around something that doesn’t.

I think you’ll like it. And if you don’t, take solace in the fact that it’s still better than what you would have gotten otherwise!

If you can’t make it to the stream (there’s some Star Search movie or something coming out Friday, I think?) remember that we’ll be hosting an encore screening on Wednesday the 23rd.

And don’t forget to come back on Monday, for this month’s very festive, very crabby Fiction into Film. It’s beginning to look a lot like Xmas, as they say in the hymn!

Anyway, that might be the last you hear from me before the stream. I look forward to seeing all of you there, and thank you, again, for making this my favorite time of year. (Really. I mean that.)

Here’s a completely unspoilery screenshot. OR IS IT?? What goodies lie along that timeline?! I’ll never tell!!! Until tomorrow, when it doesn’t matter anymore. 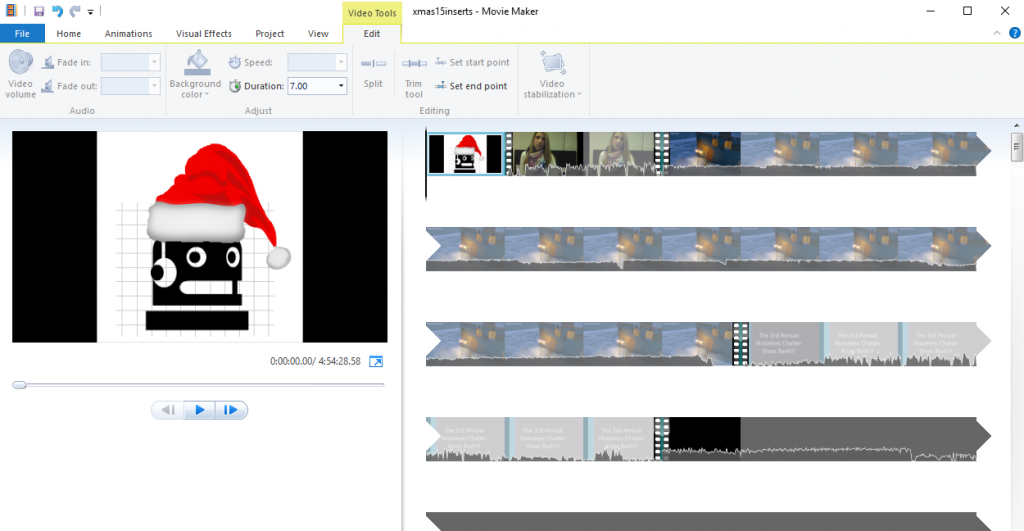 One thought on “Reminder: The 3rd Annual Xmas Bash!!! is Tomorrow!”