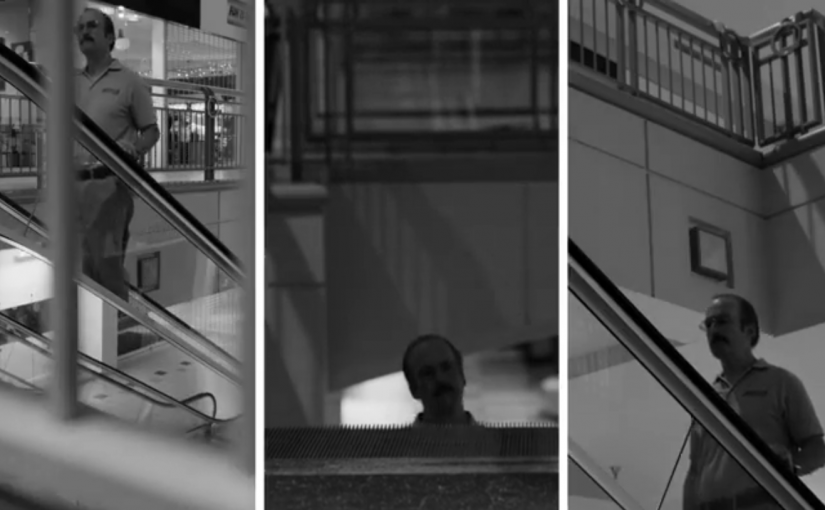 I got a chance last week to allude to my love of format breakers, and I had no idea that one was coming up next. “Nippy” is something I’ve been wondering about since season one: a full Gene episode. I don’t know if that’s anything that I had actively wished for, but the chance that we would get one, at some point, was always in the back of my mind. One obvious possibility was that it would serve as the final episode. I’m glad that that’s no longer quite as likely, but it’s near the very end, which is probably where it belongs.

More so than most Better Call Saul episodes, discussing what happens would just feel like a summary, and I’m not keen on writing that, so this will probably be a pretty short review. I’m not entirely enamored of “Nippy,” but it certainly wasn’t bad. I think that it was about as good as a Gene episode could have been.

I did enjoy a good few things about it. The idea that Gene wouldn’t actually be able to leave his life as Saul behind is a good one. We’ve gotten only the barest glimpses of that in the previous flash forwards, where it could have been easily enough interpreted as wistfulness, as longing, as sadness, as whatever other emotional punishment we’d care to assign. Here, though, we see that he slips quickly and easily right back into his old habits. The correct emotion is “desire.”

The cab driver forced his hand, but only in the sense that the cab driver represented a threat. It’s a threat that Gene could have dealt with in many ways — he in fact almost dealt with it by getting a new identity again — but he chose to deal with it this way. When faced with the necessity of finding a path through, he chooses the path that fits him best: that of the scheming criminal.

He takes the cab driver under his wing, briefly, to give him just a taste of criminal life in exchange for the name “Saul Goodman” never being mentioned again. All of that was good, and I loved watching Gene “come alive” more and more as the episode progressed, as though the man’s blood is finally pumping again after however many years of stagnation in Omaha. Gene admiring a garish shirt-and-tie combo at the end leaves the possibility open that he will revert more substantially to his old ways, but I don’t think that we’re meant to conclude that he will. He can, as he’s proven, and he might, but it’s the possibility that will always hang over him, leaving him with yet another dilemma and, possibly, another regret to process when he goes to sleep at night, alone, in a home that his landlord would have to spend a whole three hours cleaning out if he didn’t wake up.

That confession to the security guard was intended to stall for time, but the accidental honesty in there was fucking brutal. I enjoyed that. I also enjoyed that Gene’s scheme — in terms of his own role — came down entirely to the fact that he’s a personable guy. He always has been. He’s likeable. He’s charming. He’s funny. He’s easy to get along with. And he used that both to get the cab driver off of his back and pull off a heist. It was a natural way for him to slip right back into being Jimmy.

All of that was good, and I admire the show’s guts to jump forward in time yet again…though, here, it’s almost certainly a one-off experiment. Zipping from Jimmy to Saul in the previous episode and then leaping straight into Gene for this episode was pretty daring.

I don’t know. Largely, perhaps, and I admire what the episode tried to do. I admire most of what it actually did. But for all of my complaints about Better Call Saul always feeling fractured with its multiple protagonists doing unrelated things, the unbroken stretch of Gene had me longing a bit for the days of a cut to Mike, or Gus, or Eduardo, or whoever else. “Nippy” feels bogged down at times simply because it has nowhere else to go; it can only move ahead, and it only moves slowly.

All of that was clearly intentional. (And, for obvious reasons, we can’t cut to other characters, especially the ones I just listed.) It’s just that I felt the length of this one much more than I usually do.

I imagine that it will be a bit better on a rewatch, when we know what surprises the final three episodes hold and this can serve as a quiet break before whatever chaos is looming. Now, it leaves us asking when they’re going to get to the fireworks factory for another week.

That’s okay. That’s fine. And I enjoyed the intermission.

I just look forward to getting back to the show, and seeing the rest of it through. I am glad that Nippy was okay, though.