On the fifth day of Christmas Ryan gives to us… 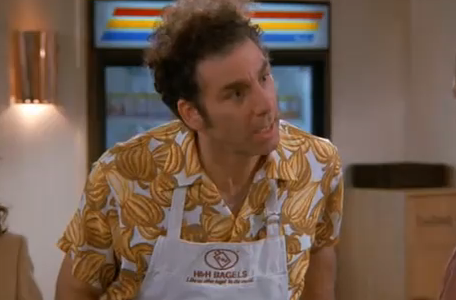 Frank Costanza is without a doubt my favorite character on Seinfeld. For somebody so short-tempered, constantly screaming at those around him over the smallest nuisances, there’s remarkably not a single trace of unlikability to be found in the man. It’s a shame that his death was implied during the reunion story arc of Curb Your Enthusiasm, but with the failure of his “serenity now” relaxation cassette, I suppose it was inevitable. Fortunately, Frank plays a starring role in what’s considered to be one of the most iconic episodes of Seinfeld produced, season 9’s “The Strike.”

You know, the episode where Kramer returns to work at a bagel shop after being on strike for 12 years.

Okay, so most people know it as the Festivus episode, where we discover that Frank once invented his own holiday in response to the commercialization and religious aspects of Christmas. Subsequently, this gives us further insight into why George is the man he is today, as it turns out that Festivus was always a pretty traumatic experience for the boy.

The traditions of the holiday included an aluminum pole instead of a tree (no decoration required — Frank finds tinsel distracting), and grievances were exchanged rather than presents – a chance for the Costanzas to speak about how much they had disappointed each other over the past year. Back in the present day, Kramer finds out about Frank’s holiday and convinces him to restart the celebrations after years of lying dormant, much to the misery of George and the imperative sense of schadenfreude from his friends. The pole comes out of the crawl space and Frank couldn’t be more joyous.

The ending of the episode is a great example of why I love Seinfeld so much – its “no hugging, no learning” policy stays true during what would be a sentimental closing for so many other Christmas specials. Family and friends are gathered together on a winter backdrop, but there’s nothing of comfort to be held. George has fought the idea of Festivus all throughout the episode, yet we end with him more emotionally distraught than ever, being forced into yet another Festivus tradition, the “Feats of Strength.” 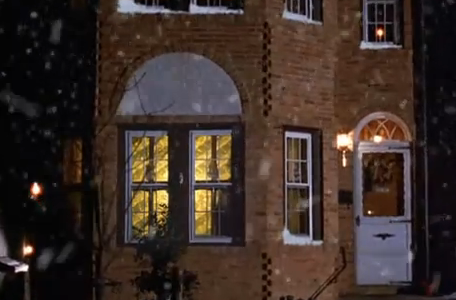 This is what a Christmas special should be. While I find that some of the more warmer, “emotional” holiday episodes of other shows do bring me some entertainment – I’m clearly aware that it’s fake. When my family reunite during the holiday season, the warmth and closeness pales in comparison to what’s presented on TV. That isn’t Christmas, and without sounding too cold, it hopefully never will be. Yeah, maybe in some families things aren’t treated so callously. I don’t know, and I don’t want to know. But I’m positive that I prefer my entertainment to treat Christmas with some realism, in the sense that I’d take Frank Costanza physically fighting his crying son over let’s say, a warm embrace after verbally accepting their differences. God, I actually felt sick writing that.

The Brady Bunch, the Huxtables, the family from Full House whoever the hell they were, even the goddamn Simpsons – when compared to the Costanza family, I know who I relate to more.

As mentioned earlier, this episode also involves Kramer working at H&H Bagels. His working life is cut short however, after being denied the 23rd off to celebrate Festivus, resulting in yet another strike. I always found the moment where he announces his protest hilarious, like he’s looking for any reason to stop working again. This is confirmed by the end of the episode, where he responds to his firing with a satisfied and hefty, “Thank. You!” It probably beats “The Bizarro Jerry” as my favorite “Kramer actually gets a job” story. I think. Maybe. The latter does have Sheena Easton.

The beginning of the episode features Dr Tim Whatley’s Hanukkah party, who’s still Jewish after seemingly converting for the jokes in the previous season. There Jerry meets his girlfriend-of-the-week, a two face (like the Batman villain, if it helps) in which she somehow changes from attractive to ugly without warning. Innocently, every time I watched this episode as a child, I could never see how she was supposed to be portrayed as ugly. After a lifetime of media influence, it’s totally clear to me today, but I think it’s a cute memory looking back. Or maybe it’s depressing, what with our idea of beauty being influenced by society and everything. Still, it doesn’t subtract from the fact that it’s a bloody hilarious story, and introduces the fact that Monk’s (the coffee shop they always visit) is actually a pretty awful restaurant.

Gwen: Jerry, how many times do we have to come to this place?
Jerry: Why? It’s our place.
Gwen: I just found a rubber band in my soup.
Jerry: Oh, I know who’s cooking today!

Meanwhile, George, in an attempt to weasel out of the spirit of giving, hands out phony donation cards to everyone at  work (“A donation has been made in your name to the Human Fund. The Human Fund: Money for People”). His boss, Mr Kruger, catches onto this scam, until George admits that the only reason he succumbed to such a misdeed was because he doesn’t actually celebrate Christmas, the concept of Festivus finally proving useful for another one of his lies. Committed to his story, George brings him along to his father’s Festivus celebration. 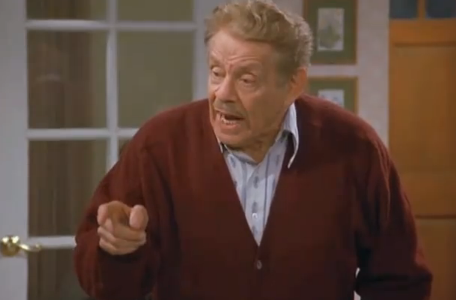 Frank: The tradition of Festivus begins with the “Airing of Grievances.” I got a lot of problems with you people! And now…you’re gonna hear about it. You, Kruger. My son tells me your company stinks!
George: Oh God.
Frank: Quiet, you’ll get yours in a minute. Kruger, you couldn’t smooth a silk sheet if you had a hot date with a babe… I lost my train of thought.

“The Strike” opens with a Hanukkah celebration and closes with Festivus. Even though Seinfeld Christmas episodes never really dwelled upon the traditional aspects or clichés of the holiday too much, I like how this one goes to the extreme and yet puts me in the holiday mood more than any of them. Like so many others, I originally found the idea of Festivus to be comical and undeserving of celebration. Today I adore the holiday and everything it stands for. And while I’ve never convinced anybody to participate in a “Feats of Strength” (yet), I’ve gone so far as to hand out “Human Fund” donation cards in lieu of of actual gifts, whether the recipients were Seinfeld fans or not. I’m not being cheap or anything. I’m just afraid that I’ll be persecuted for my beliefs.

I’m overjoyed that Festivus has reached a certain popularity in today’s society. The real holiday began in 1966 by Dan O’Keefe’s father, but of course was made popular when he brought it to Seinfeld. Fictional additions such as the pole were then incorporated to the point where there’s fucking Festivus pole lots. God, I love it. Christmases can go by where I don’t even think about certain Christmas shows or specials, but The Strike is undeniably the clear exception. Last year, somebody actually greeted me with “Happy Festivus!” and hadn’t even seen an episode of Seinfeld or knew that it was referring to the show. I don’t find that charming, by the way. What a despicable person. Still, the cultural significance given by “The Strike” has perfected the episode itself, not that it didn’t need much to push it there. A great episode, and in my opinion, the best of season 9.

Oh, and there’s also a plot where Elaine wants a free sandwich.

Tomorrow: It’s not all comedy around here, you know; we like serialized drama too! Well, some of us do. Or one of us does. Maybe…