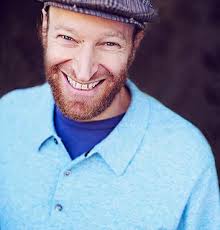 Every so often, the internet reveals itself to be a pretty magical place. This installment of 20 Questions is a direct result of that magic. David Ury, star of “Peekaboo,” my favorite episode of Breaking Bad, found my writeup of the episode and got in touch. He was also kind enough to offer me a copy of his new book, Everybody Dies, which was co-written with his half-brother Ken Tanaka, and which we discuss below. David Ury may make a living playing some truly off-putting individuals, but I can’t imagine meeting a nicer guy. (I’d just like to meet him in a well-lit area. You can’t be too careful.)

1) You’ve definitely been cast as a lot of…creepy guys, for lack of a better term. Which character would you say was the creepiest?

Boy, it’s hard to choose. I was a landlord in Community who hoarded women’s shoes. In Rizzoli and Isles I was a “death enthusiast” who went to crime scenes to photograph corpses. But maybe the creepiest was “Easter Joe” on Raising Hope…a guy who dresses like a bunny rabbit and drags a giant pink cross around town with him.

2) Did you audition for “Peekaboo” specifically, or did you come in for a general audition and end up in that role later?

I auditioned using a scene from a previous episode of the show. I had no idea what kind of character I’d be playing other than that he was a druggie. When I shot the first episode where I have a small cameo in the end [“Breakage”], I didn’t even know what I’d be doing in the “Peekaboo” episode as I hadn’t been sent the script yet….so it was quite a delightful shock when I discovered exactly what I’d be doing.

3) You obviously got to spend a lot of time working with Aaron Paul. Did you get to meet any of the other main cast members?

I really only interacted with Aaron, Dale Dickey and Charles Baker in my scenes, and didn’t get to meet much of the rest of the cast. However, I had met Bryan Cranston when I did my first ever TV gig on Malcolm in the Middle in 2002.

4) What was it like working with Bryan Cranston back then?

I went to a table read of the episode where I had a tiny one word part. Before we got started on the read, he made a point of coming up to me, introducing himself and welcoming me to the show. I always remembered his graciousness.

5) Was the set as uncomfortable as it looked on screen? The makeup, the wardrobes and the squalor were all very convincing. Was it as uneasy to be in that environment and with those characters as it was to watch?

The kids were visibly scared of me at first, until their mother explained that I was a nice guy…and was just wearing a costume like on Halloween. The set we shot in was pretty trashed so it was easy to get into character in those very realistic surroundings. I just hope I didn’t traumatize those kids too much with my scary mug.

6) “Peekaboo” aired in the middle of the second season, and I imagine it filmed not long after the first season aired. Did you have any idea of the kind of sensation Breaking Bad would become? What did you know about the show ahead of time?

Because I had played meth addicts in the past, friends kept telling me I had to get on this new show. When I got the call to audition I watched the pilot and was blown away. After being told I’d booked the job, I watched the whole first season. I was really excited to be in a show with such great writing. At the time the show was more of a cult hit and most people hadn’t heard of it.

7) At what point did you realize this show had become a legitimate phenomenon?

Around 2012 it went onto Netflix streaming and suddenly people started to recognize me, and associate it me with that role.

I certainly never expected that four years after shooting that gig it would start to have such an impact on my career.

8) Last-minute rewrite: Jesse is crushed by the ATM instead, and Spooge replaces him as Walt’s partner. How do you see that unfolding?

Damn, I should have pitched that scenario to Vince.

Under Walt’s watch, Spooge gets clean, but Lady Spooge can’t or won’t. She’s too much of a loose canon to have around….bad for business…so Walt stages a tractor accident which flattens Lady Spooge making it look just another Albuquerque tractor tragedy.

9) What happened to the little boy after Jesse left?

All the marshmallow fluff you can eat! 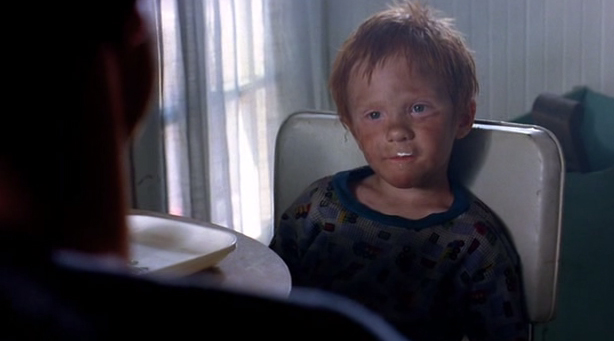 10) Quite a few characters that died on Breaking Bad made later appearances in flashbacks. Was there ever any hope or possibility that Spooge would come back in such a way?

Yep. I’m still hoping he might show up in Better Call Saul…maybe before he became an addict.

11) So your brother is Ken Tanaka. Am I correct in thinking that you two hadn’t seen each other for many years?

Yes. But I think the best way to share the story is through this video.

12) Whose idea was Everybody Dies? What was the genesis and the reasoning behind producing such a morbid book with a childlike approach?

Ken and I came up with the idea together. Death is such a taboo subject in our modern world, it will happen to all of us, and yet we’re all scared to death of talking about it. I think Ken sums it up well in the book’s intro:

Sometimes people ask me why I wrote a “children’s book for grown ups” about death. People seem to think that children need to be sheltered from the idea of death, but most children I have met are not afraid of death, or of this book. It is the grown ups who shake in fear when they read the words “Everybody Dies.” Grown ups are afraid of death. Grown ups know that it is coming, and it can’t be stopped. When we are truly overcome with fear, we are still children on the inside, no matter our age. We still want our mommies. Sometimes a grown up needs to be treated like a child for his own good. […] Although meant for adults, this book may be most effective when read aloud to frightened parents by their children.

13) “What Kind of Asian Are You?” has over seven million views on YouTube. What percentage of viewers do you think misinterprets its humor or intentions?

I think only a small percentage misinterprets the video, but they are also the ones most likely to comment.

The same is true for our new video about race and identity called “But We’re Speaking Japanese.”

14) Tell us about how you got into acting. What was your first role?

My first role ever was in a one act play in high school. I was a fisherman who drowns at sea and spends the majority of the play lying dead on stage.

It was pretty much foreshadowing the rest of my career. 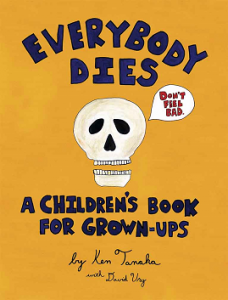 15) Everybody Dies covers an awful lot of possible deaths. Aside from “skull crushed by ATM,” what was the absolute best death in all of Breaking Bad?

Well, the one that sticks with me most was the scene in season 2 where Jesse’s girlfriend overdoses. That was pretty tough to watch.

16) What kind of challenges do you think a show like Breaking Bad faces when it treats serious social problems in an artistic – and often humorous – context? I’d imagine it would be similar to “What Kind of Asian Are You?” and Everybody Dies in that regard. All uncomfortable things to joke about, and yet they each double down on that fact rather than skirt around it.

I heard Vince give a talk at a library and he was asked a few questions like this, and also about symbolism, deeper meanings in the show, and so on.

His answer was that the writers are really just focusing on trying to tell stories. I think as long as the storytelling is strong, you can approach any kind of topic. 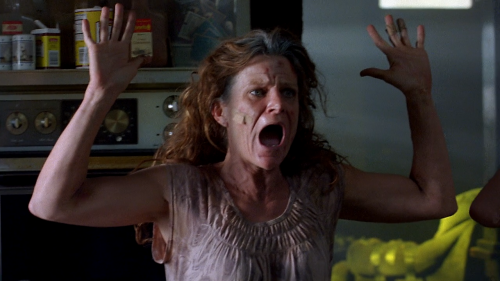 18) If you could deliver advice to yourself at age 10, what would it be?

Don’t be afraid of trying to make a living solely off of creative pursuits.

19) If you could deliver advice to Spooge at age 10, what would it be?

20) Everybody Dies looks very much like a children’s book, visually speaking, and is colorful in all the wrong ways. Where would you recommend parents hide their copy so that kids don’t find it and have an early crisis of mortality?

I’ve actually seen and heard of many children enjoying the book. I think the parents are the ones more likely to experience a crisis of mortality. Maybe the kids should hide it from them.

BONUS – Say anything to the readers that you haven’t had a chance to say above!

Please check out the trailer for the book with some Breaking Bad cast members. You can buy the book here and keep up with me on Twitter!

One thought on “20 Questions: David Ury”