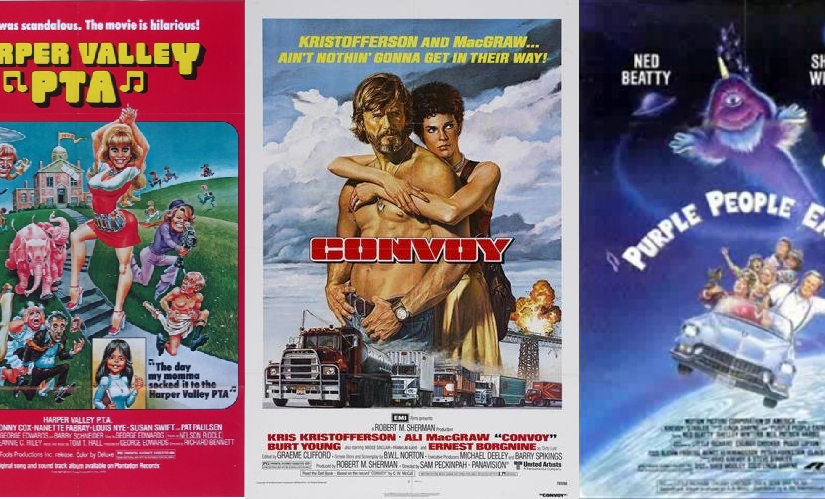 HELLO as I’m sure was pretty clear I’ve had a difficult month. But I’m here, I’m okay, and I have some updates I think you will enjoy.

– The book: The loss of Mike a few weeks back made me profoundly unproductive, which I think most people would agree is understandable. As such, I wasn’t able to finish the next draft of my book as quickly as I’d have liked. It’s still been submitted ahead of the publisher’s deadline, so there’s no problem there, but I had hoped to have it finished sooner and work on some blog stuff instead. That didn’t happen, but things will pick up very soon.

– Fiction into Film: Ghost World won the poll for my next Fiction into Film. That was the project I had hoped to tackle over the past few weeks, but it will have to happen a little later instead. I’m planning to have it done at some point in March, so that it’s out before this year’s Rule of Three starts up in April. More on that in a bit.

– Advertising: Every so often I get an alert from Google AdSense saying my site is in violation of some guideline or other. Typically this happens while I’m at work, and by the time I get home and check on my site, the violation is gone without explanation. I almost never have any clue what they thought I violated, so I’m assuming they’re just false positives that get automatically cleaned up by the system. (It would be nice if they told me what was causing them, though.) Today I got one and was able to check it quickly enough. It was a sexual content violation on my Fiction into Film for The Running Man, which, as I’m sure you recall, was done in the style of hardcore pornography. Granted, I do talk about sex in that writeup, but only in terms of how the adaptation handles it. Each time I get flagged, ads either stop being served or I stop making any money from them until it’s resolved. And since I’ve yet to post any hardcore super sex on this site, it’s getting irritating. I may just do away with AdSense altogether. Some folks have suggested Patreon instead, and while I have nothing against that I’d feel pretty bad if the audience paid for my services rather than sponsors or employers. Wanting you enjoy my content and expecting you to fund it are two very different things. I’m open to ideas, so let me know your thoughts.

– ALF news: It’s very possible I will have one hell of a big coup for this year’s one-off ALF review. Stay tuned. It’s a good one.

– Rule of Three: The big update is this year’s Rule of Three, the comedy-focused sister series of Trilogy of Terror. Rule of Three kicks off April 1, and this year I’ll be looking at movies based on novelty songs. I could say more about why I chose that topic, but I’d rather save that for the actual features so I’m not spreading my criticism into places later readers won’t find. If you’re interested in watching the films ahead of time, you’ve got about a month!

The schedule is as follows, with links to the appropriate songs so you can be amazed anyone squeezed 90+ minutes of narrative out of this crap:

These are all varying degrees of glorious trainwrecks, and I look forward to writing them up and sharing them with you. On a related note, I apologize for letting you know these things exist.

For now, I just want to thank you for your patience. There’s good stuff coming. Life may slow me down, but it has yet to keep me down.