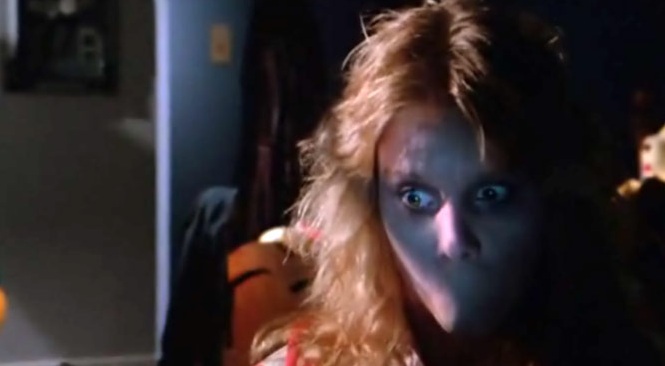 An explanation of why things are quiet around here is probably due, along with a few other items of housekeeping. To wit:

– It’s quiet. The holidays were busy for me, both in personal and professional terms, and if you didn’t notice we had a grand ol’ time around here in the runup to Christmas. Now, however, I’m definitely enjoying some recovery time. I get to focus on other things, read some books, brainstorm creative things I’ll never get around to doing, and having nightmares about that zombie game on Wii U. That doesn’t indicate a lack of interest in the blog, but it does speak to the seductive comfort of downtime. Also, coincidentally, this blog was started last February, which means I also missed out on January of last year. Owing to this coincidental nothingness, I think I’ll plan on always setting January aside as my holiday break. Doing one in December would make more sense, but then I couldn’t put together any more awesome Christmas features so NUTS TO THAT. Anyway, expect normal service to resume in February.

– Steve Zissou Saturday had its first interruption due to the aforementioned downtime. Never fear! It will return in February and continue on the first Saturday of every month from there. If I’m counting correctly I think we’ve nearly made it through fourteen seconds of the movie. I have lots of general things I want to cover that haven’t been fitting into my scene by scene breakdowns though (such as a discussion of the individual members of Team Zissou, and what “redemption” means in Anderson’s worlds) so maybe I’ll prepare some additional supplements.

– The Friday Musical Interludes are gettin’ all stubbornlike. Don’t ask me why. I upgraded my WordPress template recently and it prettied up a few things and uglied up some others, but the main difference seems to be that it hates Friday Musical Interludes. See, what I normally do is prepare about a month’s worth of them in advance, and just schedule them to post. When I view them in the backend they look fine, but the past two or three have autoposted with the youtube embed code stripped out. Don’t ask me why…I have no idea. It’s there the night before, but gone when it posts. It’s annoying, and I really hope I don’t have to discontinue the series, since it’s the only thing I’ve ever done that people have said nice things about.

– Thomas Pynchon is releasing a book sometime this year, apparently. It’s called The Bleeding Edge. I already have a space cleared on my bookshelf for the first-edition hardcover. As with the runup to Moonrise Kingdom, expect way more Thomas Pynchon material coming your way than you’d ever actually be comfortable with. Additionally, please do let me know what you’d like to see here in the new year. I have a pretty wide berth of things I can cover (art, music, books, television, video games and film are pretty vast subjects IF YOU HAVE NOT NOTICED) and plenty of specific things I’d like to do as well (more Compare and Contrast features mainly, particularly in terms of the recent series of Red Dwarf, and something about the emotional episodes of Futurama) but I’d like a better indicator than number of comments on what it is that you do and don’t enjoy ’round these parts. So please do let me know.

– Finally, friend of the website (and friend in general) Andrew Edmark had his Kindle Fire stolen recently. He’s located in Iowa, and he has footage of the theft, which I have embedded below. Please watch it and contact him (or me, and I will relay your information) if you recognize the thief. He’s a good guy and the Kindle has sentimental value to him, so please help if you can. See you in February.