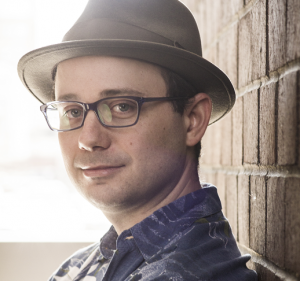 Noiseless Chatter is the blog of Philip J Reed, who will now start writing in the first person.

I am a thirty-something* book-loving social marketing professional, who also dabbles in writing, video games, and Ping-Pong. I live in Colorado. There are bears here.

As the site grows you can expect to find personal entries, reviews, and essays about all manner of entertainment. Except for painting, because I know nothing about that.  You can write about painting yourself on your own blog. Leave me alone.

I’ll also probably be posting advice about things that you shouldn’t follow, because I’ve gotten nowhere. 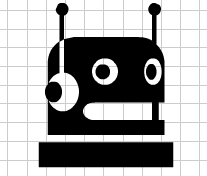 This is the site’s mascot, Mr. Fabiola. He has a long and hilarious fictional history that I won’t share with you here because I simply can’t do it justice. Rest assured though it’s a hoot. Like, this one time, he’s from space, right? So he doesn’t know much about Earth customs, and someone invited him to dinner and said some benign things that Mr. Fabiola misunderstood in a comical way. I guess you had to be there.

It was available as a .com. Also it hearkens back to my days of writing for Noise to Signal, which was a great — if short-lived — experiment in communal pop-culture free for all. Needless to say, it imploded. It was also a blast.

Right now though, it’s meant to reflect a certain approach…an amount of chatter without “noise,” or filler. Something worth reading, rather than irritating whiny nonsense. (ie: my previous blogs.) It’s a quiet place to babble on, in the hopes that we will eventually stumble upon something worth saying.

And, once again, it was available as a .com.

My plan is to not police the comments at all, though I reserve the right to do so if I find it necessary. For instance, divulging somebody’s personal contact information (even your own) is probably not going to be welcome, and anything overtly spammy or trollish will probably go, too. (The former more easily than the latter, so long as the trolling isn’t particularly abusive to other commenters.)

The sites I respect most have a fairly open comment policy and allow threads to police themselves. I’d like to maintain a similar atmosphere here, but, again, that is subject to change the moment I feel something needs to go. If you think I deleted (or edited, though I’m far more likely to delete) a comment of yours unfairly, please contact me and I’ll be happy to hear you out.

Also, I have a bit of a hyperactive Spam filter. It doesn’t happen often, but every so often a legitimate comment will get stuck in it. If your comment doesn’t display, get in touch and I’ll push it through manually.

* The vagueness is so I won’t have to update this for a while.  I’ve thought of everything.