This is Casey Roberson, one of Philip’s friends. I’ve hesitated to make a post here, as I have no intention of acting like this blog is mine to do what I want with, and certainly don’t want to create that suspicion by posting. But you all deserve an update on what’s going on with the site, and some of these updates have a timeframe attached. And there will certainly be more updates in the future. So my plan is to simply edit this post as things come up, so that Philip’s work does not get pushed down–or worse, off–the front page.

At the moment, there are three things I would like you to know about.

I hope that link works. If it doesn’t, type “how to search for Kickstarter campaigns on Google” into your favorite search engine.

The Wolfman, I hope, will be the first of a few posthumous books by Philip.

Two (this is two in the list of three things I mentioned above) is that we are putting together a retrospective of Philip’s work on the Xmas Bash!. We are going to show six Christmas specials – one from each year of Philip’s Bash!es – as well as some of the music videos and other media that (I think) were the most memorable. I also have some hosting segments from previous years which I will include. I’ll do some hosting segments myself, to introduce the things we show, and these will be more serious in tone. It could get heavy at any moment–grief is like that–and I will make a video file of the Bashtrospective available that you can watch any time.

It will, like last year’s Xmas Bash, take place on Discord, at this link:

It will happen Saturday, October 29, from 7PM to Midnight, Eastern time. 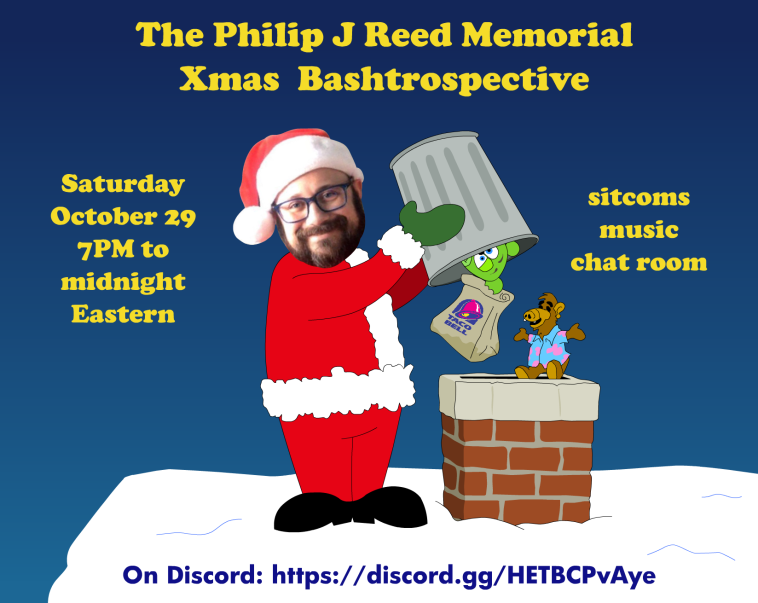 (Two and a half is that there will be an Xmas Bash! this year, and I will give more details about that one after the Bashtrospective has taken place.)

Three is that we are working on making sure the site stays up. We, in this case, is myself and Philip’s family, trying to get access to Philip’s email, so that I can move Noiseless Chatter over to my hosting plan. We don’t know when the current hosting now expires, so if we don’t get it in time, commenter Aidan has backed up the whole site here:

I think I remember someone else making a backup too. I just can’t find it at the moment, and the past two months have been rough, so my apologies for forgetting who did it and where it is.

I hope you are all well, and if you’ll permit a small personal note, thank you for being Philip’s friends. He exists in your memories now, so please take good care of him.

They came very close a few times in the past. Eventually, I got worn down enough that they won. I’m sorry. If it’s any consolation, I tried. I tried very, very hard for a very, very long time.

I cannot thank all of you enough. For all of my misfortune to have had to deal with mental health problems and neurological issues for so long, I’ve always been exceptionally fortunate — beyond all reason or explanation — to have a better audience than I’ve ever deserved. I’ve also consistently had better friends than I ever deserved. In a lot of ways, I’ve been very lucky.

But I am so tired. I am so drained. I have fought every day of my life to keep my head above water. The water keeps rising. It rises more quickly now than it did before, and for years it has seemed as though it does not stop.

I don’t know how long the site will stay up. I believe that it is paid for through the end of the year. If there is anything here that you would like to keep, take it. I wish I were able to leave it with you in better shape than it is.

Thank you again. Be stronger, be better, and above all please be good to yourselves. 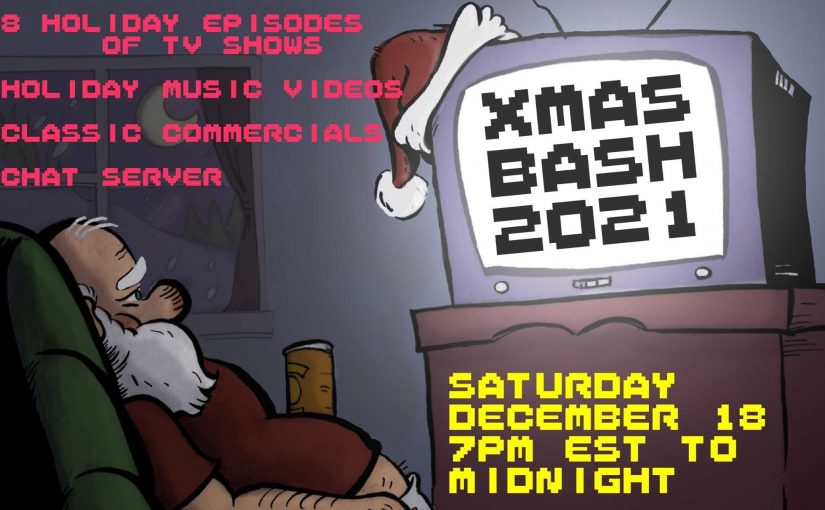 Just a quick note to say that there will be an Xmas Bash this year, but I will not be hosting it. Friend of the website Casey Roberson is taking over as host, handling the programming, and probably doing other things that can’t be mentioned in polite company. (Friend of the website Adam Lore has provided the promotional artwork.)

The event benefits The Trevor Project and seems like it will consist of similar content to previous Bash events. I say “seems like” because I have no idea what you will or won’t see, so that will be a nice change of pace for me.

You can register at this Facebook link, where more information will be posted as it becomes available. I hope you are all well and I hope to see you there. Thank you.