Every week until the release of The Lost Worlds of Power, one author selected for inclusion will be given the floor. I’ve asked them to talk about themselves, their approach to the project, and anything else they’d like to say up front. I’ve also asked them to avoid spoilers, so have no fear of those. Anyway, week two: Jeffrey Zoerner, author of “Renegade.” 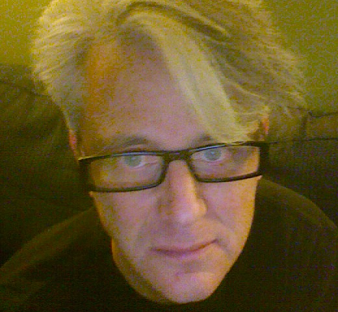 Greetings, earthlings. My name is Jeff Zoerner, and I was lucky enough to have “Renegade,” my submission to the Lost Worlds of Power project, accepted for inclusion. Wow, you must be thinking, now I want to learn all about this guy. No problem. I will indulge your curiosity by presenting myself in easy-to-read question and answer format. You’re welcome!

Who are you?
I am a complete fucking loser. Unfortunately, everybody loves me, so I can’t kill myself. That would be cruel.

So when I saw the call for submissions for the Lost Worlds of Power compilation, my interest was piqued. A chance for redemption!

What are your qualifications to write about video games?
Back in the day, a friend got me hooked on Asteroids, the arcade game by Atari. Eventually, it took over my life. I’d have a term paper due the next day, and I’d be at the 24-hour donut shop at 2:00 am with my friends playing Asteroids. I remember once I told my friend I’d raided my mother’s purse to get quarters to play. He said, “Stealing to support your habit. That’s a bad sign.” He was right.

I wasn’t some pussy-footing, path-of-least-resistance, rake-up-the-points player, either. I liked to get in there and shoot things. Especially sentient things, like those sneaky little fuckers flying around in spaceships. I was the John Wayne Gacy of killing those guys…except I didn’t fuck them first. But I would have if I could have.

So those are my qualifications.

But surely you’re a gamer now, right?
Fuck no! After the Asteroids phenomenon ran its course, I lost all interest in gaming. And so, like Jackie Paper, I came no more. I never played a video game again.

In fact, over time, I learned to hold them in contempt. Nowadays they seem to be a vehicle for steering young people away from books and other activities that encourage critical thinking and into mindless acquiescence to whatever is put in front of them. On the internets, I’ve found that whenever I encounter a real bonehead, there is a 95% chance that the person has the word “gamer” in his user name…LAgamer4lif, or whatever. If you trace the phenomenon back far enough, I’m sure Dick Cheney is in some way involved.

I don’t hate all gamers, though…I can’t, since I have several friends who love gaming. Relatives too…in fact, during a fairly recent visit to the UAE, my nephews tried to teach me to handle a Nintendo console (or whatever the big game manufacturer is today). The results were so embarrassing they politely lapsed into “I am dealing with a mentally retarded person” mode before giving me up as a lost cause. Sigh.

God damn! So why did you submit something for this collection?
While perusing the list of eligible subjects, I came across the game Renegade. Renegade is a dude who goes around kicking the crap out of people — a timeless entertainment theme that cannot, in my opinion, be improved upon. Also, I am a fan of combat sports — boxing, wrestling, mixed martial arts — so I thought I could have a credible go at it.

Also, Renegade’s official name is Mr. K. That sealed the deal. You will see why once you read the story…provided, of course, you recognize the literary reference! Moo ha ha ha!

So, have you ever actually played Renegade?
Are you kidding? I have things to do, people to see. But I did watch a run-through of it on YouTube for a minute or two. Now stop questioning my credentials, you twit.

But if you are such a loser, why should I read your submission?
Because losers have nothing better to do than to sit around and write novellas about games they’ve never played. Also, all jocks think about is sports…all losers think about is sex.

Oh, wait…there is no sex in “Renegade.” Although I did whack off quite a bit while writing it. And that reminds me; I recently made up a riddle.

What does Mr. Miyagi do every time he thinks about the Karate Kid?

Oh, yeah! Wit like this — that’s why you should read “Renegade.” I rest my case.

Awesome! Thanks, Jeff. You may think you’re a loser, but I’ve really grown to love you over the course of reading this.
Thanks, man. I appreciate it. Now read the goddamn book.