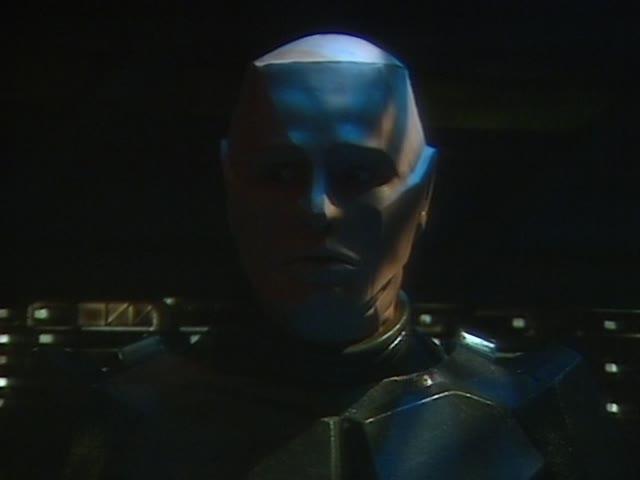 There are a few reasons for this, and a few impacts to the site. I’ll get to the latter in a moment but, first, an explanation:

I don’t have one. Things are tough. I don’t think there’s anybody in the world who doesn’t understand that to some degree right now. I’m not a special case. Things are very, very, very difficult all around for a multitude of reasons. In addition, however, I struggle with chronic depression, often leaving me drained even during those quiet moments when nothing is pressing down upon me. Also, I am attempting to make my living as a writer and editor. That’s great. I don’t regret it. But it’s also very difficult and time consuming. (I’m sure you could have guessed that, but it’s worth being clear.) The time that I have to spare for this site and a few other hobbies is…limited, to say the least.

None of which is to say that I don’t want to write things, or can’t think of what to write. In the case of October’s Trilogy of Terror, I even wrote it. For personal reasons, I had to scrap it. Maybe I’ll post it eventually. I can’t be sure. I’m sorry that I promised what I could then not provide. That’s on me.

I have other pieces I’ve written, but which need to be edited, formatted, stuffed full of images and so on, and I just haven’t gotten around to it. No excuses; just a fact. Like I said, things are tough.

Now, the impact to the site:

You’ll probably have noticed that comments have been disabled. This does not please me. This is not what I wanted. And yet, I think I’m stuck with it, unless anyone has ideas better than the one I’ll propose momentarily.

The problem is twofold. The lack of time, sure, but also the fact that the site has been online long enough now that there is a lot of content and a lot of people find it. What a problem to have, right?

What I don’t like is when commenters go after each other. I don’t like seeing that somebody who left a comment in, say, 2015, gets genuine abuse from a passing visitor who isn’t part of this community anyway. Is disagreement welcome? Always. I’ve never interfered with that. Is abuse welcome? Never, under any circumstances. It never has been and it never will be.

My job isn’t to police the internet, but here, on this site, on my site, I have the right to maintain to the best of my ability the atmosphere that I wish to create. I want people to feel welcome and safe. I want people to discuss things and share their experiences. I want people to know that they won’t face antagonism and cruelty when they share their thoughts here. People face it in many other places. I’d prefer not to add to that number. Nobody needs to add to that number. It’s high enough. Everyone on Earth can be abused through multiple channels. If it’s that important to you to abuse others, go for it. I can’t stop you. But it won’t happen here.

For years, I didn’t have to delete comments due to their content. In the past year, I’ve had to do it often. So often that I couldn’t keep up with it. The comments lingered. People got hurt. Fights started.

And then, the icing on the cake, one particular commenter repeatedly shared a very unwelcome, upsetting perspective that I won’t discuss. But it was enough for me to know that it had no place here and would also never be welcome here.

I deactivated comments. I can reactivate them, sure, but I won’t be around often enough to keep them clean. There are too many now. Most of them, by far, are still great, funny, constructive, insightful, and so on. But the small percentage that aren’t are still numerous enough that I’ll end up missing them, overlooking them, or being unable to address them in a timely manner.

So I had a choice. I could either shut down comments, or I could run a site full of the things I already wish I could avoid elsewhere. It was no choice at all.

But that also means that I lose the discussion piece, which I value deeply, and which my visitors deserve. Why should they be silenced because a few clowns can’t behave themselves in public?

I don’t know that there is an easy answer, but I’ve come up with what I hope is a start. I will allow comments on posts for two months. That should be plenty of time for people to read it, share their thoughts, and comment if they see fit. After that, it gets locked.

This is an imperfect solution, but I think two months will allow enough time for conversation to take place, while also preventing things from snowballing to the point that the comments on each article are no longer constructive.

I don’t know. I’m open to ideas. And, for the first time in a few months, you can share them right below this post. I’ll use this as a test. I also have another, proper post that should go live very soon, and we can test it there for real.

It’s important to me that I’m not operating just another internet shithole. I’d rather the site be completely dead. If you’d prefer the shithole, then I have great news for you: You aren’t starved for options.

Reach out and let me know what you think. I’m all ears.

(Header image from The Smega-Drive, which is a brilliant resource for Red Dwarf screengrabs. Don’t let the fact that I needed the dreariest image fool you.)

For personal reasons I will not be able to post the Trilogy of Terror stuff this year. Thank you for understanding. I apologize for the short notice.

Many thanks to everyone who was able to tune in to the Monster Bash! Hopefully everything went well, because Discord might be an actual streaming solution moving forward. Getting the episodes together for this one was a lot of fun, and I got to share a few shows that I wasn’t able to show an Xmas Bash! Also, I found more than enough content to justify another one of these if there’s any interest. At some point. Maybe.

For now, though, here are the spoo-ooky episodes we enjoyed:

And if you want to buy a copy of my book, I won’t stop you. Thank you for being there, and I hope you enjoyed.

It’s time! The stream begins at 8:00 pm Eastern, which is about an hour from me posting this.

Head over to this link and join the fun! You still have a bit of time to set up an account if necessary.

You can find instructions for how to join and watch the video right here.

Don’t forget; I am hosting a virtual book launch Saturday, August 22 at 8:00 p.m. Eastern time to celebrate the release of my book on Resident Evil. I have no idea what time that is where you live, but you can go here and enter your time zone in the “to” field to find out! So go do that first.

Once you know WHEN THE THING IS, you’ll want to know how to join in the fun.

First, let me tell you what the fun involves!

It’s basically an Xmas Bash! and it makes up for the fact that I didn’t have one last year. So there. We’re even. Come and shut up.

Anyway! We will be streaming through Discord this time, which seems like it will be easy to use. I can’t wait to learn how wrong I am.

Here’s what you will need to do in order to join:

Step 1: Create a Discord account. Visit Discord and create an account. (If you have one already CONGRATULATIONS.) You may also want to download the client (it’s free), or you can use the browser version. Your call, but make sure you create an account. You can upload avatars and all that junk, too. I don’t care. Basically, though, make sure you take care of all that stuff ahead of time, because it’s the time-consuming part and there is NOT MUCH TIME LEFT TO CONSUME.

Step 3: Join the text chat. On the left side of the screen you should see a Text Channel: General option. Click that and you’ll see the text chat. Feel free to type nonsense to make sure your account is working. That’s what we’ll be doing the night of the Bash! anyway.

Step 4: Connect to the video! Everything else you can do ahead of time. This step, however, you can’t do until the stream actually begins. First, look beneath the text channels and you will see Voice Channels: Bash Channel. Click on it to join. Make sure your microphone is muted.

You should see my name there with a red LIVE next to it. Hover over my name and a window will appear with the option to Watch Stream. Click that option.

The video will start playing. That’s all you need to do if you just want to watch the video, but if you want to participate in the chat (or even read the chat) you have a few more clicks to go. In the lower right of the video window, you should see an option to Pop Out. Click that.

The video should now be in a window you can move around and resize on its own. Stick it WHEREVER YOU WANT TO STICK IT and then click on Text Channel: General again. You’ll be able to participate in chat as the video plays.

And that’s it! Definitely get your account set up and test the chat ahead of time, so you can be ready when the Bash! begins. It will be THE SCARIEST THING POSSIBLE that could also have conceivably aired on TGIF.

Be there or be…dead, I don’t know, I’m not the Crypt Keeper.