This week sees the release of The Lost Worlds of Power, Volume 0 as a Groupees exclusive. It contains a total of five stories, unique to this collection, and each with its own illustration. For that reason, this week will be given over to spotlighting one of the featured authors every day. Today, Chris Gomez, author of “Kirby’s Adventure.” 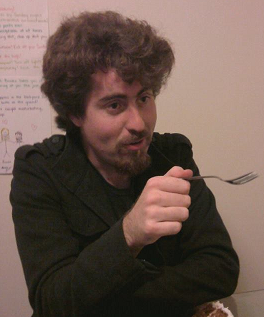 In early January, two post-college friends, one having majored in Creative Writing, the other in Philosophy, convened at the latter’s house in San Francisco to declare a weekend-long “Writing Bunker.” They would not leave the house until Sunday night, in hopes that each would help motivate the other to finish his current project. With groceries stockpiled and a tight schedule typed up into Google Calendar, the two aspiring writers set themselves to the task at hand.

I am the philosophy student, and “Kirby’s Adventure” is the absurd monstrosity I finished writing that weekend. I have no real formal training in writing fiction, but I’ve always been terribly fascinated by stories, and every once in a while I feel like I have the makings of a fiction piece brewing in my head. Usually they never make it out on to paper or into a computer. 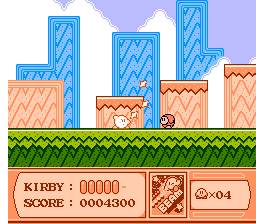 It’s time I start changing that. Few things are worse, professionally speaking, than being a 20-something writer who never writes.

The Lost Worlds of Power project appealed to me for two big reasons. First, I was having a hard time motivating myself to write, and having a deadline of some kind usually helps me. Second, I love every era of video game history, but I love few periods more than the early 90s of crap-shoot console game advertising.

I was born just a few years too late to be able to really appreciate the NES in its unchallenged kingly years, and while I’ve played and love a bunch of the system’s best games, I wanted to write something that was much more in my wheelhouse. 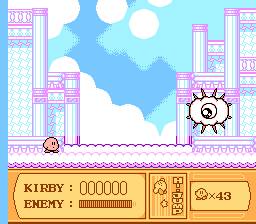 It’s a lucky thing then that Kirby’s Adventure came out in 1993, right in the thick of the sneering, in-your-face, bad-attitude tween years of console gaming, and what better way to totally misinterpret the most adorable, happy-go-lucky Nintendo hero than by tarring and feathering him with the essence of Vanilla Ice and grunge rock?

This joke isn’t a new one, though. There’s even a name for the fact that Kirby’s face tends to get photoshopped to have a scowling frown on American cover art: “Kirby is Hardcore.” So to spruce things up and add a few layers to the idea, I didn’t just want to use dated slang.

I wanted to fill the story’s chapters with out-of-left-field references to 90s kid/nerd culture, but also give it an undercurrent of sleazy insincerity. I tried to put myself in the mindset of an over-worked, underpaid ad-man at Nintendo of America, trying his best to figure out what those damn kids are all on about these days. 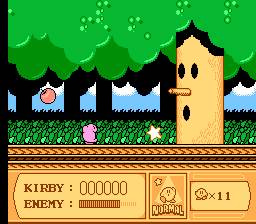 Alright I’ve got seven ads to draft up for Nintendo Power this month, what I gonna do for this damn pink puff ball? Skateboards? Pogs – what the hell are those things anyway? Ahh, I got it. Ninjas! The kids love ninjas! And comic books! With that demon fella, Spawn! He’s got a skateboard, right?

So I invented awkward sounding slang and jammed obtrusive product placement in at key moments. I even looked up ad copy for old 90s action figures for inspiration if I felt like I was repeating myself or running out of words and phrases to slam together. 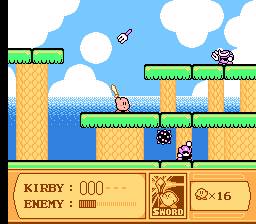 All of this was built off of a skeleton of plot-point notes I threw together as I re-played Kirby’s Adventure, trying to figure out which levels had the most dramatic potential. It was a surprisingly inspiring play-through, given that Kirby games are chock full of mini-bosses, which lend themselves to character conflict pretty easily.

I ultimately wanted to write something with no redeeming value beyond being ridiculous, stupid, and funny. Which is usually the opposite of the kinds of things I write, and I’m pretty happy with the results.

My sincerest hope is that when people read this thing, they react to it with a mixture of embarrassment and nostalgia, breaking down into uncontrollable, befuddled giggles.

At least, that’s what I do when I re-read it.