This week sees the release of The Lost Worlds of Power, Volume 0 as a Groupees exclusive. It contains a total of five stories, unique to this collection, and each with its own illustration. For that reason, this week will be given over to spotlighting one of the featured authors every day. Today, Lucas Hale, author of “Balloon Fight.” 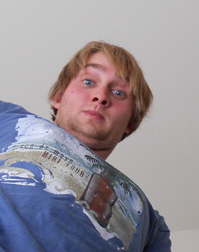 I currently reside in California at the far east of the Bay Area with my wife and doggy daughter. I have a Ph.D. and came to California to pursue scientific research. While I have about a dozen published technical papers, I’m thrilled to announce that this is the first time that a creative work of mine is being printed.

A few years ago, I got the urge to do something creative to counteract the preciseness of scientific research and writing. My drawing is on par with a sixth grader and my wife has banned me from singing, so I took up writing.

Most things I write are not worth sharing, as I get distracted easily from my hobby by things such as work, family, reading and video games. Although work hasn’t been as much of an issue lately, in part due to congress failing to agree on a budget last year. 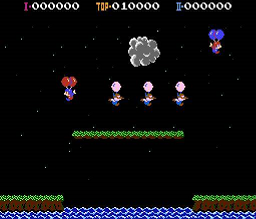 I’ve been addicted to surfing Nintendo Life for too many years now. It’s there where I first saw Philip’s review of the Castlevania 2 Worlds of Power book. Seeing it me inspired to write my own review of video game based novels. And as luck (or shame) would have it, I happen to have the entire set of twelve Nintendo Adventure Books which I purchased new way back in the day. For those who don’t know, those are choose your own adventure style books based on Mario and Zelda games.

If anyone is intrigued, I’ve posted the ones I’ve finished here. But don’t expect much. My rate so far for writing the reviews is on par with Philip’s rate on the Worlds of Power reviews (as in two). 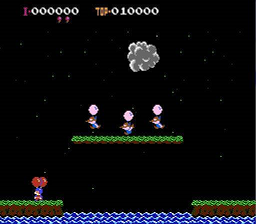 It was, of course, on Nintendo Life where I saw the announcement for this contest. The timing corresponded well with my sudden increase in free time. I was therefore tempted to write a tale or two. Then I forgot about the contest since people were telling me to apply for jobs and go on interviews and such. When I remembered again, I tracked down the information to make sure that I hadn’t missed the deadline, and turned out my story in a week of madness.

I wanted to take a nice, simple, innocent NES game and twist it into something wonderfully horrifying. I skimmed through an online list and the perfect selection popped out at me: Balloon Fight. 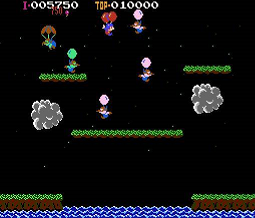 Cute little kids floating through the air to pop each other’s bright balloons in an EPIC BATTLE TO THE DEATH! Mix in a little Hunger Games and Running Man, and I was set.

I did extensive (five minutes of) background research to ensure that my story was true to the source material. I even went so far as to watch Youtube videos of good players for both game modes. As such, one could call my story a historical fiction. If they had no concept of reality.

The story itself is dramatic, but I tried to not take it too seriously. In addition to game referential humor, there is some cruel, dark comedy associated with an announcer firing out cheesy 1980s action movie style one liners after violent events. This contrasted nicely with the emotional scarring of the characters following such events. Anyways, there’s not much more that I can say about a short story based on an even shorter video game without spoiling anything. 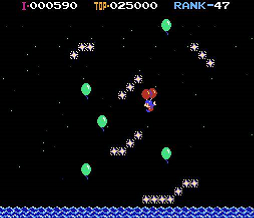 Go onto Groupees and buy the bundle. Make something useful come out of a fantasy story of kid-on-kid violence by having your money go to a good cause. Enjoy the content and support everyone who was part of this project. Call your mother and tell her you love her. Run through the streets naked screaming about killer moths.

Okay, maybe not that last one, but go do the rest right now!

Many, many thanks to Philip and everyone else working on this project for their dedication and commitment for creating something out of nothing in such a short time. It’s truly amazing to me that something I wrote is going to be part of such a professionally done publication, and so quickly! I’m sure all of the authors appreciate everything that was done in getting out stories out there. I can’t wait to get both volumes so that I can enjoy all of the stories and artwork.