Every week until the release of The Lost Worlds of Power, one author selected for inclusion will be given the floor. I’ve asked them to talk about themselves, their approach to the project, and anything else they’d like to say up front. I’ve also asked them to avoid spoilers, so have no fear of those. Anyway, week six: James Lawless, author of “Marble Madness,” and co-editor of The Lost Worlds of Power. 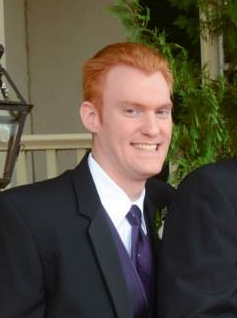 I have a confession to make. This is all my fault. Sorry everyone.

It was back in October, shortly after Phil had posted his review of the Mega Man 2 novelization on Nintendo Life. After reading through it, I sent Phil an e-mail suggesting that he write his own novelization of an old Nintendo game for National Novel Writing Month. See how he could do writing a book about a game that may or may not have a plot under an arbitrary deadline.

“Alright, smart guy,” I wrote in the e-mail, “let’s see if you can do better. See if you can take your audience on a journey that’s any better than the original Worlds of Power books.”

Phil looked me straight in the eye (as well as he could via e-mail anyway), and said the line spoken by all the greatest men and bravest warriors in history: “I will if you will!” 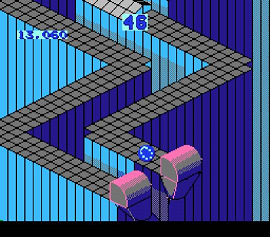 It’s a response I was prepared for, because, really, a challenge like this really ought to be shared.

And I knew exactly which game I would pick. A game I liked as a child, but really came to enjoy as I got older. In our age of movies being made out of games with no particular plot, my go-to game of “what will they try next” has always been Marble Madness.

This was my opportunity to give it a story. 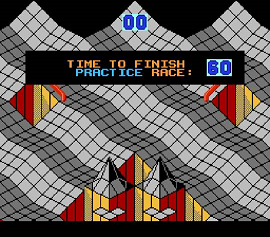 What I was not prepared for was how long and difficult this writing process would be. Jamming a story into a game about marbles rolling through an obstacle course is indeed harder than it sounds. Not to mention, we’re writing in the style of a Worlds of Power novel. So while it’s supposed to be hokey and contrived, it can’t be so much so as to make it unenjoyable to read. After all, we have the original Worlds of Power novels for that.

So it was decided; we would spend November, National Novel Writing Month, writing our novelizations of Nintendo games, Phil taking Battletoads, and I, Marble Madness.

Shortly thereafter, Phil e-mails me again with an idea: how about we put out a call for submissions, and turn this thing into an anthology? This is the part of the story where I must deeply and sincerely apologize to all of the writers and all of our future readers. Because if I had just said no, I could have saved us all a bunch of time and heartache. 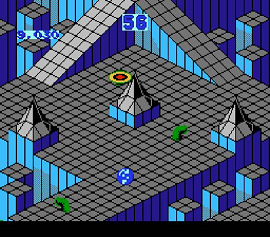 After all, as hard as it was to put a story on top of Marble Madness, I can only imagine how hard it was for the rest of you. My apologies.

So why did I pick Marble Madness? The game and I have a long history. It was among the first Nintendo games we had when I was young. I spent many hours playing it, though I wasn’t particularly good at it (a recurring theme in my childhood video gaming). When I got older, I discovered one of my friends also owned it. We started playing it at sleepovers, leading to long, knock-down, drag-out competitions.

It’s the game that has always struck me as the most inane game to make a movie out of. Other people think of Tetris, but to me, it’s always been Marble Madness. Tetris, as a game, has a long history behind it, which could lead to a good movie. Also, I feel like Tetris has a lot of game-within-a-game potential.

But Marble Madness is a marble rolling through an obstacle course. It’s never really struck as a game you could do very much with. 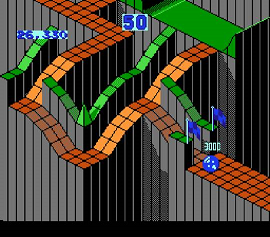 That’s why I wanted it to be the subject of my novel.

So here we are. One volume of Lost Worlds of Power is already out, and the official volume is on the way. Neither Phil nor I thought we’d have this level of demand. Who knew that novelizing old Nintendo games would be such a popular idea.

Again, my apologies for the inconvenience.