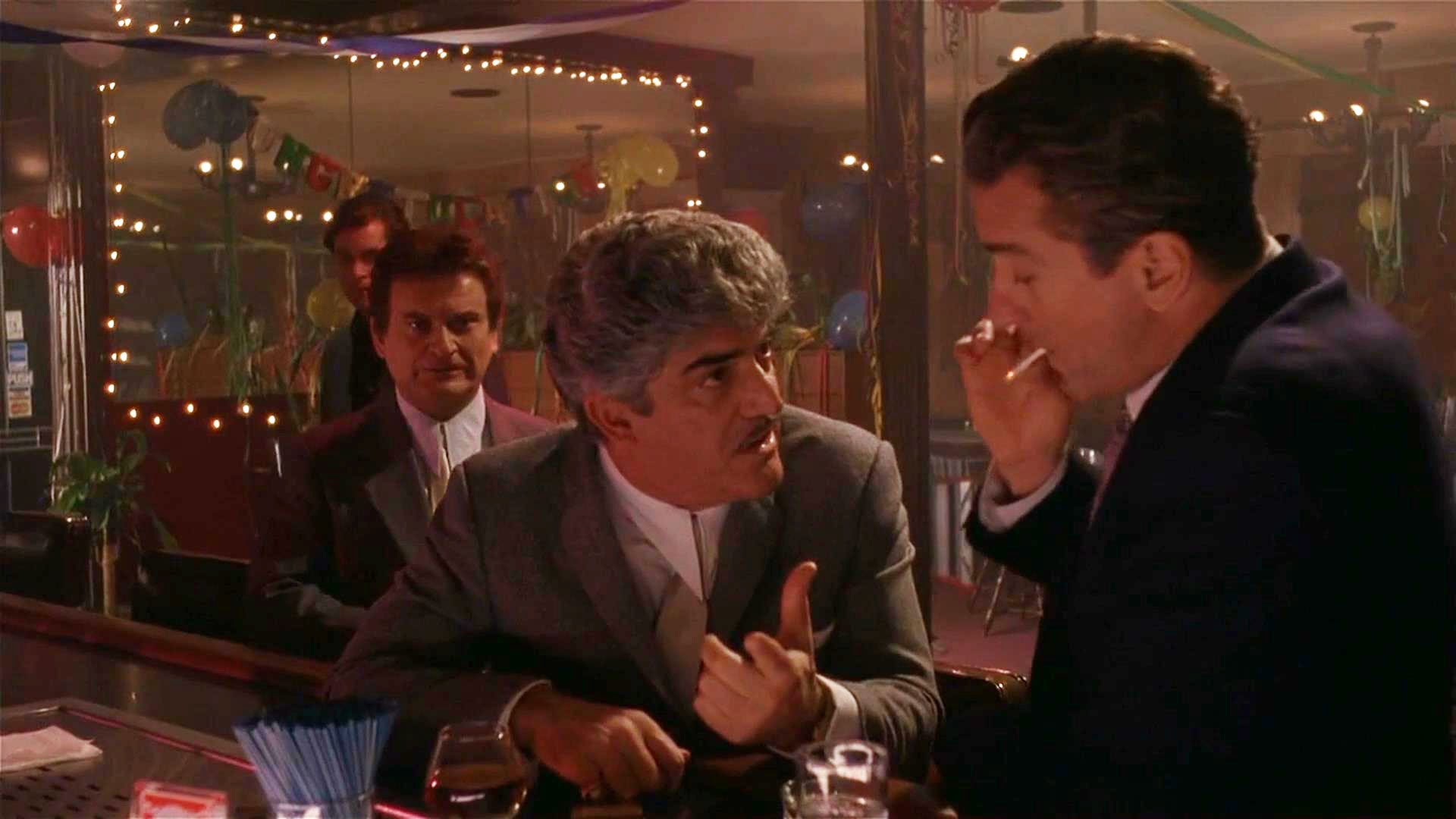 I loved Goodfellas when I was younger. Well, okay, I still do. It’s a brilliant film, and occupies a pretty high spot on my list of all time favorites, but it was especially meaningful to me when I discovered it in middle school or so. It was the first film that I didn’t just enjoy, but that I appreciated.

It is, unquestionably, an artistic masterpiece. It has to be, because when I first saw it I had no concept of the language of film, and very little idea that the medium could be meaningful. I liked things or didn’t like things…there was little I could articulate beyond that, and little I could understand.

Goodfellas was the film that punctured that bubble for me. It was something I enjoyed, but it also impressed me in ways I’m still figuring out decades later.

Scorsese’s visual mastery, for instance, was arresting. I sat rapt, over and over, watching the same scenes unfold in ways that felt fresh and new every time. And for a good long while, this was the film I’d point to whenever I wanted an example of a director who used existing pop music as perfectly integrated components of his own work. The body discovery sequence set to the piano outro from “Layla” deserves to be in some cross-media hall of fame.

It was — and continues to be — a movie that affects me in ways I don’t fully have language to express, and while there’s a lot that remains beyond my cinematic understanding, I’ve always had a logistical question regarding the climax to the famous “shinebox” sequence.

In the film, a made man named Billy Batts is celebrating his homecoming in a bar owned (or at least controlled) by Henry Hill (Ray Liotta). Batts makes an ill-advised attempt to greet Tommy (Joe Pesci), and ribs him about his childhood job shining shoes. Tommy clearly bristles at the reminder…tensions flare and are temporarily defused, but Batts asserts his dominance and insults Tommy one final time. Tommy leaves, but not without instructing Henry and Jimmy (Robert DeNiro) to “keep him here.” Later that night Tommy returns to find a much emptier bar, and our three heroes brutally murder Batts and dispose of the body.

That’s the scene. What confused me when I was younger was the role of Jimmy “The Gent” in this…specifically, how culpable he was for Batts’ murder.

When Tommy returns, Batts is speaking to Jimmy. Jimmy sees Tommy approach, and Batts does not. I couldn’t figure out at the time what Jimmy actually did next: did he grab Batts so that Tommy could beat the shit out of him? Or did he try to pull Batts away to avoid the political nightmare and fatal vengeance that indeed followed these events in the film? Yes, before long Jimmy is kicking the man to death on the bar-room floor, but that’s after the assault is already underway. Did he at first attempt to prevent it?

Now it’s clear to me that he holds Batts for Tommy to hit. I’ll blame the worn-out VHS on which I watched the film so many times for the confusion, but my original question was at least in keeping with logistical issues within the film.

Jimmy, after all, is older and more experienced than Tommy and Henry. He knows full well the danger all three of them will be in if Batts — importantly a made man — is attacked or killed by them. And though Tommy does imply he’ll return later, there’s no denying the sense of surprise (especially for Henry, the nearest thing to an audience surrogate) when he actually follows through on his threat.

Jimmy might be on Tommy’s side, but there’d be many reasons for him to prevent the assault, whether he had the foresight to think it through or simply reacted on instinct. Either way, I could understand — and must have, in some sense, wanted to see — his intervention.

But he doesn’t intervene. He holds Batts. He throws him to the floor. He helps Tommy do what Tommy came back to do.

Which itself leaves me with a new question: when did Jimmy decide to let this happen?

As outlined above, there are many reasons to stop this…and only one to let it happen: respect. Tommy, Henry, and Jimmy work together. They’ve been through a lot. They’re close. When one of their number is disrespected, it falls to others to make things right, whatever the cost.

But is it really that simple? I wonder.

Jimmy pushes back on Batts a little bit after the initial verbal confrontation with Tommy, and Batts is indeed “kept there” until Tommy returns.

But how do you read this behavior?

Did Jimmy actually know what Tommy planned on doing (again, Henry clearly did not) and made sure to facilitate it? Or was he just coincidentally talking to Batts when Tommy walked in, and decided then to help his friend enact revenge?

I honestly can’t decide. I can see it being intentional (Batts is very intoxicated when Tommy returns, which may suggest that Jimmy was plying him with alcohol to keep him weak and unaware), but at the same time that seems like a lot of work to get to an outcome that’s just as bad for Tommy as it is for Batts.

Throughout the course of the night, while waiting for Tommy to return, would Jimmy never reconsider the danger he’s placing all of them in? Letting Batts leave — or encouraging him to leave — would have let a small instance of disrespect go unpunished, but it also would have saved all of them from fatal retaliation…

…which makes me wonder if Jimmy was indeed just drinking with the man and didn’t think at all about Tommy making good on his threat until he actually shows up to do so.

I go back and forth on this one. I don’t know which is the case…if Jimmy kept Batts there expecting Tommy’s return, or if he made a split-second decision to help Tommy knowing it was too late for any other option.

So which was it? I have a feeling this isn’t even a question for many people; they’ve probably always read it one way or the other.

What I’d like to know is, which way did you read it?

4 thoughts on “Pop Questions: In Which Tommy Gets His Shinebox”