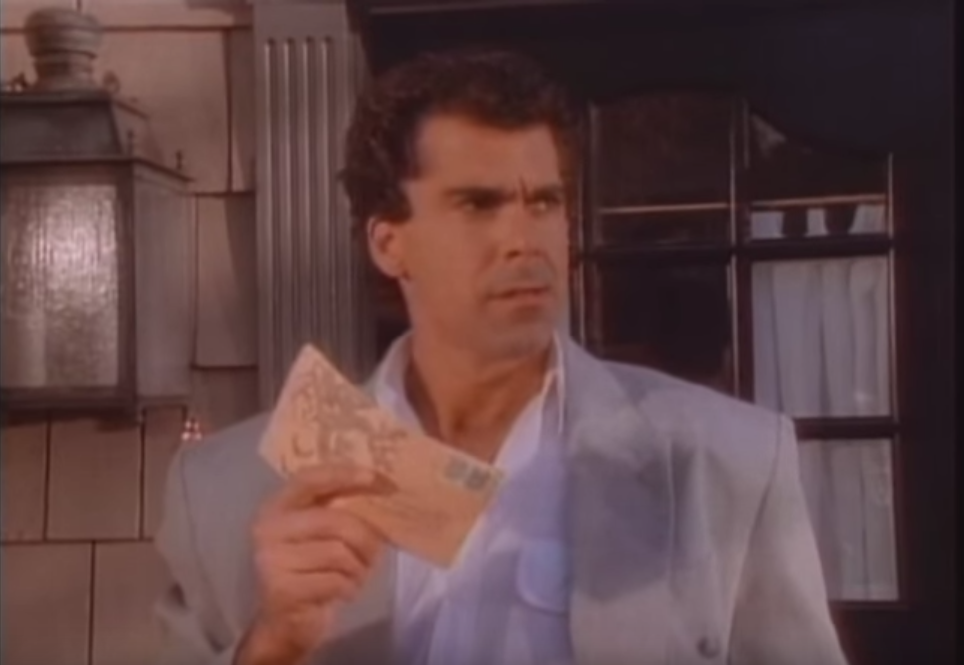 Around this time last year, my girlfriend introduced me to the music of Carman. I’ve been…fascinated ever since. And, to be frank, I’m shocked that he hasn’t been pounced upon by the relentless mockery of the wider internet.

Let me be clear at the start: I’m not, by any means, suggesting that Carman Licciardello — who performs under the mononym Carman, the spelling of which makes him sound like a Mega Man villain — should be mocked. I’m certainly not calling upon people to gang up on him or anything along those lines. Period. But I am sort of surprised it hasn’t happened naturally.

Carman is a Christian musician. Not a musician who is Christian, but rather a Christian who preaches primarily through music. I’d be tempted to call him a Christian rocker or something, but the guy raps, funks, boogies, honky-tonks, and discos across so many genres that I feel I’d be doing the sheer variety of his output a disservice by calling it anything specific at all.

No. I take that back. He’s not just bad. We’ve all heard bad musicians before. But Carman takes it further, because he doesn’t just record music; he records short films to go along with his music.

Here’s one in which he moseys into a wild west saloon and guns down Satan.

So…that happened. And this isn’t just some weird oddity of a music video from a strange point in his career. This is who Carman is. This is how he operates. Spiritual or not, you have to admit, this is terrible stuff. And yet…it’s kind of incredible.

I’m genuinely intrigued by Carman, and shocked that I’d never heard of him before. He’s exactly the blend of sincerity and absurdity that you’d think would have landed him on my radar at some point. Christ, this is exactly the sort of thing I look for every year when I curate material for the Xmas Bash!!!!!.

In fact, speaking of the Xmas Bash!!!!!, I was very tempted to include one of his specific videos this last time around. In the end I decided not to. Yeah, anything Jesus-y would fit, but if it’s not about the birth of Christ or Christmas in general, I tend to feel like it’s too much of a reach. So there was no Carman last year.

Fear not: for, behold, I bring you the video I would have shown, in which Carman parades around in lockstep and whacks on an incredibly sexy Satan with a big candy cane.

These are real. These are not supposed to be funny. And yet, when I watch them, I have to wonder if I’ve ever seen anything funnier in my life. In fact, they’re so funny that I try not to laugh, for fear of missing something even more incredible.

He’s creating these works of astounding comic genius without even realizing it. He’s the Jan Terri of Christian fundamentalism.

And while it’s tempting to assume he’s in on the joke, or at least being a bit tongue in cheek, he’s not. He’s deadly serious. He truly believes he’s saving souls, and that’s important to him. His website and any bit of promotional material I’ve seen ascribes specific figures to the number of souls he’s saved. (No clue how you’d tabulate that, personally…) The marketing materials all speak of his intensity. His passion. The great work he’s doing for God.

Not one of them ever mentions the guy’s sense of humor. Here’s why, I’m sure: he doesn’t have one.

This is just who Carman is.

Even when he accidentally channels the scene in which Homer brings Bart to a gay steel mill:

Carman’s first album was released in 1980. Since then, he’s released twenty-two more. The guy can’t stop.

And we shake our heads.

But that’s not the extent of my fascination. Sure, some guy writes awful songs and films vanity music videos, and that’s a hoot.

That isn’t all, though. Because my girlfriend was there. And remembers this music from when it was released.

She wasn’t laughing. She was terrified.

She even got dragged to a live Carman concert. (And if you’ve ever wondered if there could be a Hell, please refer to the fact that I was able to string together the words “live Carman concert.”) It was horrifying. The imagery wasn’t silly or campy to a girl that age; it was frightening.

Looking back on it, she sees that it’s all a bit ropey. But at the time, it was scary stuff. She was young and impressionable. Carman had her ear. And he didn’t use it to speak of Christ’s love or God’s plan or eternal redemption.

No. He used it to speak of Satanists, evil, demons, witchcraft, torture, torment. As he does here, in what I can assure you is the least infectious song ever written:

Is that scary? Probably not. But to a child or young adult who has been primed to fear for the safety of his or her soul, Carman’s defiant adventure in the Satanist’s dayroom feels like it has real stakes. Listeners are made to feel like they’ll need to fight every day of their lives. It suggests that conversations with people who think or believe differently than you should be confrontations.

Carman knew, and knows, that. He embraces that. You and I can watch these and laugh, but he’s not making them for us. We’re lost, as far as he’s concerned, and good riddance to us. He makes these songs, these videos, these harrowing concert experiences for those who are already scared. He taps into those insecurities, and tells his listeners that they’re right to feel insecure. Carman ministers terror. He’s inept enough that you and I think he’s a harmless clown. But to those who don’t know better, he’s a source of spiritual anguish and actual nightmares.

That’s interesting to me. Carman is far from the only person to preach a gospel of fear, but he is the only one whose methods resemble a fantasy episode of Pee-Wee’s Playhouse. See, for instance, this video, the CGI in which makes Rapsittie Street Kids look like Finding Nemo:

Legitimate kudos for the literal reading of “God is my co-pilot,” though.

Part of me wonders how spiritual Carman actually feels. Certainly Christianity is important to him, at the very least because it gave him a career and a platform for his awful, awful talents.

But then you learn that he sold his house to self-finance a film that he wrote, in which he plays a retired boxer who ministers to children.

That’s all lovely. Then you actually watch the film, and see that there’s almost no ministry or even spirituality in it at all; it’s just Carman showing off his muscles, seducing a much younger Latina, and at one point blowing up a truck full of would-be assassins. It’s Carman the action hero, when he promised his audience Carman the man of God.

Of course, that’s just ancillary material. My girlfriend and I did watch that film — it’s called The Champion, if you hate yourself — and had a good laugh at just how accidentally immoral (and often non-sensical) it turned out to be. But Carman isn’t a filmmaker; he’s a musician. If you’re going to understand the contents of his heart, his music is what you’ll need to focus on.

And, even there, something about Carman just rings false. No, I don’t enjoy his tunes, but at the same time they don’t feel…genuine.

I think I’ve figured out why. There’s something missing: there’s no humility.

When you think of godly people or godly characters or even the godly humans you encounter in the Bible, you see humility. You see other things, of course, but humility is a pretty big aspect. It’s a bit of a running theme. Hell, it’s an example.

But Carman isn’t humble. And I don’t know if you’ve noticed this in the songs embedded above, but God and Jesus get some basic lip-service now and then. It’s Satan who really interests him. It’s Satan who keeps making cameos. It’s Satan who seems to inspire Carman more than God does. God gets a “yeah, thanks” every so often; Satan gets six verses and a chorus.

In fact, there’s a lot of Christian virtue that just isn’t…there. Like, all of it. Yes, we’ve seen that you’re willing to bitchslap Satan six ways from Sunday, Carman, but where are you helping the needy? Being there for someone in need? Standing up for the oppressed? Loving the neighbor who wronged you? Donating your time and money and energy to fight for the rights of your fellow man?

I find this all to be both amusing and unnerving. Carman’s method of spreading the word of God is done in a way that honestly seems better suited to delivering the message of Satan. It’s prideful, defiant, unwilling to listen or engage, self-concerned, brutal. It’s all swagger and bravado and bluster. It’s full of spite and anger. It’s self-righteous. It’s mean.

I don’t know. I’ve never met the guy. I have nothing against him, and I find his output deeply funny. I hope you do, too.

But I also think of him a pretty amazing character. One I’d be proud of having written. Mainly because I think he’d make for a perfect protagonist in a cautionary tale.

14 thoughts on “The Devil and Carman Licciardello”