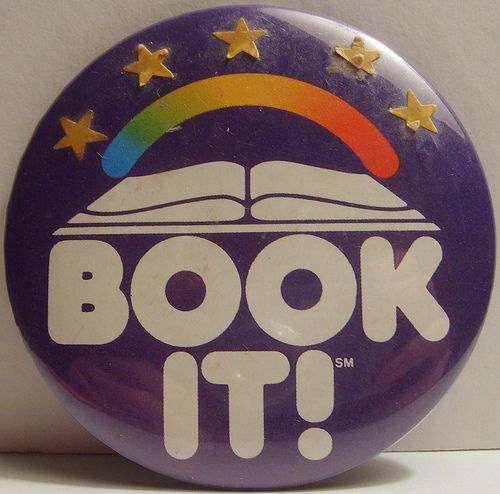 Writing has actually been important to me for longer than reading has. Don’t worry; I’m not suggesting that this is in any way a good thing. Writing without reading is almost entirely worthless for anything beyond its therapeutic value.

Eventually, I started reading as well. Nothing of much merit. Some John Grisham, some Michael Crichton, some Stephen King. The pop stars of fiction. I’d like to think I would have enjoyed actual literature, but I sure as hell wasn’t reading any, so we’ll never know for sure.

At some point in the mid-90s, looking for something to read in my high school library, I found a copy of Catch-22. I’ve already talked about what an important moment this was for me. I won’t say much more, except that this is the book that made me a writer. It’s the book that revealed to me what writing can do. It affected me in a way no work of art had ever affected me, and, suddenly, writing wasn’t just some passive hobby. It was what I wanted to do. It was the first thing I’d ever thought to take seriously.

That was around twenty years ago. In the time since, I studied literature at college. I dedicated myself to honing my craft, working with a number of deeply accomplished writers who, for reasons I’ll never understand but will always appreciate, showed me more patience and support than I deserved.

I was a kid. I was stubborn. I thought I knew more than I did.

They helped me anyway.

I joined a number of writing groups online, and met other helpful artists who guided me forward. I connected with people on various forums and shot drafts back and forth. Often the mere act of providing feedback helped me see weaknesses in my own work that I couldn’t have addressed otherwise.

I got better. I started writing for a number of different websites, all of which took a chance on me when they certainly didn’t have to, and all of which helped me to improve a little more.

I bristled. I was a writer, so I was supposed to bristle.

Then I listened. Not to everybody, of course, because there will never come a time that I’ll please everybody. But sharp criticism — even if it’s sharply phrased — was helpful to me, too. Perhaps the reader had missed my point. More often, I have to admit, I failed to deliver it clearly. I learned. My work got better still.

I started hosting my own writing workshops. I started tutoring others who wished to write better, whether for professional or personal reasons. I did my best to help them understand the lessons I had to learn painfully. I saw progress. I watched them evolve from writers at one level to writers at another. To this day I’m still not sure I’ve ever felt more satisfied than in those moments.

I got work as a writer. An an editor. As a proofreader. At some point the hobby that had become a passion had become a career. I’ve worked in television, radio, newspapers, magazines, the private sector, the government. People need writers. Countless individuals along the way had helped me become one. This was how I earned a living. If that’s where I stopped, I would have been happy.

That isn’t where I stopped.

A few weeks ago, on May 2, to be exact, I fulfilled a lifelong dream. I signed a publishing contract. I pitched an idea. Months passed. Emails were exchanged. Conversations were had. A contract was prepared. I signed it. I’m writing a book.

I can’t really offer much more in the way of detail. Well, I could, I suppose, but I’ve been asked not to. I’m happy not to!

The point is that I’ll be working on a complete draft over the course of the next few months. Noiseless Chatter won’t go away. I still intend to post new things. Maybe I’ll share some insights or anecdotes about the writing process. I’m really not sure. But as busy as things have been for me, this made them much busier overnight.

This is a good thing. Because this is what I’ve worked for. And this is where so many people in so many places for reasons I couldn’t possibly tell you helped me get here.

You, all of you, helped me get here. Those of you I went to school with, those of you who followed me here from YouTube or Nintendo Life or Adventure Game Studio, those of you who stumbled across an article I wrote here or elsewhere and stuck around…you’re the reason this is happening.

There’s another writer online I respect very much. I’ve followed his career. I’ve read much of his output. I do my best to support him whenever I can. In fact, I’m jealous of him, of his talents, of his abilities. He’s great at what he does, and he deserves everything he’s achieved.

He has a Patreon, and that seems to make the difference between whether or not he can afford groceries for the month.

I…don’t have to worry about that. My writing career isn’t as impressive or storied as his, and if we both died tomorrow he’d leave a legacy and I’d leave very little. But I can afford to eat. I can afford a place to live. I don’t have to worry about who will be sending me a check, or how much I have squirreled away in case that check doesn’t come.

I don’t just get to write; I get to make a living as a writer.

I’m a tremendously lucky person for that reason if for no other, and I don’t let myself forget that. Better writers than me struggle more than I do. Worse writers than me do much better. There’s not much in the way of correlation between talent and success. No matter how much I have of the former, I’m a very lucky person to have any of the latter.

And now I’m getting a lot further.

This opportunity will open a lot of doors for me. That’s thrilling and frightening in equal measure. I keep expecting to wake up at any point now. And, of course, I keep hoping I won’t.

The draft is coming along great. I’m excited to share it with my publisher and excited to share the details with all of you once the time is right. This is a big thing for me, and I think you’ll enjoy it.

But then I started to meet people who also weren’t doing it for the money, who were doing it because that’s who they were. They worked at grocery stores or at restaurants or at movie theaters to pay the bills, and then they’d come home and write funny, moving, thought provoking things most of the world would never even know existed.

If I hadn’t found that support, and hadn’t had that support upheld so many times over the years, I wouldn’t be a writer today. Not professionally, at least. I’d have a hard drive full of Word .docs and a pad full of notes that would go, ultimately, nowhere.

That would be okay.

But pretty soon, I get to take another step.

I hope you’ll stick around to see it through with me.