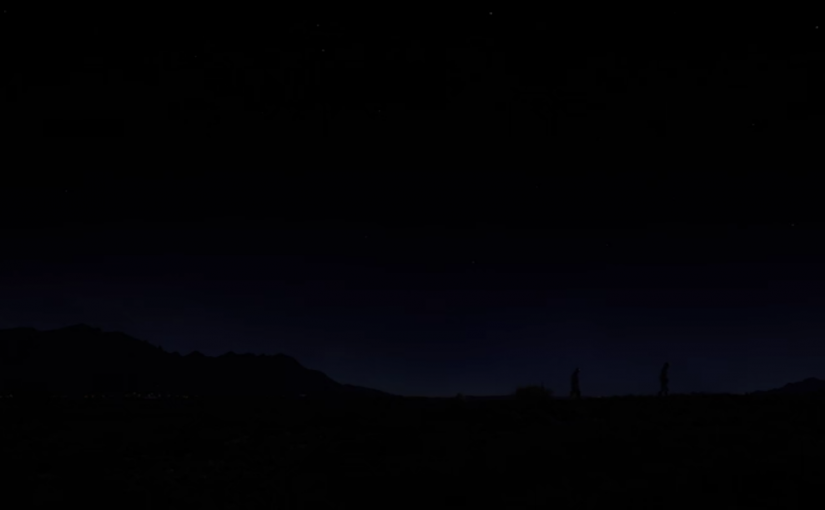 If you had asked me 10 weeks ago how excited I was to finally learn the story of how Gus dug a big hole, I would have been able to answer you very easily. But, as it has many times before, Better Call Saul found a story worth telling where I honestly would have guessed there couldn’t be any.

If season three revealed itself in its final moments to have been about Chuck, season four may have done the same thing with Mike. It’s not an easy trick to make an audience sympathize with the guy who pulls the trigger, but I was genuinely shaken up by where his story with Werner ended.

The other big thing that happened this week is that Jimmy got his license reinstated and immediately requested a DBA (doing business as) form, because he won’t be practicing as James McGill anymore. This is fine, and Jimmy’s bluff during the hearing fools even Kim (get out, Kim!), which was one of several very nice moments in his half of the episode…but it’s Mike’s that really resonated, it’s Mike’s that will echo like a gunshot in the night.

Werner was never a bad person, and Mike knew that. That’s why he stood up for him, time and again. That’s why he tried to help him. Tried to reassure him. Tried to encourage him to push through. Left to his own devices, Gus would have taken care of Werner weeks before it got to a crisis point, but Mike held him back. Mike knew Werner in a way Gus didn’t. Mike knew the guy wouldn’t be a problem.

And Werner made a fool of him. His escape last week sent Gus’ entire team on a manhunt. Even then — even as he has no choice but to hunt Werner down like an animal — Mike is trying to convince Gus not to eliminate the problem in the simplest way.

But, as Mike tells Werner late in the episode, it was never up to him.

The story of how Gus dug a big hole ended up being one of the most affecting and haunting things the show has done yet. Not because it introduced a disposable character and then disposed of him, but because of what the experience did to Mike.

Mike meets Werner and feels a degree of respect for him. Once he’s hired, Mike then treats him as a reliable partner. Somewhere down the line, Mike realizes he’s made a friend. They open up to each other. They like each other. And so when Werner, inch by inch, threatens to bring Gus’ operation crashing down, Mike makes allowances. He makes excuses. He tries to win Werner back over.

It doesn’t work. It can’t work. Mike thinks of everything. Mike knows better. But Mike wants so desperately for Werner to prove him right for believing in him that he blinds himself to the truth. Maybe we remember Kim’s relationship with Jimmy, and their own sunk costs…

It terminates in the cruelest damned scene imaginable, with Mike left to take his own friend’s life under the desert sky. It’s a very Lenny and George moment, right down to the fact that if Mike waits, someone else will come and do the deed for him. But Mike knows it’s better this way. Werner looks to the stars.

The entire scene is heartwrenching. Werner calls his wife and demands that she turn back, ensuring that the last thing she’ll ever remember him saying to her is that he doesn’t want to see her. Mike’s voice breaks as he tries to explain why there’s no other way this can end. Two men with a personal relationship know that it’s their professional relationship that will determine how this ends.

Perhaps this experience is what causes Mike to make the fatal decision to go easy on Walt in Breaking Bad. In this case, it wasn’t Mike’s decision to make. In that one, it was. He was never as close to Walt as he was to Werner, but I could understand him not wanting to pull that trigger a second time. The first time was plenty.

Mike breaks his own heart that night. Mike brings Werner to the abandoned raceway, Mike pulls the trigger, Mike carries the body back to the car. This is the life he has chosen for himself. This is a life in which you kill your friend the moment he can no longer be trusted. And, if you don’t, you pay for it yourself.

After that harrowing scene we cut to Gayle, whose giddy enthusiasm for the big hole Gus dug would normally be an episode highlight. Here, it’s all too easy to feel the weight Gus and Mike feel in the scene. They aren’t appreciative of his antics. I wasn’t, either. (And I mean that as a massive compliment to the writers.)

Even Jimmy being reinstated isn’t allowed to register as a triumph, because he hurts Kim with his phony emotions. We don’t get to believe anything will work out. Season four doesn’t let us. These characters are in their darkest corners yet, and they aren’t going to get out. They’re only going to retreat further.

Everybody has their place. Jimmy’s reminded of that this week, at a damned important crossroads in his life, when he lobbies for a young girl with a shoplifting record to get a scholarship. She’s turned her life around. She’s gotten good grades. She believes there’s something for her in the future. But when Jimmy mentions her name, all he hears in response is, “The shoplifter?”

Here’s hoping season five opens with Kim poking Jimmy in the eye and hopping in a cab back to Nebraska.

To everyone who followed these reviews this season, I hope you enjoyed. Thank you for reading.