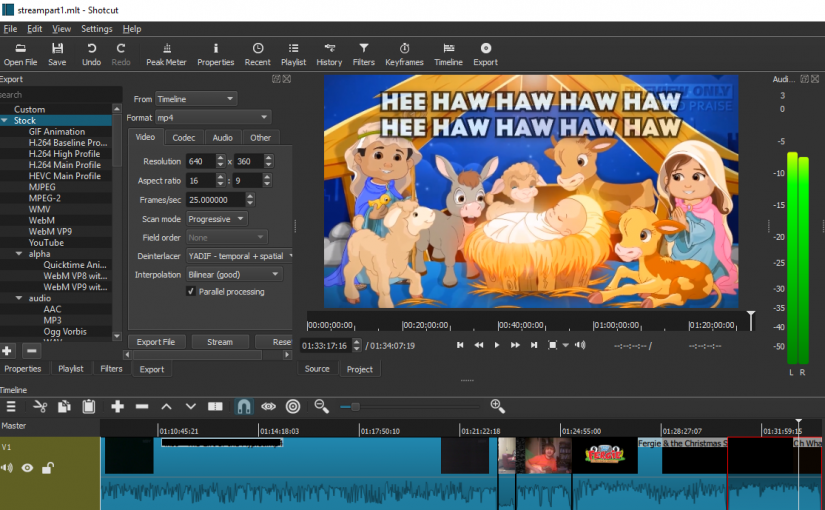 It’s nearly time for this year’s Xmas Bash!, and as you can see from the image above, I’m hard at work on getting everything ready.

So mark your calendars and clear your night for…

It’s going to be a great one. I know I say that every year, but just ask anyone who’s been to them and you will find that I AM ALWAYS TELLING THE TRUTH.

The Noiseless Chatter Xmas Bash! is a one-night-only live event, so, seriously, don’t miss it.

It’s a live stream of seven forgotten Xmas specials that I’ve dragged screaming from their graves, where they were quite comfortable. Sprinkled throughout the night are vintage commercials, bizarre Xmas music videos, host segments, original songs, and many more surprises.

Which seven specials will we air? It’s a secret! Each one is like a tiny little Xmas gift you get to unwrap with friends who are probably drunk and who are definitely going to make fun of it. It’s great!

The stream itself is completely family friendly, so if you set it up on your television you won’t have to worry about young ones (or old ones) seeing objectionable content.

No, the objectionable content can instead be found in the chat room! The best part of the stream is the live chat during which we all joke about what we’re seeing and everyone else is funnier than I am. This is the sixth year that we’re doing it, which means it’s already been the funniest night of the year five years running.

All you have to do to attend is visit this very site — the one you are on right now! — at the appointed time.

To make sure you don’t forget, and to have the date/time automatically adjusted for your region, RSVP on Facebook. This is by no means necessary, but it’s nice and convenient. And you can view this year’s trailer there right now!

Once again, we will be soliciting donations for The Trevor Project, which provides mental health counseling for LBGTQ+ youth. Donations are not mandatory at all, to be clear; the Xmas Bash! is free to attend, but The Trevor Project is a worthy and increasingly important cause, and I do hope you’ll consider donating.

In fact, you can donate ahead of time and not have to worry about missing any of the fun that night. Donations go straight to The Trevor Project and don’t come through me at all.

Now for the bad news!

…well, baddish. The Xmas Bash! has grown bigger and bigger each year since its inception, and obviously that couldn’t continue forever. I spent a good portion of my year working on a book that I hope I can tell you about very soon, which meant I had far less time to organize the stream this year.

You’re still getting five solid hours of unbelievable Xmas excrement and you’ll still be attending the single best Xmas party on the face of the Earth, but you may notice some folks and features are absent this year. It’s not for any tragic reason whatsoever; it’s just that I had to streamline things a bit if I were going to have a stream ready at all.

Believe me, though…you’re still in for a hell of a treat.

For now, I’ll drop you just a few hints about what to expect:

Again, don’t miss it. Mark your calendar, RSVP on Facebook, divorce your spouse.

That’s just a few weeks away, so feel free to start guessing the holiday horrors I will release upon you.

Here’s everything we’ve screened in the past. You ain’t seen nothing yet.