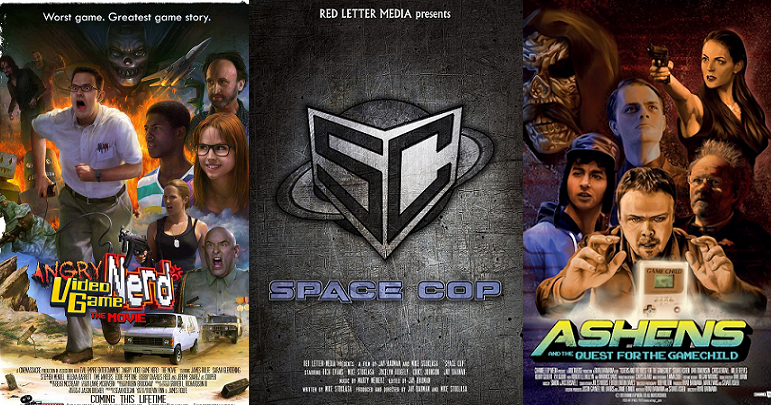 I’d like to interrupt this period of not watching “Spock’s Brain” to announce this year’s lineup for Rule of Three. If you aren’t familiar with Rule of Three, that’s your own fault; I provided a link to it at the end of the previous sentence and you chose not to click it.

This year, I’m covering something I’ve been considering since the very start of this series: films made by YouTube celebrities.

You will probably read that and think it’s a chance for me to pick on some low-budget films and make fun of people I don’t like. And that does sound like a hell of a lot of fun! But in the interests of fairness and basic human decency, I’m choosing to focus only on YouTube celebrities I actually enjoy.

These are three films that — for one reason or another — I haven’t gotten to see yet. This series gives me not only an excuse to watch them, but to discuss the creators and their work.

Maybe I’ll enjoy the films. (I certainly hope I will.) Maybe I will not. Either way, these are people I respect, and critically discussing what they did when they asked audiences for 90 minutes of their time is my way of saying thanks. You know, like I said thanks to Purple People Eater.

At the request of a few kind folks, I am now providing links to help people watch the films in advance. Please know that these are not affiliate links; I make no money from any purchases you may make, so feel free to buy them from any other service that works for you.

And now, the schedule:

Be sure to tune in Thursday, April 1, for my full review of Angry Video Game Nerd: The Movie. Followed by, hopefully, some better movies.

Thank you all, as always, for your support. I hope you enjoy this year’s essays.