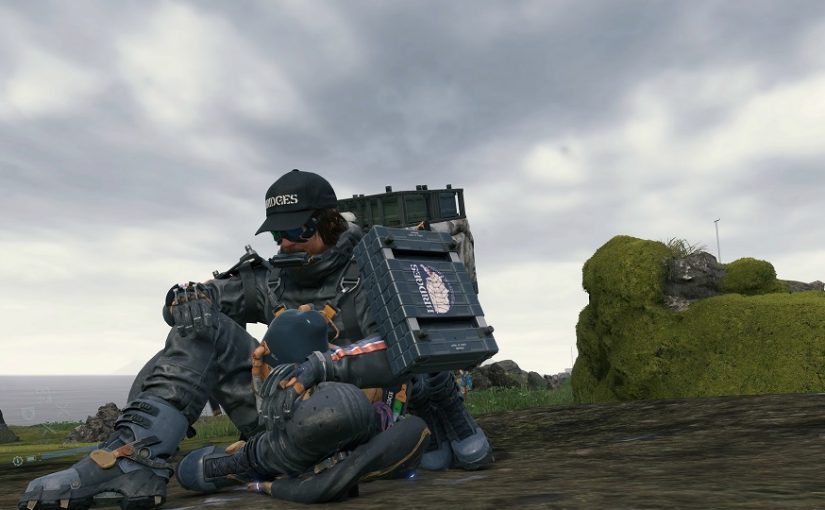 I have a bit of a strange hobby. At least, it might be strange. Maybe it’s very common, but I never hear anyone talk about it. After enjoying a TV show, a movie, or a book, I’ll assemble a soundtrack that includes all of the songs played / mentioned within. Not always, of course, but if it’s something I really enjoyed, I’ll build that soundtrack as a sort of souvenir that I can easily revisit.

In many cases, an official soundtrack will be released, so it’s mainly a matter of picking that up and filling in any blanks. Those blanks aren’t always easy to fill in, so I end up doing a bit of research, finding the right versions of the right songs, and sometimes having to make some judgment calls, but all of that is part of the fun.

I’ve done it with video games as well (mainly the Fallout series), but I never really had to do much work there. Usually, by the time I’m looking, somebody has already curated a complete list of songs, and I just get to enjoy it.

Thematically, it’s fitting that Death Stranding made me work for it. It’s also fitting that I’ll get to help others.

I ended up loving the game after not even being sure I’d like it, and the soundtrack was a big part of the reason for that. If you enjoyed the music as well and are interested in compiling the playlist for yourself, this should help a great deal.

I link below to Amazon, but they are not affiliate links. I get no reimbursement whatsoever, and I have no preference that you buy from them instead of any other service. I’ve chosen Amazon because it’s easy. If you’d rather purchase from other vendors, I encourage you to do so.

Which leads me right into my second note: Buy music. Don’t pirate it. Ditto games. Ditto anything else that you can steal. If you can steal it, don’t steal it.

I am compiling the soundtrack of the Director’s Cut version of the game, because that’s the one I played. It also added a few songs, which means the playlist is longer. That’s good!

The game includes a list of its own songs in the end credits — and most of them are available in the in-game Music Player — but some of the titles are incorrect or misleading, which might lead you to purchase the wrong thing. I’ll go over those below to help ensure you get the right one.

You might also be thinking that you’ve already heard of this Spotify playlist, which I’ve seen folks refer to as having been compiled by Hideo Kojima himself. That doesn’t seem to be true (it’s attributed to Dominik Sven, which is spelled and pronounced differently), but the playlist also manages to be both incomplete and full of songs that aren’t actually in the game. There are good songs here, so if you’d like to listen to it, I won’t stop you, but it’s not the music you hear in Death Stranding.

There are also a few “songs” in the game that don’t exist as individual recordings, so you won’t see them below. (Or, probably, anywhere.) This includes the melody that Norman Reedus sings when he bathes, the lullaby that Mads Mikkelsen sings to his child, the version of that lullaby that Reedus sometimes whistles while walking, the tune Reedus plays on his harmonica while resting, and things along those lines.

I don’t feel as though the soundtrack is incomplete without those things, especially since I’m focusing on licensed music and actual, complete songs that were produced for the game, but if you feel as though this renders the soundtrack incomplete and worthless, send me a profane email. I will read it! Or rip the audio of those things from the game, as that seems to be the only place you’ll find them.

My personal interest does not extend to the original score, but if it is of interest to you — whether on its own or as a complement to the songs on the soundtrack — you are in luck. Two volumes of the score exist. Are they complete? I don’t know. Let me know if there is anything missing, and I’ll add a note, but you will at least get a huge portion of the game’s score in two very easy packages.

For the sake of comprehensiveness, here they are. All songs across both albums are credited to composer Ludvig Forssell, except where indicated.

That was the easy stuff! Now on to the songs…

A good portion of the soundtrack was released, again, across two different official albums. The first, Death Stranding (Songs from the Video Game), includes most of the Low Roar stuff. If you’re mainly looking for their contributions, this gets you nearly all of the way there.

I do enjoy their songs, but they aren’t my favorites, even on this release. (Silent Poets ftw.) No matter what, this alone is far from complete, so we’ll need to keep going.

Buying this album nabs you:

The second, much-shorter volume is Death Stranding: Timefall. There isn’t as much here, but with Low Roar dominating the other soundtrack, this one feels much more varied. That’s not a complaint; it’s only an observation, but it does establish that Death Stranding has a broader sonic atmosphere than many folks might realize.

Things are still pretty straightforward at this point, but, for whatever reason, this release contains CHVRCHES performing “Death Stranding” again, and so far as I can tell, it’s identical to the track on the previous album. The song is incredible, but there’s no need to have it on your playlist twice.

That means that out of the eight songs on this album, we only need seven:

You’ve now bought four albums, or two if you only want the songs, but we aren’t done. We’ll need to do some digging to find the rest.

Now we’ll want to mop up the remaining songs, and we might as well start with the five Low Roar tunes that are still missing.

Next, let’s move back to another artist covered (and also not comprehensively) by the official soundtracks: Apocalyptica.

This one is a little strange, as it’s listed in the game as “Path Vol. 2.” That would be very helpful if that were actually the name of the song. Untangling things, we can learn that “Path Vol. 2” refers to a different version of “Path,” the instrumental that we got on the official soundtrack.

This version is also just called “Path,” but it features the vocals of Sandra Nasić. Confusing things further, Amazon doesn’t list Nasić as the featured vocalist on the track, but this is the one you want, and you can hear her sing a bit in the preview.

From here we can move onto anything we like, but that’s a pretty heavy stretch of songs, so let’s grab something lighter: the excellent J-pop stylings of Gen Hoshino. There’s only one of his songs in the game, but it’s “Pop Virus,” which is great and a nice breather.

There are, however, a few versions of this song floating around. I’m guessing some of them are remixes (official or otherwise), so be sure you’re getting the album version if you want what’s featured in Death Stranding. At least one of the other versions I found was brilliantly upbeat but the vaguely shuffling funk of the album version suits the game (and the playlist) better.

This one doesn’t seem to be available through Amazon, though. At least not in the USA. No idea if it’s a licensing quirk or what, but we’ll link to Apple this time.

Next, let’s knock out the only remaining artist with a single song to worry about: Midge Ure.

To do so, however, we’ll have to have to untangle another title. In game, the song is referred to only as “Fragile.” This isn’t wrong, but you specifically want “Fragile (Orchestrated),” which features a completely different arrangement, if you want to have the same heartbreaking experience from the game. (And you do, because it is phenomenal.)

If you instead pick up the song simply labeled “Fragile,” you’ll get something quite good, but not the song that’s actually featured in Death Stranding, so go with this one.

We can polish off Woodkid easily enough, as both of their songs come from the same album. You can buy the entire thing if you enjoyed these two songs, but if you just want what was in the game, grab them separately.

Which leaves us only with Biting Elbows, which is probably my favorite artist that I’ve discovered as a result of this game. These songs are great, but “Other Me” is on a whole other level of excellent.

Enough of me enjoying things, though; let’s finish up with these final three tracks. They also come from a single album, which means you can buy that instead if you want to compile your Death Stranding soundtrack and listen to more Biting Elbows. (Both of these things should be done.) If you just want the relevant songs, though, here you go.

And that’s everything I’ve found. I think it’s complete, but there could be something else hiding out there. (Or in there.)

Have I overlooked anything? It’s certainly possible, so let me know. I’ll be happy to update the list, as I hope it will help folks to find any songs they don’t have and find the correct versions of them.

Having said that, it’s possible that I did miss things or didn’t find the correct versions of songs. I did my best, but do offer any corrections if you have them. I’ll update this guide if anyone does catch an error.