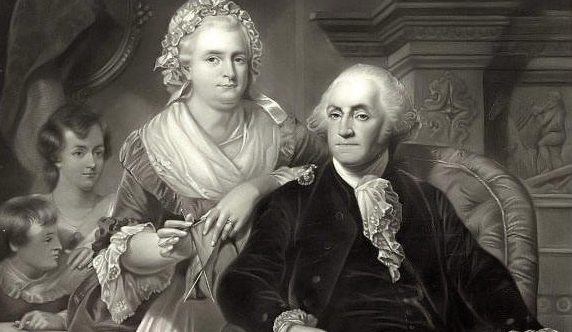 “Oh. And what happen’d to those Transits of Venus?”

“There we have acted more as philosophical Frigates, Ma’am, each detach’d upon his Commission,— whilst the ev’ryday work of the Observatories goes on as always, for the task at Greenwich, as at Paris, is to know every celestial motion so perfectly, that Sailors at last may trust their lives to this Knowledge.”

“Here,” the Col° beams, “more fame attaches to the Transits,— Observers station’d all ’round the world, even in Massachusetts,— Treasuries of all lands pouring forth gold,— ev’ry Astronomer suddenly employ’d,— and all to find a true value for the ‘Earth’s Parallax.’ Why, most of us here in Virginia wouldn’t know a Parallax from a Pinwheel if it came on up and said how-d’ye do.”

“Yet, what a Rage it was! the Transit-of-Venus Wig, that several women were seen wearing upon Broad Street, Husband, do ye remember it? a dark little round Knot against a great white powder’d sphere,—”

“And that Transit-of-Venus Pudding? Same thing, a single black Currant upon a Circular Field of White,—
– and the Sailors, with that miserable song,—

‘Tis time to set sail, [sings the Col°] Farewell, Portsmouth Ale,
Ta-ta to the gay can-tinas, For we’re off, my Girl, to the end of the world
To be there, ere the Tran-sit of Venus.
— She’s the something something,—”
“Goddess of Love,” Martha in a pleasant tho’ impatient soprano,
“— Shining above,
Without a bit of Meanness,
Tho’ we’ll have no more fun till she’s cross’d o’er the Sun,
‘Tis ho, for the Transit of Venus!
[Col° Washington joining her for the Bridge]
Out where the trade winds blow,
Further than Sailors go,
If it’s not Ice and Snow,
‘Twill be hotter than Hell, we know,
So!
Wave to your Dear, stow all your gear, and
Show a bit of Keenness,
Bid Molly adieu,
She isn’t for you,—
For you’re for the Transit of Venus!”

By the last four Bars, they are facing and gazing at one another with an Affection having to do not so much with the Lyric, as with keeping the Harmony, and finishing together.

[p284, Mason & Dixon by Thomas Pynchon. Enjoy today the Transit of Venus…an event that won’t be repeated until 2117, and which — long, long ago — heralded mankind’s alleged entry into the Age of Reason.]

One thought on “The Transit of Venus”