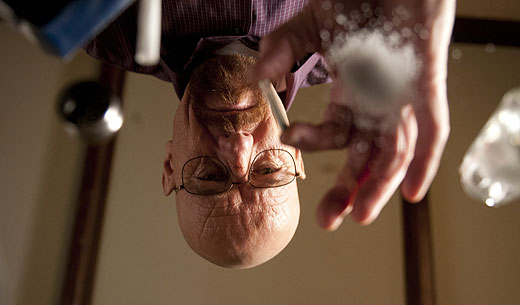 So Breaking Bad starts up again tonight. Don’t worry; I have something else planned tomorrow by way of celebration. But for now, with the inescapable commercials, and online advertisements, and interviews and so on, it’s got me thinking about spoilers.

My girlfriend and I are at the end of season two. Tonight, season five begins. We’ve got a lot of catching up to do, and we’re getting there…but we’re enjoying the ride and don’t feel too much of a need to rush. Yet whenever we see some kind of promotional material for the show, we want to look away, stop listening, change the channel…all for fear of spoilers. 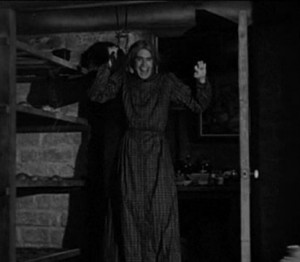 And I’m not really sure why. I’ve always maintained — and still maintain — that spoilers shouldn’t matter. If the quality of the piece of art in question is high enough (and for Breaking Bad I’d absolutely say it is) then it shouldn’t matter if you know what’s coming. The pleasure shouldn’t be found in an endless succession of surprises. The pleasure should come from the journey. From the many components that come together to create an engrossing experience.

Anyone can shock us. Anyone can jump up and yell boo. That can be a type of pleasure, but it’s not the only type of pleasure. Perhaps if we’re speaking about a summer blockbuster that has no ambition beyond thrilling us with pyrotechnics, spoilers could pull the rug out from under that film’s only trick. But if the acting is good, if the writing is solid, and if the directing is pulling everything together in the right way, then why shouldn’t that be enough?

Recently I was on a forum, and somebody made a comment about something and said, “It’s like the end of Psycho,” by way of humorous comparison. (It wasn’t actually very humorous, but there you go.) A second poster replied, “I haven’t seen Psycho, what happens?” And then the first told him to sign off immediately and go watch it.

Nothing wrong with that, but he justified this by saying something to the effect of, “Go watch it before you get spoiled. You’re very lucky if you don’t know the ending, so go watch it so you can experience it the right way.”

That’s troublesome to me on several levels. First, and less importantly, the ending was already spoiled in the thread by making that comparison in the first place. Shouting out “Go watch it now before you have the twist spoiled for you!” will keep him on guard for that twist, and that’s just as bad as — if not worse than — knowing what’s coming. 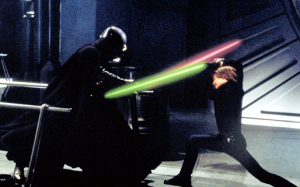 I knew the ending of Psycho well before I ever saw it. It may have even been the first thing I knew about it. Yet when I finally sat down to watch the film, I was absolutely ensnared by Hitchcock’s chilling masterpiece. It had nothing to do with not knowing what was coming next…it had to do with the film being a genuine masterwork by a man who knew what he was doing.

By now, most people know the dark secret of Norman Bates. I truly doubt, however, that it interferes with their ability to enjoy that film. If it does, then I can only concede that they must be watching films the wrong way. There’s really no other way to argue it.

When Kate and I were standing in line to see Moonrise Kingdom recently, a man walked by and shouted to everybody, “At the end of the new Wes Anderson movie, they all die.” That didn’t turn out to be true (Oops! Was that a spoiler too?), but if it had been true, so what? Does that make the journey Anderson has planned for us less magical? We may know where we end up. Does that matter? Should that matter? The film isn’t about its own final scene or scenes. If it were, it’d be around three minutes long. No, instead Anderson had more to say. We weren’t there to be shocked by an ending…we were there to be led by the wrist by a man we wished to spend time with. Is that an experience that can even be spoiled by advance knowledge?

What’s more, I knew that Rosebud was a sled. I knew that everybody rallied around George Bailey. And I know that Darth Vader is Luke Skywalker’s father. So do a lot of people. And yet I doubt that it’s interfering with their enjoyment of those films.

And why should it? Certainly the revelation of Vader’s paternity earned a few gasps in theaters, but was it what resonated most with the people in the audience? Probably not…or, at least, the shock was not what resonated most. If it had been, there wouldn’t be much of a reason to rewatch it now that that coin has been spent. And yet — and please correct me if I’m wrong — I’m under the impression that people do still rewatch the Star Wars films. 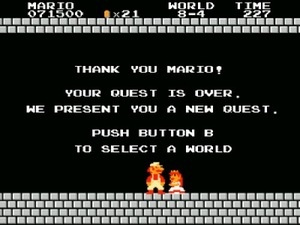 So there must be something else. People know there must be something else. After all, how many people can say that their favorite book, film, song, or anything else is something that they’ve only experienced once? No, more likely it’s something they’ve returned to — and continue to return to — many times over, despite the fact that they “know what happens.” They’re already self-spoiled. And it doesn’t detract from their enjoyment. If anything it may enhance it, as knowing what’s to come can give them a stronger appreciation for the steps the artist must take in order to arrive there.

That’s fair. That’s good. I agree with me.

And yet…I still don’t want to know what happens on Breaking Bad.

I know spoilers are a ghost we shouldn’t be afraid of…but when I see it coming, I run in the other direction.

Even though I know better.

Why? What’s so scary about knowing what’s to come? Isn’t it one of mankind’s most clearly recurring wishes to know, in some way, what the future brings? We can prepare ourselves for it. We can steel ourselves against it. We can look forward to it.

So why, given the opportunity to know the future in micro, are we so compelled to shut it out?

I don’t have an answer. I don’t know why. You can rationalize it all you like, but, in the end, we don’t want to know what comes next. At least, not until we get there.

That’s fascinating to me. Because I really, genuinely, honestly, don’t know why.