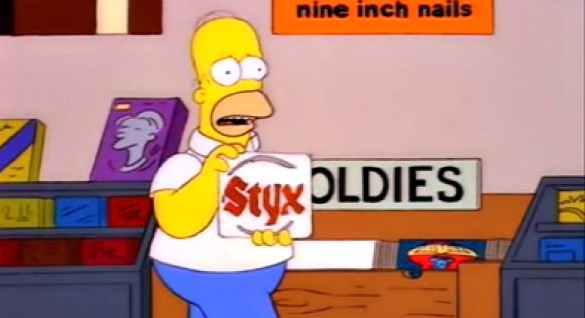 The post title here is an observation made by Homer Simpson in “Homerpalooza.” It’s stuck with me because so many times I’ve enjoyed an album, only to notice it was indeed released in 1974. So I figured I’d do a little bit of digging and put together an abbreviated list of truly great stuff released in that ostensibly magical year, and, sure enough, it looks like Homer has a legitimate argument here. I omitted anything that can’t be classified as rock, and a few others that were hugely well-received but with which I have no personal experience, and…well…it’s still a hell of a list.

No wonder the Simpsons are always in financial trouble. I’d be broke too if I lived through a year that had even a fraction of those records worth buying. Homer, you indeed win this round. If only my adolescence were as culturally rich as yours.

6 thoughts on “Everyone knows rock attained perfection in 1974. It’s a scientific fact.”