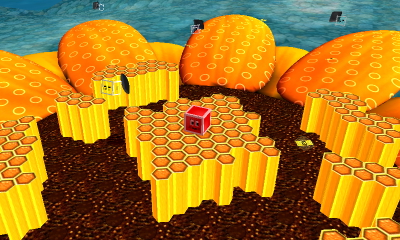 So! I’ve been quiet, eh? I’ve had a few things going on personally but with those squared away the updates should be a little more regular. That’s good. But I feel guilty about how little’s been going on here recently so, some updates:

– I’ve got an interview with Bernd Geiblinger of Bplus games coming up. His new release, Bit Boy!! Arcade (pictured above) was slated for a holiday 2012 release but has slipped into 2013, hence the delay. Bernd is a bit of a polarizing figure in games but he’s always been man enough to face his critics head on, which is a hugely respectable thing. I’m looking forward to the new game and the interview, and I hope you are too.

– I should have two new posts going up this week…neither of which were written by me because I’m shit. Still, I hope you’ll enjoy them…one of which is by friend of the website Ben Gallivan and the other is from a new guest author. Say what you will about guest posts…they at least keep the site alive when I forget to.

– I’ll be launching a new feature, probably in the first week of December, wherein Jacob and I butt heads over particular games or films or what-have-you, conclusively demonstrating time and time again that I am always right.

– Steve Zissou Saturdays will continue on Dec 1 (the first Saturday of the month, as always) and it’s an extremely long piece, which explains where most of my inspiration has been deposited. Look forward to ignoring that!

– I chose a new mascot, who was quickly christened Mr. Fabiola by commenter Jeff. You can read all about him on the about page, because whenever you click over to an about page it’s pretty obvious you’ll get some fictional history of some shitty blog’s fake robot.

– Christmas features. Not sure exactly what. But something.

– I also saw Wreck It Ralph, which I’ll review if there’s any interest, and which I may also review anyway if there’s no interest whatsoever.

One thought on “Update: There Are No Sounds to Hear”