On the seventh day of Christmas, Jeff Zoerner gave to us… 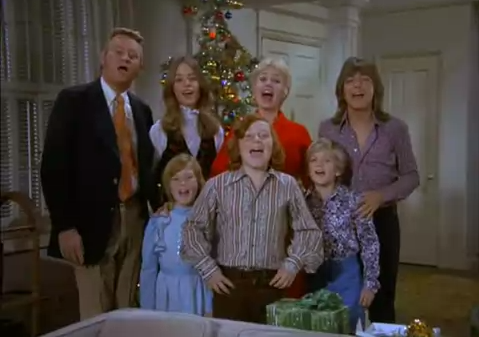 Set the dial on your hot tub time machine for Christmas Eve, 1971. Behold, it’s the Partridge Family, and they’re stranded in a ghost town! While they wait hopefully for an über-butch Keith to effect repairs on the family bus, a lonely old prospector entertains the family in his shack with a fanciful tale of the town’s past glory days. Will Keith fix the bus in time for the clan to make it home for Christmas? Will the senile old hermit’s narrative not suck a fat, greasy one? Can I at long last make it through leering at Laurie for an entire episode without spanking one off?

When I was offered this plum assignment, this was the first and only Christmas episode to come to mind. (Why I didn’t instead think of Rudolph the Red-Nosed Reindeer, the definitive Christmas classic, is beyond me.) Its official title is “Don’t Bring Your Guns to Town, Santa”–no relevance to the story, of course, but rather a shameful attempt to gain cheap heat from the Johnny Cash song with a similar title—and it holds a special place in my heart. But I haven’t seen it in 40 years. Will my childish assessment of the episode’s greatness hold up to adult scrutiny?

After all, it’s amazing how well many of the things we loved as children stand up in our adult years. In my case I can cite Peter, Paul, and Mary, the Kingston Trio, The Odd Couple, Johnny Cash, Monty Python…the list goes on. For this reason I am eager to relive this very special Christmas memory and see whether it is worthy of its place in my heart.

And, fortunately, thanks to the miracle of YouTube, I can do just that. So back to the episode: As you recall, the grimy old prospector is regaling the Partridge family with his crappy yarn from days gone by. For the viewers at home, the story is dramatized with the Partridge family members playing the various roles, with Charlie the prospector providing the voice-over when needed.

There are several good omens. That Keith, he sure has a nice singing voice. And Laurie is every bit the sizzling fuck-bomb I remember… my resolution to keep it in my pants doesn’t even last 30 seconds. 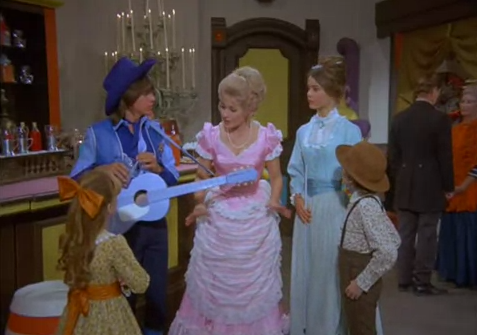 Then, alas, there’s the episode itself.

Mother of mercy, God must be against me. My heart sinks as I watch. The characters are painfully inauthentic. They’re not hip, as I remembered…they’re just nerds! And God damn, that kid Danny is ugly! They sure make him out to be an asshole, too. The poor guy is the kind of kid that adults find charming and other kids just want to pound into shitmeal. No wonder he went crackers as an adult…who wants to look back on his childhood and see himself being exploited as a buffoon for a nationwide audience?

As for the story…I won’t even recount it, because it’s not even trying to make sense. Example: in one scene, the sheriff, a lollipop-licking Keith Partridge, bumps into the town’s street sweeper and proceeds to–yup, you guessed it–stick the lollipop under his hat. WHAT THE FUCK??

The cherry on top of this squishy mound of shit is prospector Charlie’s inept narration. Is he drunk? Stricken with Alzheimer’s? A little (or lot) of both? The guy playing the role, Dean Jagger, has an Oscar under his belt… so how is it that he manages the worst thing about this whole debacle by far? You’re like, send this old motherfucker off to the taxidermist already. Confiscate his SAG card and delete all mention of him from Hollywood records. Find out where his kids live and pay someone to take their knees out with a baseball bat. Christ, he’s just awful. Seriously, they could have squeezed a better performance out of some random homeless guy for a free lunch.

So when it comes to pass that the Partridges’ bus is fixed and the family departs, abandoning this grubby little man to wallow in lonely squalor, you can’t help but cheer. That’s what the asshole gets for being such a bad actor.

But still, this is Christmas. And while you may realize on an intellectual level that it’s all bullshit, and that these hack TV writers are trying to pull at your heartstrings in the worst way, a part of you still wants this filthy old fart to have his Christmas miracle. You hope in spite of yourself. You hope even as you hate yourself for it.

And, as you struggle with this, something extraordinary happens…

What’s that racket wafting through Charlie’s window? Could it be? A rendition of the stomach-churning “Have Yourself a Merry Little Christmas” so watered down it makes the Carpenters on valium sound like Judas Priest? And who’s that gathered in front of Charlie’s shack? Is it the lunchtime buffet entertainment crew from the Cracker Barrel? Why no, it’s the Partridge family, come back to keep Charlie from experiencing Christmas alone!

And does Charlie do? I tell you what Charlie does: he TOTALLY REDEEMS this episode.

This is no exaggeration. In a few heartwarming seconds, Charlie makes the entire episode worthwhile. And how, you ask, does he do this? 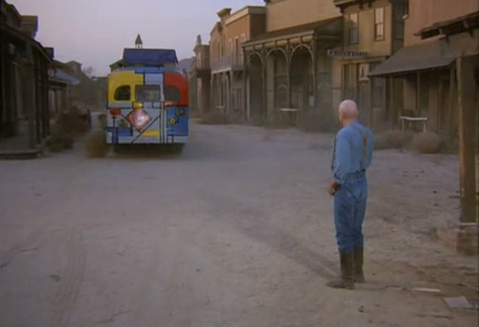 I shit you not. By standing there…and doing it surpassingly well. He stands there, beside himself, speechless, in overjoyed disbelief that anyone would sacrifice of themselves to make his life a little brighter. He has never experienced anything like it. And neither have I: a simultaneous desire to cry and to blow my brains out. I am whisked back 40 years, and I realize I fought back tears as I watched this for the first time, just as I am now. This fucking old guy…how does he do it?

With this one scene, Charlie reminds us all of the real meaning of Christmas. Life may be shit, and the world may be shit, but from the shit can rise moments of beauty, beauty that shouldn’t be but is. And if you are honest about the nature of the world around you but are too cowardly to kill yourself, really, can you ask for anything more than this?

It is beautiful. Yes, I’ve been ruthless so far, but it’s all in good fun. I love this episode, and I am grateful for it.

Having arrived at this epiphany, I am free to move on. I freeze-frame a close-up of Laurie and spank one off… just because I can.

Tomorrow: A gothic, grotesque Christmas of horrors. But enough about my childhood! ZING. I ZINGED MYSELF.