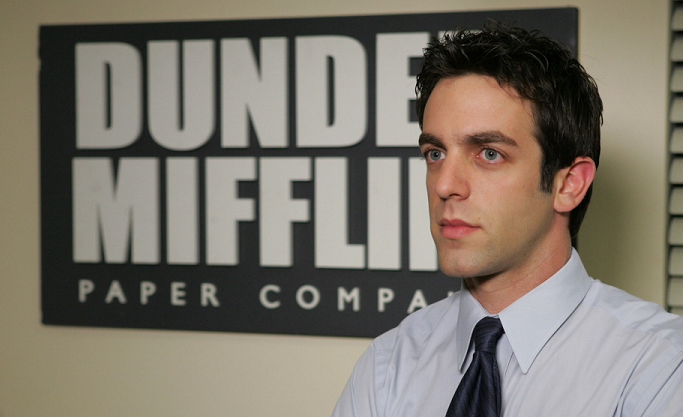 Arrested Development (original run, 3 seasons) is an infinitely better television situation comedy than The Office (American version, 9 seasons). In my opinion, of course; that should go without saying. Otherwise, I would have to say it about a thousand times over the course of this article. Why is a short-lived cult sitcom–made up of equal parts masterclass joke and character writing, oddly boring and yet insane plotting, and heavy themes of incest and the antithesis of what a healthy family should be–so much better than the long-running U.S. remake of a work-place mockumentary? Well, here is a hint: it has little to do with comedy.

Okay, fine, I will admit that it has a lot to do with comedy. Arrested Development, in terms of how funny it is, is streets ahead of The Office at its best–and that is no small feat, considering The Office at its best (in seasons 2 and 3) is funnier than 99% of American television–but that was by design. In a recent interview with The A.V. Club, The Office writer and star B.J. Novak revealed a secret that every fan of the show had known all along: its writers had never focused on writing jokes.

According to Novak, the show’s comedic philosophy was “…if something felt funny it was probably because there was truth in it.” Thus, the writers never focused on trying to achieve a certain number of jokes per minute or anything like that; they let the comedy evolve organically from the situations the characters were in. Novak goes into greater detail about the process:

“I’ll give you an example. There was a time early on when I brought a joke to [Office star] Steve Carell. It was something I was really proud of. He looked at it and said, ‘I don’t know, this kind of feels like a joke.’ And I thought, ‘Well, yeah. It’s a good joke. That’s exactly what it is, Steve. I’m the guy who writes funny things for you to say on the comedy show that we’re making.’ It bothered me in the moment, but over time I realized he was completely correct. He didn’t want anything to feel like a joke. He wanted it to feel like truth and therefore play like a joke. That is a hard thing to trust. You want to be an overachiever and write a million of the best jokes you could, but there was really something to learn from him and also from [creator] Greg Daniels.”

I do not have similar insight into what the Arrested Development writers’ room looked like, but I imagine it was almost the opposite. Nearly every single line in the show is a joke; intended to make the viewer laugh. That means its scripts perform the dual task of advancing the plot of the episode and revealing the characters’ motivations, similar to The Office‘s scripts. But with the key difference of having an added layer of comedy to each line, very unlike The Office.

Arrested Development‘s dedication to joke-telling naturally caused some of its other elements to suffer. If asked to describe the plot of an average AD episode, I would probably respond, “Michael Bluth has to prevent one of his family members from causing damage to his company or deal with something else involving The Bluth Company.” It does not sound very exciting; on paper, it is not. Of course, there are countless variations throughout the series on this simple premise, some of them more ridiculous and imaginative than anything else on television, but the fact remains that AD is not an especially plot-heavy show. While The Office was also primarily concerned for the majority of its run with the day-to-day operations of a company, what actually went on in each episode revolved around the interpersonal relationships of Dunder Mifflin’s employees. The foremost of these was the sometimes sad and bittersweet romance between Jim Halpert, unremarkable paper salesman, and Pam Beesly, unremarkable receptionist.

Jim and Pam’s relationship was such a compelling narrative force during The Office‘s first three seasons that it was hard not to feel like the bottom had dropped out from the show when the pair finally started dating at the start of season 4. Luckily, the show had another poignant dramatic arc in ostensible protagonist Michael Scott’s doomed, brilliantly screwed-up relationship with his boss, Jan Levinson. Theirs was a romance even the most optimistic of viewers found impossible to root for as they watched in horror as two extremely flawed human beings came together and made each other’s lives irreparably worse (or at least it seemed that way until they broke up).

Michael and Jan’s destructive tendencies reached a turning point in the season 4 episode “Dinner Party,” which, not coincidentally, is the show’s funniest and darkest half hour. (It is also the episode about which Philip says, “If I were to single out just one episode of The Office to be spared from a nuclear blast, and I do look forward to that day that I am put in such a position, this would be the one.” I am inclined to agree with everything but the “I look forward to it” part.) “Dinner Party” is a masterpiece because, more than any other episode, it succeeds in fulfilling Novak’s promise that “…if something felt funny it was probably because there was truth in it.”

Watching Michael and Jan’s relationship dissolve–no, implode spectacularly–in the presence of his closest coworkers at a dinner party he forced them to attend is nothing short of awe-inspiring. It is so, so painful to watch (The Office always specialized in a brand of humor labeled “cringe comedy”) because it really feels like a relationship between two damaged people is dying before your very eyes. And yet it is transcendentally, uproariously funny. This is the gold standard sitcoms, heck, comedy in general should aspire to. It is well-observed, devastating, and hilarious.

The Office was never able to match its gloriously demented creative peak in the episodes that followed “Dinner Party,” with a few notable exceptions. The Michael Scott Paper Company arc in season 5, for example, in which Michael Scott, fed up with Dunder Mifflin’s poor treatment of him over the years, finally quits his job as manager, was rooted in genuine dramatic stakes. He starts his own company with the help of a few of his former employees, leading to new dynamics and the first compelling storyline for Pam Beesly after getting together with Jim. Pam quits her job as receptionist and joins Michael on his doomed venture, as fully aware of the foolishness of her decision as she is thrilled to leave behind her dead-end career. And for a beautiful couple of episodes, The Office is taking creative risks and throwing its characters into exciting new places. Of course, it being the sitcom that would go on to bring back characters that had stayed well past their welcome (Andy Bernard and Ryan Howard spring to mind), Michael Scott Paper Company is brought back into the fold of Dunder Mifflin soon enough. Pam is left to spend the next few years as a sales representative and then as the office administrator, her character condemned for the rest of the series to get pregnant, marry Jim, have a baby, get pregnant again, briefly become jealous that Jim may be attracted to a coworker, and have another baby. Her marriage hits a manufactured rough patch in the final season, but it ultimately comes to nothing. She and Jim ride off into the sunset, he as a sports marketer and she as a mural painter.

Pam’s overall arc is emblematic of the show’s increasingly lazy writing in its last few seasons. It could be argued that any sitcom that runs as long as The Office did would eventually run out of ideas for its characters, but the occasional flashes of brilliance like the MSPC arc, Michael leaving in season 7, and the series finale serve as painful reminders to viewers of the truly great sitcom that The Office could have been, had it continued pushing its characters into new territory.

Arrested Development never quite pulls off the perfect drama/comedy hybrid (“dramedy” if you prefer) that peak Office managed so well, but it consistently achieves comedic nirvana by demonstrating a willingness–no, a fanatical devotion–to making fun of the darkest and most twisted aspects of family (at least as dark as a broadcast network would allow). It is no wonder that incest is one of the series’ thematic undercurrents; it is all about the perversion of family from something wholesome and loving to something meaningless and abusive. It is the anti-family sitcom, if you will. Whether you are watching teenage George Michael Bluth, who starts the series as the most innocent Bluth, struggle with lust for his cousin Maeby; or Michael Bluth neglect his son George Michael for the umpteenth time; or Michael’s parents George Sr. and Lucille refuse to take the blame for doing a horrible job of raising their kids; or his siblings using and abusing each other for the pettiest of reasons, it is clear that AD has a fundamentally cynical view of the wealthy, materialistic American family. The creator’s initial premise for the show was that the family would lose all of their money (due to their patriarch committing corporate fraud) and become closer and less terrible as a result; instead they keep most of their money and do not learn much from their mistakes. The entire family is emotionally stunted, hence the show’s name.

How could a comedy so relentlessly dark (at its happiest, just as messed-up as “Dinner Party”) be a better sitcom than one that mostly shies away from the ugliest aspects of humanity? The answer is simple: Arrested Development finds Novak’s treasured “truth” in every depressing moment and sad reality. It obliterates the line between tragedy and comedy, whereas The Office only succeeds when it finds a way to mine jokes from serious events in the lives of its characters.

If your sitcom was only funny when it was also moving, Mr. Novak, then perhaps you should have considered making it a drama instead. Breaking Bad was moving all over the place, and yet it was funnier than the later seasons of your show. Maybe if you had made it more about life’s dead ends and the longing for more that comes with having an office job and less about random crap like Andy Bernard auditioning for an a cappella competition that parodies American Idol, it would be a show worth celebrating. Oh well. At least we still have Arrested Development. 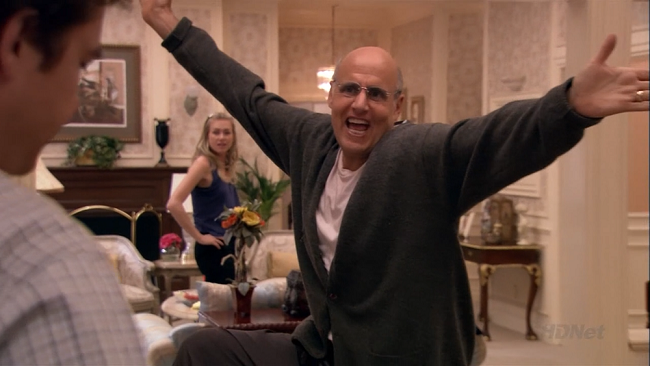