Every week until the release of The Lost Worlds of Power, one author selected for inclusion will be given the floor. I’ve asked them to talk about themselves, their approach to the project, and anything else they’d like to say up front. I’ve also asked them to avoid spoilers, so have no fear of those. Anyway, week one: Guy Vollen, author of “Legendary Wings.” 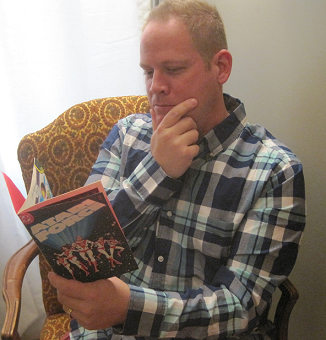 I’m thrilled to have a story chosen for inclusion in The Lost Worlds of Power, and I can’t wait to read the other authors’ stories.

I’m also glad Philip has graciously invited me to write a few words about my entry, “Legendary Wings,” as it gives me another chance to spout off about this project while it comes together. So, to Philip, James, and to all the writers and artists involved, thank you (in advance) for what I expect will be a very exciting and fun reading experience.

To find the roots of my story, I suppose it would help to go back, way back, to when I was nine or ten years old. Sometime around then, my junior high school-aged sister started bringing notes home from school that she and her friends had written and passed around: little stories to relieve the boredom of class and entertain each other. They usually began with something like,

Picture this: you’re sitting in class one day when the principal’s voice comes over the P.A. and tells you someone has come to the school to pick you up. You get your books and go to the front door. Waiting at the curb is Michael J. Fox, standing next to his DeLorean! “I thought we could go for a ride,” he says, lowering his sunglasses slyly. “Where are we going?” you ask. “Not where,” he says.

You can imagine the rest of that one for yourself. 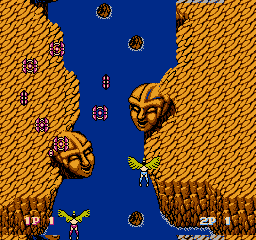 As I remember them, these vignettes were the (mostly) chaste fantasies of teenage girls, full of in-jokes and regularly guest-starring characters like Magnum, P. I., James Bond, and Blackie from General Hospital.

It would be years before I heard the term “fan fiction,” but that’s obviously what was going on. They weren’t literary masterpieces by any means, and the only motive for preserving them would have been sentimental (or to prove to Millennials that fan fiction existed before the internet).

I was captivated by them, however, and they gave me the ambition to write some of my own (equally terrible) stories. The mixing and matching of pop culture elements was something I had already become familiar with in the pages of Mad magazine, and would soon become immersed in through Dungeons & Dragons. 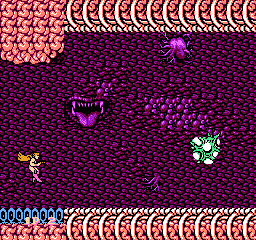 There’s quite a bit of classic fantasy literature folded into Dungeons & Dragons, of course, but that’s nothing compared to a teenaged dungeon master’s capacity to combine influences, free association-style. I’ll never forget the time my adventuring party was saved from a Xenomorph (from the Alien movies) by the timely arrival of Bon Jovi in a dimension-hopping Corvette, and, yes, that is absolutely something that happened in-game.

It is perhaps significant that the stories my sister and her friends wrote were invariably told in second person, present tense, like Dungeons & Dragons, and just like the Choose Your Own Adventure and Endless Quest books that are another obvious touchstone for my entry.

It wasn’t an author-identification figure tagging along with Indiana Jones or Han Solo; it was the reader.

You are having this adventure; you are the star.

Whether consciously or not, the writers of these stories were creating experiences for each other; second person perspective can be used in many ways, but in this case I think it was an act of authorial generosity. (Conveniently, it also allowed the writer to skip over details of characterization, relying on the reader to fill in the blanks with their own experiences.) 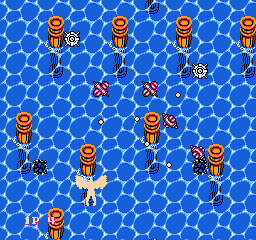 Even now, I find fan projects to be of great interest, although I’m not so much concerned with the specific questions of whether Pitfall Harry is Lara Croft’s long-lost uncle, or whether Kirk and Spock can overcome the strictures of duty long enough to express their love for each other physically. (For the record, the respective answers to those questions are “yes, he is,” and “oh boy, can they ever.”)

I’m mostly fascinated with the creative responses people have to the culture around them; the processes of myth-making don’t stop at the borders of the public domain, and creative activity isn’t something to be left only to professionals. In other words, I knew that The Lost Worlds of Power would be something I’d want to read whether I had a story chosen for inclusion or not.

As for the focus on video games, and my choice of the Capcom shooter Legendary Wings, all I can say is that I’ve been playing (and sucking at) games pretty much since Space Invaders, and making up stories about them for almost as long, with Buckner & Garcia as my soundtrack of choice.

I wasn’t the only one creatively inspired by video games; magazines like Atari Age and Nintendo Power may have been house organs whose primary function was to sell, sell, sell, but they were also fanzines, publishing cartoons and stories by readers that fleshed out the worlds hinted at in the games. (There was also the original Worlds of Power series, too, of course, but I’ll admit I haven’t read any of those; Philip’s coverage of that subject has been more than enough!)

Sparking the imagination like that was more important in the early days of arcade and home games, when the CPU could barely handle a game’s primitive graphics without also remembering the genealogy of an entire elven kingdom and the color of your mistress’ eyes. 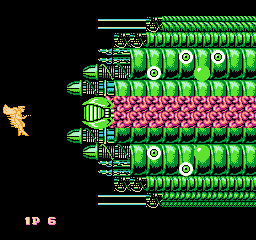 External cues (cabinet and box art, printed instructions) were often all players had to figure out what was going on. Even the official documentation released by game publishers could read like fanfic: elaborate, contradictory, and imaginatively divorced from anything that was actually happening on the screen.

Now I’ll make a confession: I didn’t even own a Nintendo Entertainment System as a kid. Instead I had a Commodore Amiga, which was pretty great, but I didn’t know anyone else that had one, so I missed out on the social aspects of borrowing games or trading tips with other players.

The first Nintendo product I owned was a Game Boy Advance, which I splurged on so I could finally experience the Super Mario series in re-release.

Sure, I played many of the classic games, including Legendary Wings, but always at friends’ houses, so my experience of two-player games was often cruelly brief.

That’s a memory that shines through in my story. Hopefully, you, the reader, will have greater success with it!