Every week until the release of The Lost Worlds of Power, one author selected for inclusion will be given the floor. I’ve asked them to talk about themselves, their approach to the project, and anything else they’d like to say up front. I’ve also asked them to avoid spoilers, so have no fear of those. Anyway, week four: Samuel Clementine, author of “The California Raisins: The Grape Escape.” 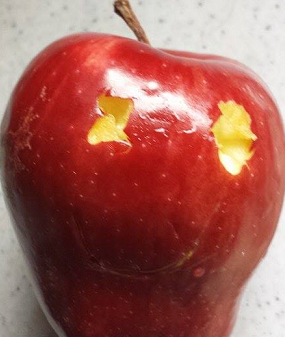 Every once in a while, a person will wake up and realize that if they died tomorrow, they would leave nothing behind. It was a realization that struck me around the same time Philip was conceiving the idea of Lost Worlds of Power, so it stood to reason the only way to break out of this existential funk was to write a novel about the California Raisins.

Before I began writing I wasn’t sure I’d have anything people were interested in hearing. The only thing I can recall writing was a short story entitled “The Farmer and His Wife Go to the City” back when I was in the first grade. I don’t recall the specifics, but I believe they all learned a very important lesson or something.

I decided to break my 15-year writing hiatus when Phil informed me of this project, but I had no idea what NES game had that certain allure that would make it any fun to write about. Philip suggested the unreleased California Raisins video game, California Raisins: The Grape Escape. My destiny became clear. 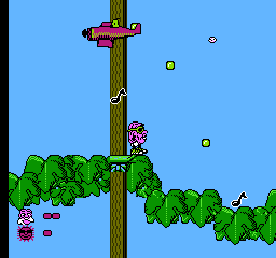 I had recorded a playthrough of this particular game a while back, and it remained memorable to me as the most absurd game I’d experienced. It was made under the banner of Capcom, which is what initially enticed me to see just what this game had going for it. It might surprise you to learn that a game based on claymation food mascots from the late 1980s did not lend itself well to the technology, and spawned a rather poorly designed and absurd game that was forever stuck in my psyche from then on. The ending screen had the Raisins standing beside each other, with the word “Congraturaisins!” displayed as the credits rolled.

That single screen still makes me smirk every time I think about it. No matter what is happening in life, someone was paid to write down the word “Congraturaisins,” and considered that to be the pinnacle of a reward for successfully completing the challenges they designed for you.

This ending screen is forever with me, and it’s so absolutely silly and surreal that I can still barely believe it exists in this world. My goal while writing this story was to provide moments that would create the same feeling inside of the reader that I had upon being Congraturaised. I hope throughout this story you have a Congraturaisins moment as well! 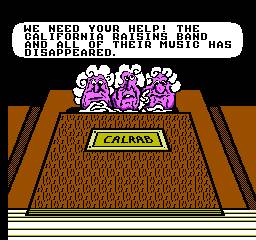 As ridiculous as it will sound, I was actually really nervous writing this story. I thought it wouldn’t stand up to the other authors’ tales, and I’d create something that wouldn’t provide the reader with an enjoyable experience. As of now, I’m still not positive that people will enjoy it, but I know I’m satisfied with where it is, and I hope that you will be, too.

I’m looking forward to being included with the other authors in this project, and reading their interpretations of games long since forgotten. I want to give thanks to my fellow authors for going forward with this challenge to recreate a world from the days of the NES. I hope the story I’ve written will be able to stand up to the things they’ve put their hearts into as well.

I’d like to thank Philip and James for the likely arduous process of making sure each of these stories was done to perfection, and guaranteeing that the reader and writer would be able to connect on the perfect wavelength. Above all else, I’d like to thank anyone who reads these stories, because, what else are we writing for really? Thank you for seeing this project through, and keeping with us. 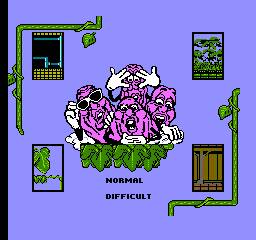 I’d like to conclude by sharing a moment in my life that occurred not too long after I had finished writing. It was the night of the Super Bowl, and as you might be able to imagine coming from a man who wrote a short story about the adventures of anthropomorphic raisins, I wasn’t particularly interested in a football game.

As I was talking with my family members and playing a round of poker, my eyes wandered from the table, and I saw an ad on the TV for Radioshack or some other company struggling to survive the economies downturn. I noticed the gimmick of the ad was that a number of 80s icons were appearing, and I guess the appeal was that familiar characters still existed and thus we should all purchase a discount RC car at whatever Radioshack was still open nearest us. 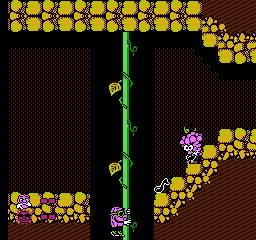 Before I could turn my head back to see how awful the flop was, I noticed none other than the California Raisins present on the screen. I stopped what I was doing as I got extremely excited and tried to emphasize why this was so important to me. Before I was able to explain what a couple of claymation raisins did to trigger such urgent thoughts inside of me, I realized that to elaborate on my excitement I would need to explain to members of my nonimmediate family that I had written a story about a video game, a video game from the early 90s that was never released. A video game that was about the California Raisins.

I would have to say those things to people that I wanted to respect me.

Instead of saying any of those things, I cleared my throat, and told them I would fold this hand.