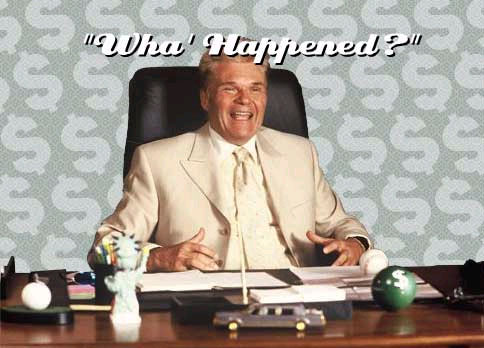 Regular visitors of this site (I like to call them Chatterholes) will no doubt have noticed that THIS SITE CEASED TO EXIST.

Well, something very good: October saw the most traffic this site has ever had! Unfortunately that traffic exceeded the agreement I had with my webhost, so Noiseless Chatter (I like to call it Chatterhole Central) was taken offline with a cryptic error message that told nobody anything.

This happened while I was in a hotel room in Chicago, unable to deal with it and without any of my billing information. So it was down for a few days…right before I was supposed to launch The Lost Worlds of Power.

I’m back up, now. To save time and heartache, I upgraded my hosting package. That’s more money, which means I may revisit the idea of advertising. Or maybe I’ll just put a PayPal button somewhere and those who feel inclined can donate. But as of right now, I haven’t given it much thought. We’ll see. I’m open to ideas. As much as I love this site — and all y’all — it also consumes time and money that I don’t always have to spare.

That’s not an ultimatum, though. As long as it’s humanly possible, this site will be here. It’s not going anywhere…I’m just thinking out loud, and trying to decide how to avoid something like this happening again in the future.

So, service as usual will pick up again from this point on. Hopefully the downtime will have discouraged some spam bots, so if you need a silver lining, there you go.

Where does that leave The Lost Worlds of Power?

Technically, since it was supposed to launch tomorrow, I can still hit that deadline. But…I’d rather not. It feels disrespectful to the project as a whole — not to mention the authors involved — to just drop the thing and run after an extended period of THE SITE NOT EXISTING.

So, though I hate to do this, I’m going to bump it back. Most likely a Thanksgiving release at this point…but I’ll give that more thought as well before I promise anything. Basically I want to give it a fair and exciting runup.

Anyway, whatever. That’s that. I’m all laggy from traveling so forgive me if it sounds like I’m unfocused and I have to pee.