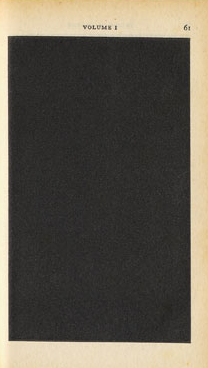 I spent Tuesday night with some friends. They may be moving to Germany. I may be able to count the number of times I’ll see them again on one hand.

It was a fun night. I came home late. Tired, but not enough to sleep. So I went onto 4chan.

No, I’m not linking to it. Nor will I include any pictures. Because during a night of aimless browsing — the very last context I’d expect — I witnessed a murder.

There was a woman who was murdered and I was there to see it.

I’ll explain, but at the same time I’m not sure how much I can explain.

4chan has a reputation, of course. But I know people who use it, and enjoy it. I think you need to go into the site knowing you’re going to hear a lot of inflated, ridiculous talk. It goes without saying that that talk will focus around subjects that polite conversations do not. You can come up with your own examples. I don’t need to supply them. If it comes to mind, it’s there. Right now.

But it’s talk. It’s words. What are words? I can say anything I like. That doesn’t make it true. And if you get offended by it, you can visit another blog. Right?

4chan was only words.

On and off over the past few weeks I’ve been dipping into 4chan. No real reason. It just felt like a blind spot to me. It’s a well-known (albeit not well-regarded) corner of the internet that I knew almost nothing about. And, sure, I’ve seen it before. But I hadn’t really explored it. Scroll through the nonsense and you might find something funny. You might not. Does it matter what you find?

I found a murder.

This night, this past Tuesday night, I knew I just wanted to kill time until I fell asleep. And I figured that was as good a time as any to give that site another chance.

The first photograph I saw will be easy for you to find online, if you’re so inclined. I recommend you don’t. It was a woman, naked, on her back. She was in bed, with her head hanging over the edge of the mattress. Her skin was a sickly bluish grey. It was instantly, deeply haunting.

But I did not know what it was.

Online, you can find pictures of dead people. It’s easy. Real, and realistic fabrications. Over-the-top effects to rival Hollywood. Sometimes you can’t even tell them apart. Things spread as fact. Sometimes they might even be.

So I thought, maybe, it was something like that. Some crime scene photograph of an unfortunate corpse that recirculates every so often in circles I don’t have any reason to frequent. Just to gross people out. Just to make them uneasy. Like I was now.

I didn’t click into the thread. But the next thread was something more benign. I don’t remember it now. I think it was something like, “Share something you’ve never shared with anyone.” That was more interesting. Without clicking into it, I could see the most recent reply. Somebody said, “This murder thing has me really worried that it’s real.”

Other threads cropped up. I still didn’t click into the original, but I also couldn’t look away. I didn’t want to know more, but I think what I wanted was to find some logistical flaw. See the string. Spot the seam where the photograph ended and the retouch began. I wanted something I could end on. Some punctuation that would let me go to sleep with the assumption that it’s at least possible that this didn’t really happen.

But it did. As more threads appeared and more photos appeared and old comments by the murderer were mirrored, I was finding it more and more conclusive.

I’ve never seen a dead body before. At least…I don’t think I have. I’ve never even attended a funeral service. I find them disrespectful. And yet, here I am, presented with naked photographs of a woman who has just been murdered. Disrespect to the dead cannot come in any purer form than that.

The first picture was shared with a comment along the lines of, “It’s harder to strangle someone to death than you’d think.”

Can you blame people for thinking it was some kind of very dark joke?

More photos. The marks on her neck were clear. Somebody worries that it’s real, saying he can’t believe that “a woman was murdered on 4chan for our amusement.”

Whatever amusement there was died down quickly. At least overall. There were still assholes, but it’s impossible to know if they still thought it was some kind of gag, and didn’t want to be on the embarrassing end of some grand reveal.

“Nobody knows,” the murderer said. “Her son will be home soon and he will find her and call the cops. Right now, you people are the only ones who know.”

Who was she? Where was she? What happened? Why was she naked? Were they lovers? Did he initiate some dangerous sex game with her and then take it too far when he knew she’d let him?

Nobody else heard anything. Her neighbors were home. There was no struggle. There was no breaking and entering. Whatever happened, this woman was expecting something very different. She’s dead now.

Her murderer took her life, fully intending to do so. He planned it. He took photographs. He posted them online. He said he wanted to share them before he got caught. As of right now, I don’t know that he has been caught.

Someone finds an article online. Sure enough, the woman’s son found her dead body and called the police. Breaking news. Before long at all, it’s tied to the photos posted on 4chan. That was her. She had a family. Her son has no mother. A woman’s life is over, and I watched it happen. I watched it move from sick possibility to cold, stony permanence.

My stomach hurts. I don’t know what to think. If I think about it at all, I feel dizzy.

Why was she murdered? We’ll probably never know. But the urge to post the single most disheartening, disgusting thing in the history of a site known for being disheartening and disgusting certainly comes to mind.

I don’t know if it matters. Whether this woman was killed in an argument gone awry or she was killed for the “amusement” of a website, she’s dead. It certainly doesn’t change anything her family and friends and neighbors are going through right now.

There’s a real danger to creating an environment that takes things too lightly. Desensitization is very real. I know, because I experienced it. Just a few hours of browsing 4chan over a couple of weeks had exposed me to think I wish I’d never seen or read, but it all just becomes a sort of beige palaver after a while. Drugs, violence, depravity, yes, yes, I’ve seen all this. You just keep scrolling. These things lose their meaning. These things lose their identities. This things, in a very real way, become just words, and you pay no more attention to them than you do a licensing agreement when you install software.

I saw a dead body. I saw a woman killed for my amusement. I was on that site, wasn’t I? I was scrolling. What was I scrolling for? Had to be something, right? And how much did I have to scroll past to find it? There was a kind of escalation involved, and it was one I didn’t even feel.

Didn’t even feel until it hits like a brick to the gut.

And a woman is dead. Strangled in what sounds like it was a long and difficult murder. Her neighbors watching television. Eating leftover Halloween candy. Her son on his way home, unaware that anything, anywhere, has changed.

That’s what happens, I guess. When you scroll down far enough.

Now how the fuck do we get back?