Prior to the release of The Lost Worlds of Power, each author selected for inclusion will be given the floor. I’ve asked them to talk about themselves, their approach to the project, and anything else they’d like to say up front. I’ve also asked them to avoid spoilers, so have no fear of those. Anyway, week nine: R J Burgess, author of “Milon’s Secret Castle.” 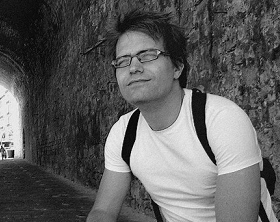 Literally everything I know about the NES game Milon’s Secret Castle comes from the Angry Video Game Nerd. I’m ashamed to say that despite owning every Nintendo console ever released in Europe, I never actually owned, or even so much as played, a copy of the game I eventually decided to write a novella about.

In fact, I didn’t even know Milon’s Secret Castle was a thing until I was already laughing my head off at it on YouTube. And yet, when the Lost Words of Power competition came up last year, it was one of the first games to spring to mind.

“Why’s that,” you ask? Well, before I give you an answer to that burning question, let me first introduce myself a little.

I’m an English teacher by trade. Born and raised in the south of England, I’ve spent the last five years living and working in Wroclaw, Poland, as the Director of Studies at a private language school.

Now, admittedly, I’m unlikely to go down in history as one of the greatest English teachers of all time – there are people at my school who are better than I could ever hope to be – but I guarantee you’d be hard-pressed to find someone more passionate on the subject than I am.

You see, I am what we call in the trade, a “Professional Grammar Nazi.” You know the type of person I’m talking about. The sort of guy who trolls the comments section on YouTube correcting people for getting their “your” and “you’re” mixed up. The type of person who gets annoyed when he sees a typo in a magazine. The type you would never want to invite to a party but who you always make sure to include on your “phone a friend” list when going on Who Wants to be a Millionaire. In short, I’m a typical English teacher and I’m proud of that fact. 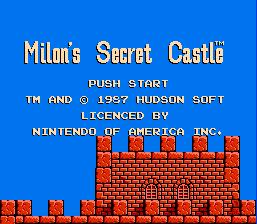 Now, I don’t know about you guys, but when I’m interested in something, I like to explore that thing in more detail. I like to try and understand everything I can on the subject. To turn it on its head and look at it from all sorts of strange angles to see if I can get my head around it. Then – most importantly – I love to show other people what I’ve found and get them interested in it too.

So it is with gaming.

For example, I once designed a two-hour English lesson based around the game Earthbound. During the lesson we looked at the various in-game items like the Eraser Eraser, and tried to understand why such puns worked in English and how they were changed from the original Japanese. I then challenged my students to make similar puns from Polish to English and in this way we were able to explore the various parts of speech (verb, noun, adjective, etc.) and see just how flexible these things are in English compared with other languages.

Another time, I made a lesson based around the internet meme “all your base are belong to us” from the opening to Zero Wing. I showed my students the cut scene in question and then tried to get them to explain why the English was so broken in the first place and what they thought the writers were actually trying to say. In this way, we were able to explore the translation process from beginning to end and my students came out of the lesson more aware of the impact their mistakes can have on a native English speaker if they’re not careful with their word choice.

Those are just a couple of examples of how I try to combine my various passions in life, but hopefully it gives you some idea of what I’m talking about here. When things are interesting to me, I try to make them interesting to other people and in this way we all learn something together. 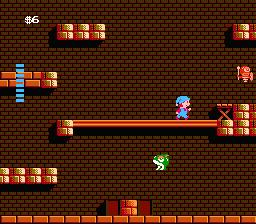 And so we return to Milon’s Secret Castle…

Again, you ask me: “So what was it that fascinated you so much about this game? Good God man you can’t honestly be standing here accusing this game of being badly translated! It was made by Hudson Soft for crying out loud and those guys made some pretty darn solid games back in the day before they…you know…”

I hated the game’s title.

Everything about it was wrong. First of all, calling the castle “Milon’s” is a complete lie. If you actually read the game’s backstory (and really, why wouldn’t you?) you’d see that the castle actually belongs to some stupid princess who’s been captured by an evil wizard or something equally generic.

“So,” you say, “Maybe a better name would have been Milon and the Secret Castle – you know, get that whole Harry Potter-style naming convention going on there.”

And I would say that’s a good idea…except that that, too, is a lie.

No, the biggest problem here is that this castle contains shops – plural – and where there are shops, you are inevitably going to find customers, since secret shops tend not to survive very long in today’s competitive market.

They wouldn’t just need customers, either. Those shops are going to need things to sell too, meaning wholesalers and delivery companies, not to mention the countless bureaucrats that would need to know about it. They’d have the health and safety people coming over to check on their fire escapes. They’d have tax auditors writing to them twice a year to make sure all their paperwork was up to date.

They would need to advertise themselves too. There would be billboards and radio ads blitzing the local area. Next to the roadside you’d find great big signs saying things like “Milon’s Not-so Secret Castle Next Left: why not try our new spring shoes!”

In short, this castle that definitely isn’t Milon’s is as much a “secret” as the fucking Tower of London.

Do you see what I mean? Milon’s Secret Castle and Milon and the Castle of Secrets are such diametrically opposed concepts for a video game that I’m honestly flabbergasted the good people at Hudson didn’t notice it long before they decided to plaster it all over their box art. Those poor grammatically misguided fools…

So anyway, I was ranting about this situation to my wife one afternoon (my wife, it should be noted, is an extraordinarily long-suffering woman who has long since learned to put up with my nerdy BS for the sake of her sanity) when I suddenly realised, “Hey, you know what? There’s a story in here somewhere!”

And so, it turned out, there was.

I hope you enjoy it. If nothing else, I hope it’ll teach you something about the importance of using the right words in the right order at the right time and the terrible things that can happen to you (and to Hudson Soft) if you fail to do so.

If, after reading it, you’re interested in checking out more of my stories and random ramblings about the many things that annoy and fascinate me in life, check out my blog at rjburgess.net. I guarantee there’ll be something there that will either interest or annoy you.