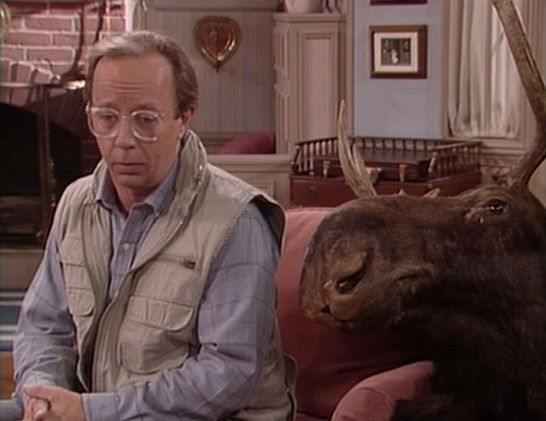 And so we close out another season…with only one left to go. That’s about all that needs to be said, but just try ‘n’ shut me up.

Season three was a really odd beast. I mentioned that the season seemed to be dragging, which, in a way, makes sense: it’s the longest of ALF‘s four seasons. But it’s only longer by one episode…so the fatigue certainly shouldn’t have set in as early or as easily as it did.

I have a theory for why it felt longer than it really was: season three plays like two half-seasons jammed together.

It wasn’t really, of course…but it sure feels that way.

The first half of the season stands separate in just about every way from the second, right down to the cast. Unless I’m forgetting something, Jake only appeared in “Turkey in the Straw” in the first half…but played major roles throughout the second. It was apparently a scheduling issue rather than a creative decision, but Jake’s appearing/disappearing act is the clearest discrepancy between the two.

It’s not, however, the most important.

The most important was, simply, the quality of the writing. 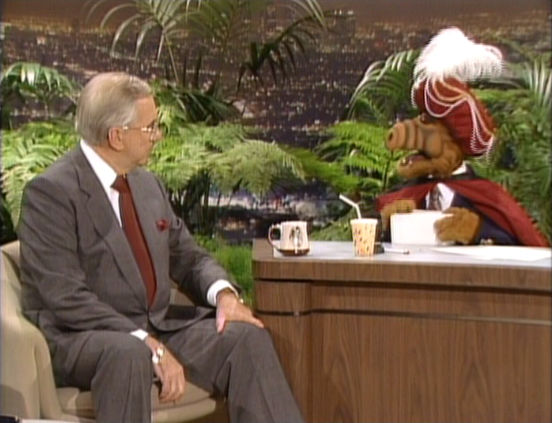 See, the first half was pretty damned lousy. I was warned before starting this series that the show peaked with season two. Everything after that was, I was told politely, an unmitigated disaster of global proportions.

And when season three began, I certainly wasn’t doubting that. In fact, the first six episodes seemed designed especially to make me give up on this project. “Stop in the Name of Love,” “Stairway to Heaven,” “Breaking Up is Hard to Do,” “Tonight, Tonight,” “Tonight, Tonight 2: The Legend of Curly’s Gold,” and “Promises, Promises” were all fifty shades of dickshit. The latter episode, in fact, marked the first time I sat at my computer unable to bring myself to even write about it. It was bad.

And things didn’t get much better from there. “Turkey in the Straw” had its moments — owing mainly to a solid guest turn by David Ogden Stiers — but was still a pretty massive pile of crap. And right after that we got “Changes,” “My Back Pages,” and “Do You Believe in Magic?,” that last having the dubious distinction of being the episode that actually made my childhood self throw up his hands and say, for the first time, “Fuck this show.”

The lone highlight of the first half was “Alone Again, Naturally,” which took an interesting idea (ALF finding out about a potential other survivor of the Melmapocalypse), handled it decently well, and gave us a daringly sad ending. It wasn’t a classic episode of television by any means, but for ALF it was good, and for ALF season three it was great. 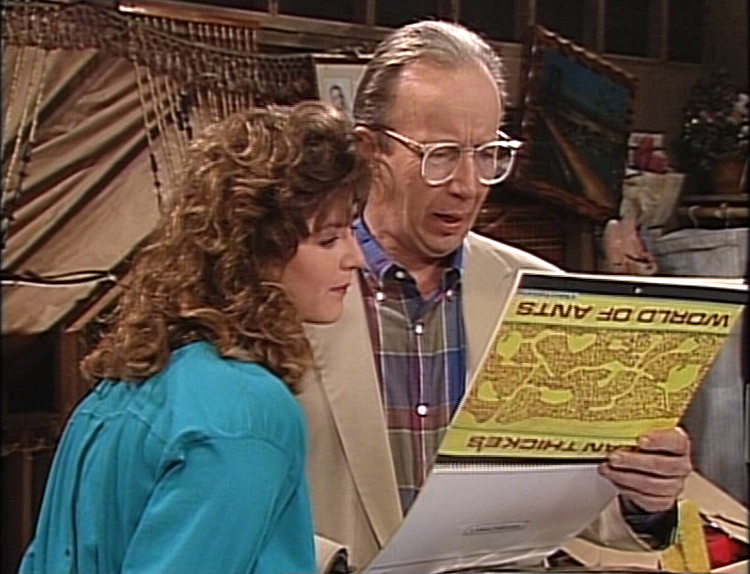 But things picked up for the second half of the season…and they picked up considerably. In that back half we had “Fight Back,” “Superstition,” “Funeral For a Friend,” and “Have You Seen Your Mother, Baby, Standing in the Shadow,” all of which are going to jostle for space on my list of favorites. Compared to the single, flawed highlight of the first half of the season, this is a marked improvement.

What’s more, even the bad episodes had good ideas. Okay…maybe not all of them…but though I came away from many of them feeling disappointed, I at least agreed that they had ideas or stories worth exploring.

“Running Scared” was about somebody blackmailing ALF to keep his alien origins a secret…and the reveal that the blackmailer meant a different kind of alien was a perfect way to resolve the story without breaking the status quo.

“Torn Between Two Lovers” was pretty lousy, but it ended with a strikingly astute observation about gender roles in relationships, and gave Lynn a chance to assert herself as a human being in a show that so often treats her like she’s not one.

Then there was “Don’t Be Afraid of the Dark,” which deserves at least a little credit for attempting to resuscitate Brian, and “Shake, Rattle and Roll” which opened a nice conversation about mortality…even if it didn’t quite know what to do after raising the issue.

That, I have to admit, is a solid back half. 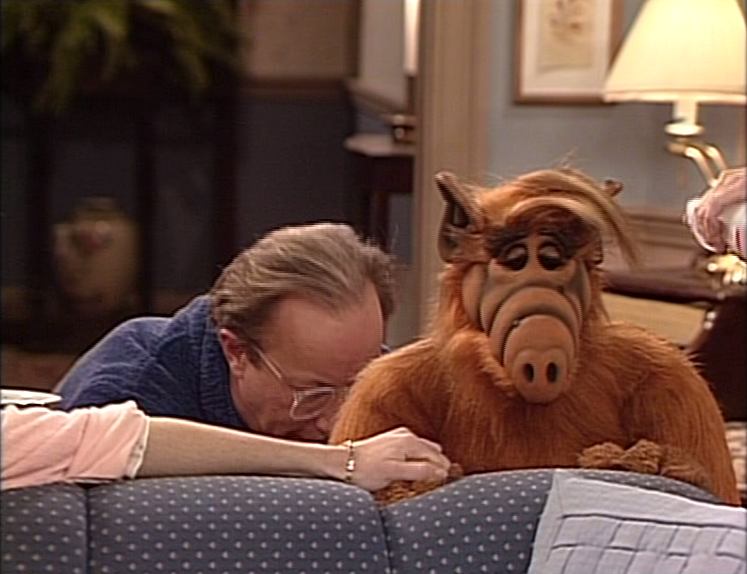 And as I mentioned before, Jake’s frequent presence helped it a great deal. Josh Blake did some excellent work considering what he was given (and the ultimately disposable nature of his role), and there was always a sense of promise when he appeared at the Tanners’ door; we knew that somebody in the scene to come would actually give a shit about what they were doing.

So far, so good, but with both halves feeling so different, it honestly felt like I reviewed two seasons back to back without a break.

Of course, I don’t mean to suggest that the back half didn’t have its genuine stinkers. “Suspicious Minds” was basically a half hour of ALF reading Elvis’ Wikipedia page, “Standing in the Shadows of Love” had our alien hero lusting after an underage Carla Gugino, and “Like an Old Time Movie” was a loveless homage to what the writers shrugged and assumed silent films were like.

…but you know what? I liked them. 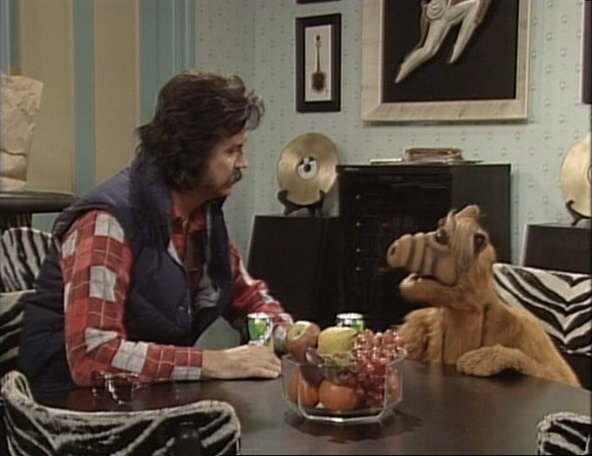 Not really. Like is a pretty strong word. But there was something enjoyable about them in a way that so many of this show’s other bad episodes never achieved. There’s a kind of awe I find myself experiencing when an episode is not just bad, but is so deeply, thoroughly misguided…and I end up loving the fact that it exists. No, I’ll never watch ALF hanging out with Elvis again as long as I live, but every so often I’ll remember that some dumbass television crew devoted a week of their lives to making it, and I’ll laugh. It, along with many of season three’s other crap baskets, is stupid to the point of achievement. And I’ll take that any day.

Honestly, season three might be my favorite season yet, from a reviewing standpoint. Which is why I find it odd that the inevitable “Why don’t you stop watching?” conversation came smack in the middle of it. This was seriously the perfect mix for me…it had the periodic high quality of season two, combined with the batshit insanity of season one. It was the best of both worlds, as far as I am concerned. It had episodes I could enjoy and speak at intelligent length about, and it had episodes I could barely see because my head wouldn’t stop shaking. And that’s wonderful.

In fact, this might be the season I’d recommend to somebody who wanted to know what ALF was like. It’d do a good job of showcasing both why people enjoyed it, and why it’s almost entirely neglected today. It’s all of the show’s best and worst impulses in one stretch of episodes. It’s the way ALF should be remembered, and also the reason ALF should be forgotten.

As much as I pick on the crappy episodes of this show, I do enjoy it when the writers take risks, and when they explore unexpected territory. Neither approach pays off for them very often, but there’s something fascinating and instructive about this show’s failures. And, flatly, that’s what I’d call season three: fascinating and instructive. It’s a backhanded compliment, but that’s more than I can usually give this show. 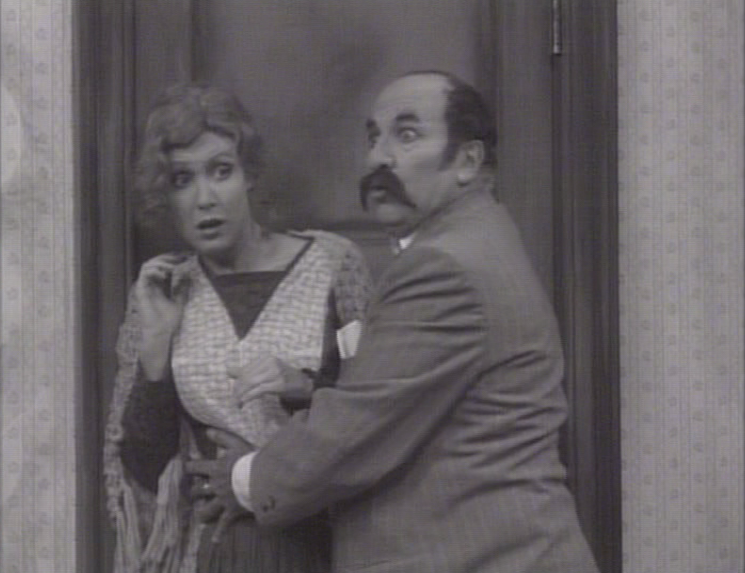 One thing that struck me as very odd was the disappearance of previously important characters. Jodi and Dr. Dykstra, for instance, were two favorites of mine, so their absences were easily felt. Granted, I think they’ve only been in about three episodes each, but for the entire season to go without so much as mentioning them…it’s worrying.

ALF introduces characters frequently, and they’re nearly all fucking terrible, so when the show creates not just one but two that I enjoyed spending time with, it feels like a slap in the face when they disappear entirely. Couple their absence with the untimely death of Jake and I’m really starting to dread season four.

Odder, though, is the lack of Kate Sr. She was a very important part of season one and a fairly important part of season two, but she didn’t appear at all in season three. She’s not one of my favorite characters, so this isn’t really a complaint, but it’s kind of odd that the only recurring member of the extended family simply ceased to exist and wasn’t mentioned once. I can’t quite articulate why, but her absence strikes me as bizarre. 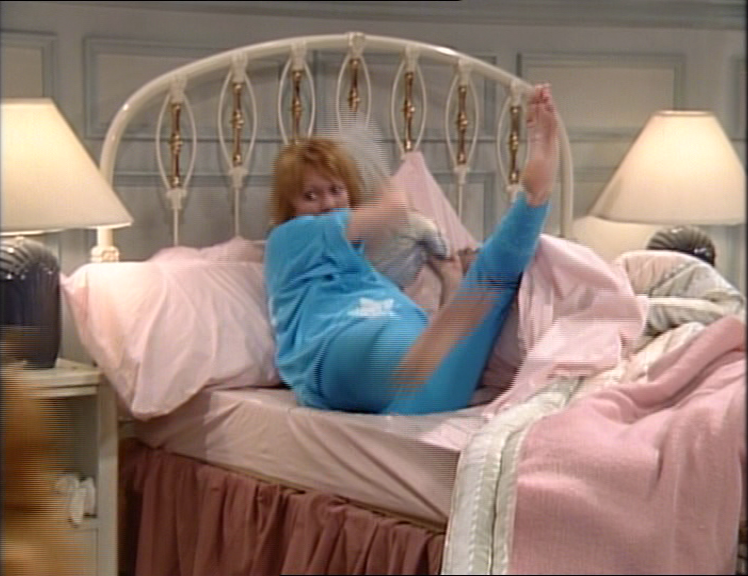 But, yeah, that’s about it for season three.

We’re entering the home stretch now, with everything that happens in season four being the last time it ever happens. I’m excited by that, and a bit sad. As much as I’ll be glad to stop thinking about / writing about / dreaming about ALF, it’ll be a bit sad to lose the little community that built up around these reviews, made better points than I did, and yelled at me about abortion.

…we’re getting ahead of ourselves, though. Two more bonus features, and then we’re on to the final batch of episodes. And then there’s — shiver — Project: Fuckin’ ALF.

The Tanners have a new baby, the best actress no longer gives a shit, and the only good characters don’t appear anymore.

I’m positive the show will be better than ever!

Grab a snack, settle in, and let’s give this show the farewell it deserves. 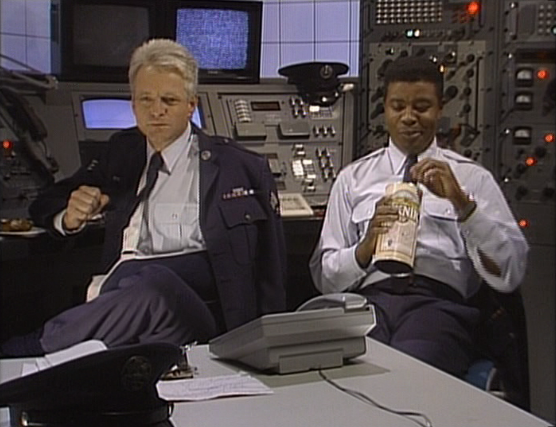