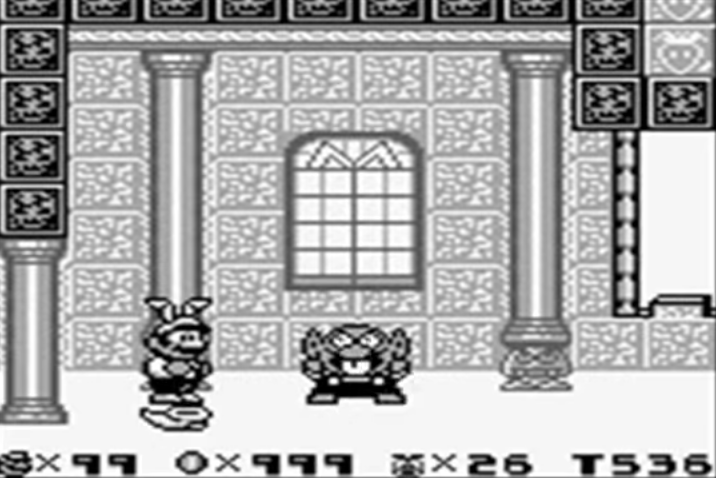 I had a Game Boy as a kid, and I loved it. Hell, I still love the Game Boy. There were too many great games available to list here, but one that I certainly played endlessly was Super Mario Land 2: Six Golden Coins. I had the first Super Mario Land as well, but it always felt a little…off to me.

The sprites were too small. The fireballs bounced. Invincibility stars played the can-can music. It was just…weird. Like falling into another dimension and playing their version of a Mario game.

But Mario Land 2 was great. It looked (and looks) gorgeous. The branching paths and secrets felt perfectly designed for the series as I knew it. It contained this song for fuck’s sake. I played it constantly.

And I don’t just mean I picked it up and beat a few stages. I mean I completed it. Over and over and over again. As an adult I’ve revisited it, and while it’s not the game I quite remember it being, all of that childhood charm came rushing back to me.

…but so did a question.

Here is that question:

What the absolute hell is Wario doing at the end?

Wario — who you probably know by now from other games and spinoffs — is the evil converse of Mario. He’s greedy and hoards coins, unlike Mario who…

…anyway, point is, he’s bad. So at the end of the game you run through the fortress he stole from Mario and beat him up. Easy enough.

But then…well, watch the fight if you like, but feel free to skip to 1:28.

And what the hell does he do after Mario defeats him?

He shrinks. I get that. Mario does the same thing (usually) when he takes damage.

Then he cries. I get that. He’s a selfish bastard who just lost his castle. (Well, Mario’s castle. Why, exactly, is Wario demonized for wanting the kind of impenetrable fortress Mario himself already had? Why is Mario the hero and Wario a villain to be vanquished if they both craved the same exact kind of power? Okay…another Pop Question at some point then…)

But then he…throws a projectile of some kind. It doesn’t hurt Mario. Wario makes a silly face and runs off.

What did he throw?

This is the very end of the game…Wario’s final gesture of defiance…the last word from our fallen adversary…and I have no idea what it is.

It looks like no other item in the game. Part of me wants to assume it’s his hat, as you see the hat disappear before he throws whatever he throws.

…but Wario’s hat doesn’t look like that. His looks like the kind of ballcap Mario always wears, and this item looks a lot more like Link’s Phrygian cap.

Then I wondered if it’s Wario’s shoe…but it’s completely the wrong size for that, and it still doesn’t explain why the hat disappears. Granted, the coloring of the sprite’s feet changes, so that could represent a shoe being removed, but then where is the other shoe?

Or is it something else entirely? I honestly have no idea what Wario does here.

It’s clearly something cheeky, but I must have finished the game 30 times as a kid and I’ve done it a few more as an adult, and I still have no idea what in the world Wario is doing here.

He throws something at Mario. The game plays a sort of collision sound that you wouldn’t expect from a soft item of clothing. It also doesn’t seem to phase Mario. Then Wario scampers off…his final rebellion a mystery.

What the hell is Wario doing?

4 thoughts on “Pop Questions: What the Hell is Wario Doing?”