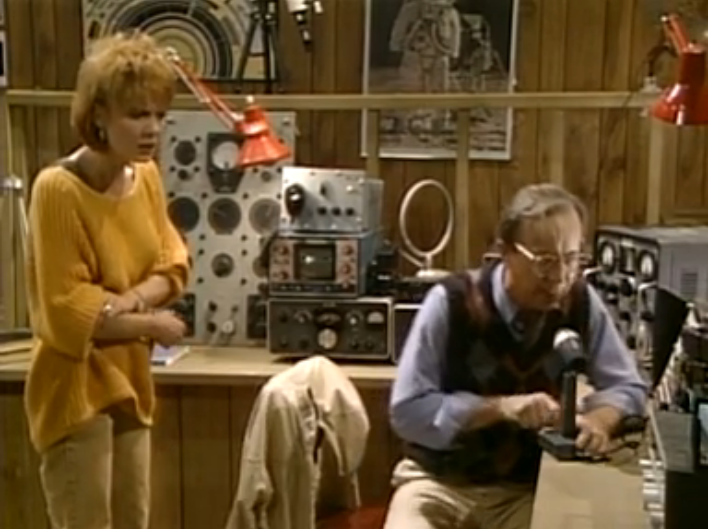 I have difficulty finishing projects. Not always, and not even to the point that I consider it a problem, but when I sat down in October, 2013 to review every episode of ALF, I thought there was a pretty good chance I’d never make it to a farewell post in July, 2016.

One of the unfortunate truths of having a creative mind is that you can’t switch the creativity on and off as you might like to. And that’s why so many of my projects never make it to a proper conclusion; either the creativity stops coming, or it starts to head in another direction, and I’m sort of obligated to follow it. (I’d be foolish not to.)

But I stuck with ALF, and I’m glad I did, because I’m pretty sure that I was the exact right person to write about it.

That’s something I’ve been reflecting on a bit lately. The inspiration for this project came from Billy Superstar’s Full House Reviewed. There was a “me too” element to it, and I’ll openly admit that. But it wasn’t that I wanted anything that Billy had, or that I felt a need to muscle in on his territory. It was just that reviewing every episode of a show in a snide manner seemed…fun. And I liked fun. I still like fun! So I opened it to a vote. You guys chose, by a wide margin, that I should cover ALF.

In retrospect, it’s massively strange to me that I’d considered anything other than ALF. It’s been such a perfect fit for me that I can’t imagine covering anything else. It suited my humor. It suited my personality. It suited my memories and my insight and my personal experience and allowed me to bring so much to reviewing the show that nobody else could have brought.

At least, not the same way.

And that’s what I’ve been thinking about as the project ends. Billy Superstar picked Full House, but he originally wanted to cover Family Matters. Can you imagine him having written about that show instead? I honestly can’t, and it’s possible that we wouldn’t have had the ALF project or any of the projects by others who took a page from his book if he’d done so.

Full House was perfect for Billy. He might not have realized it going in, but now it’s hard to ignore. I’d have struggled to say much about Joey, Jesse, Danny, and those idiot kids, but he spun a truly great project out of it.

With ALF, I can imagine others struggling to spill so much ink over this barely remembered, only-intermittently-worth-watching puppet show…and yet I was almost never at a loss for something to say. Thousands of words every week for almost three years. It’s crazy, but it happened. And I couldn’t have done it about any other show. I didn’t know that going in, but now it’s hard to ignore.

And I see friends of mine doing similar things. And always with the exact right source material for them.

The list goes on. And while none of those shows would be right for me, they’re the perfect choice for each of them. For their voice. For their personality. For who they are.

I’ve had people ask me if I’ll cover the ALF cartoons or anything else next, and…I can’t.

I’m sure I’d have things to say. I’m sure there would be frustrating parts to rant about and surprisingly good jokes to acknowledge. I’m sure it’d be something…

…but it wouldn’t be this.

ALF was everything I could have wanted in a review project, which is why I couldn’t possibly do another show after this. There’s no way it would live up to ALF‘s standard.

It had a puppet. A midget. A sci-fi plot it never did anything with. It had notable guest appearances, nearly all of which were totally wasted. It had dangerous behavior that it didn’t realize was dangerous.

And that’s the tip of the iceberg. ALF was a spoil of riches. I always had something to say, and I always felt like I was the right person to say it.

To touch the ALF cartoons or talk shows or god knows what else would be to dilute the gift we’ve been given: the gift of a perfectly awful sitcom reviewed in its entirety by somebody who was just foolish enough to stick with it to the bitterest of ends.

So don’t worry. It’s a good thing I won’t cover another show this way. Those deserve to be handled by the perfect reviewer as well.

Not long ago I was talking about this project with the girl I’m seeing, and we realized something. As much as I poke at ALF and make fun of the idea that anybody would actually watch it, or care about it, or be invested in it…

I cared about it.

I was invested in it.

And I mean that twice over. As an adult now, and as a kid way back when.

ALF meant something to me when I was young. I was on its side. I thought ALF was funny. I enjoyed the show on its terms. It was something I’d rush home to watch, and while I can joke now about how poor my taste in television used to be, I certainly can’t ignore the fact that that was me.

And now I did it again as an adult. I still thought ALF was funny, just not in the ways it wanted to be funny. I enjoyed the show on my terms. And I still rushed home to watch it, because I had to crank out a longform analysis every week.

I started this series at a really rough time in my life. I end it, now, in a much better place. I don’t believe ALF did me much good on its own, but this project sure did.

And while I’ll never, ever do this again, I’m glad that I did it in the first place.

I was going to end with a big, long list thanking the commenters and collaborators who’ve helped to make this project something much more than just another episode review series. But then I knew I’d leave at least someone out due to forgetfulness, and that wouldn’t be fair. It also wouldn’t be fair to the folks who read but didn’t comment, and they’re just as important to me. And then there’s all the folks who will find this series in the future, long after it came to an end…and I’ll be fucked if I don’t appreciate them as well.

So, if you’re reading this: thank you. I’ve written literally hundreds of thousands of words about ALF. Somehow you — you, specifically you, reading this now — made that a worthwhile endeavor. You’ve tuned in every week to find out what I had to say about a rapping baboon, and I wouldn’t change that for the world.