I love The Venture Bros. You know that. It’s one of my all-time favorite shows, and even if I thought this past season was a bit shit tbh I can’t say that my love or appreciation of it has been diminished at all.

I’d like to say that I realized something when rewatching it lately…but I haven’t been watching it. I’ve just been living my life, going about my business, and a thought occurred. I’ll share that with you in a moment, of course, but here, now, I want to point out that that’s part of what makes The Venture Bros. so incredible to me in the first place. Sure, you can watch it over and over again and find things you missed…but you can also just let it sit. Let it simmer. Let your mind go where it will…and you’ll still find new ways to appreciate it, and new things to consider about it.

Compare that to ALF. I haven’t rewatched that shit either, but I sure as hell don’t catch myself in the middle of the day realizing that “Don’t it Make Your Brown Eyes Blue?” is secretly brilliant.

Okay, so, anyway: late in season one, The Venture Bros. has what might be its first masterpiece: “The Trial of The Monarch.” It harvests seeds that had been passively planted by previous episodes to incredible effect, tearing apart a central relationship and positioning The Monarch — the show’s main villain — as its emotional core. No mean feat, and the episode that accomplishes it is tense, beautiful, hilarious, and unexpectedly heartbreaking.

In short, it’s fantastic stuff, and it’s still one of my favorites.

The titular Venture brothers themselves don’t do much in the episode, but it opens with a fantasy sequence that sees them in costume. Hank is dressed as Indiana Jones, and Dean as Thomas Magnum, from Magnum, P.I. You can see the boys in the screengrab above. And, for reference: 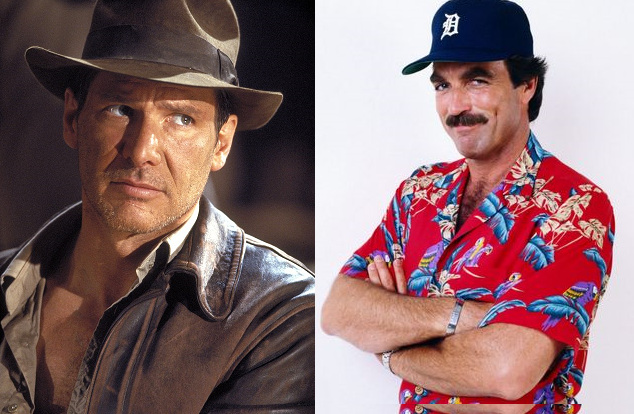 Fine. Everyone knows this. Hank and Dean are dressed as those characters. Few people overlooked that fact; it’s pretty obvious.

But…where did Hank and Dean get those ideas? From the movie and from the TV show, obviously.

…except that in season four’s best episode, “Everybody Comes to Hank’s,” we learn that Hank doesn’t actually know who Indiana Jones is. He wears the iconic hat…which came with a whip that he assumes is a “detective’s whip.”

So Hank wears part of an Indiana Jones costume in that episode, and in doing so he reveals that he doesn’t know Indiana Jones. Odd, as he dressed as the character three seasons prior. Dean may or may not know Thomas Magnum, but that’s academic; Hank doesn’t know his character, and that’s enough to question things in The Venture Bros., where continuity between episodes is important.

They fit Hank and Dean well enough, of course. Indiana Jones is brash and daring, and Magnum is (relatively) focused and methodical. The adventurer and the detective. Hank and Dean.

But Indiana Jones and Magnum, P.I. on their own merits don’t really go together, and it’s not a pairing we’d ever see outside of this fantasy sequence. 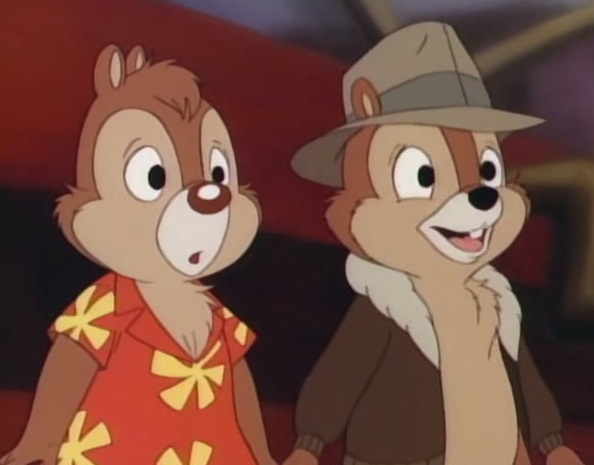 Rescue Rangers was a very popular show, airing during the enormously successful Disney Afternoon programming block. And while Chip and Dale were already established characters by that point, it was Rescue Rangers that dressed them respectively as Indiana Jones and Magnum, P.I.

And that is interesting.

The same odd pairing of characters happened twice, and it doesn’t strike me as coincidental. Combine this with the fact that Hank doesn’t recognize an Indiana Jones costume when he actually encounters one, and I start to wonder if Hank and Dean in “The Trial of The Monarch” are actually dressed as the Rescue Rangers.

That’s a show they’re likely enough to have seen, and there’s a little more in common as well. Hank, Dean, Chip, and Dale are all four-letter names. It’s always Hank and Dean, as opposed to Dean and Hank…just as it’s always Chip and Dale as opposed to Dale and Chip. Hank and Chip are both Indiana Jones, and Dean and Dale are both Magnum, P.I. Each pair is part of a larger team that goes on new adventures week to week…

The Venture Bros. gives us a lot to consider, even in its silliest moments. It’s an impressively layered and incredibly well-written show. And the fact that I can still find new things in a thirteen-year-old episode (holy crap…) is incredible.

Oh, also: I just realized that the episode title “Powerless in the Face of Death” refers not to being unable to revive the boys, but rather to the blackout Dr. Venture accidentally causes. That’s some lovely misdirection I didn’t even notice. There’s still so much to find in this show…