Prior to the release of The Lost Worlds of Power, each author selected for inclusion will be given the floor. I’ve asked them to talk about themselves, their approach to the project, and anything else they’d like to say up front. I’ve also asked them to avoid spoilers, so have no fear of those. Anyway, week ten: J. Paul Roe, author of “Linus Spacehead’s Cosmic Crusade.” 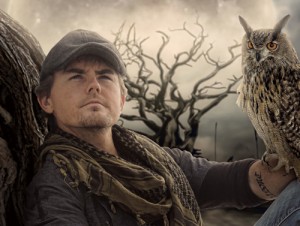 I succeeded, or I failed.

Despite the completely absurd subject matter and the fact that I submitted the entire manuscript in the wingdings typeface, “Linus Spacehead’s Cosmic Crusade” managed to get selected for publication in The Lost Worlds of Power. 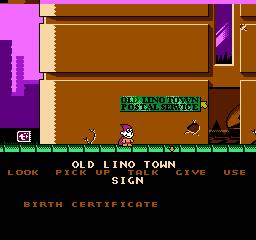 I’m excited to be part of this project. I have to spend a lot of time writing “business stuff,” so it’s awesome to know that something I enjoyed writing will enjoy a hefty readership. I would like to think that it’ll also advance my career as an author, but “Linus Spacehead’s Cosmic Crusade” sucks pretty hard. It was meant to be bad and I don’t write humor. Look on my work, ye readers, and despair.

“How did I pick Linus Spacehead’s Cosmic Crusade?” you ask.

I went to Wikipedia and looked up a list of every NES game, then I read through said list looking for games with the absolute worst titles.

Linus Spacehead’s Cosmic Crusade won, of course…I mean how fucking awful is this title? It totally conjures imagery of an alien getting blown whilst cruising between the stars. (I guess if you haven’t developed stasis chambers, you have to do something.)

I had the title, but I needed more to draw from because I couldn’t stretch the oral sex joke long enough to meet the word count. So I turned to a walk-through of the game provided by someone who I will assume is now dead. In this walk-through I learned that: 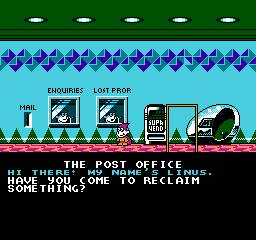 1. The game has a terrible premise and is really effing corny.

2. Playing it is the most boring thing you could possibly do with your time other than reading a walk-through about it.

3. I was going to have to make up the entire story because the people who created the game didn’t really bother. They probably belonged to the same union as the ALF writers.

So I used some of the names, locations and minor plot elements from the game and just pulled the rest out of my ass. (“Crafted the story,” in author speak.)

So, what did I craft? I mentioned that I don’t (or can’t) write humor and this story is hardly an exception to that statement. Face to face, I’m a clown. When I write, I write about what scares me. Defeat, fear, hopelessness, self-hatred, jealousy and loneliness are all major parts of my fiction. So are strength, courage, redemption and hope. My protagonists are never good guys. I don’t write about the knight in shining armor. I write about people who’ve fucked their lives up so badly that you’re afraid to root for them. I torture them and take everything away. I give them choices that no person could make. Read “Sol Invictus” and you’ll see what I mean. 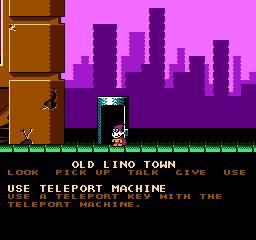 “Linus Spacehead’s Cosmic Crusade” is a lighter version of that fare. If it is funny, it can only be because the protagonist (like the author) has nothing to lose.

That’s all you’re getting out of me. I truly think you’re going to enjoy joining Linus on his adventure. Hell, I enjoyed it. Phil likes it, and his ALF reviews are funny as hell, so I consider that a pretty good sign. Go read it.

My thanks go out to all the readers who have been anticipating the release of the book and offering support along the way. I know you guys are going to enjoy it. I also want to thank the other contributors for taking part. It’s all of us together that are making this awesome book a reality. Finally, thanks again to Phil for giving me the chance to introduce myself on the blog and for putting this whole project together. I can’t wait to read the finished product.