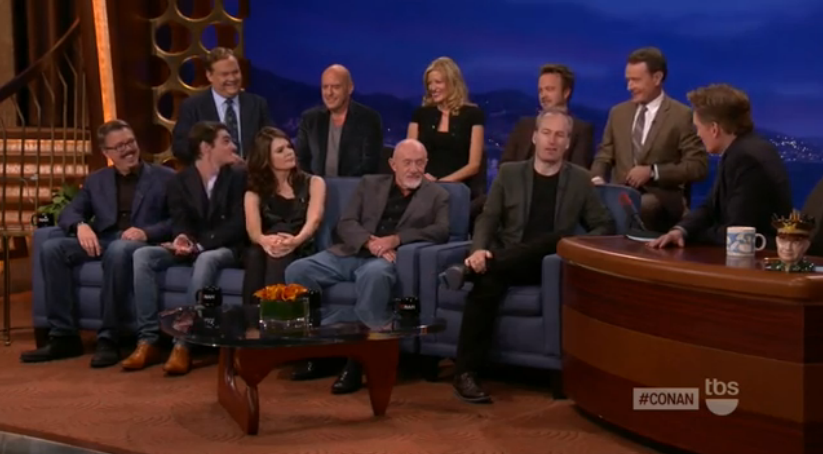 Well, “Felina” is just around the corner, and I don’t have much time to write another before that, so if you haven’t seen it yet, here’s a scary looking (but nothing-to-worry-about) link to Conan O’Brien’s Breaking Bad-themed episode. It aired, I believe, this past Monday, and I just got to see it.

He has the entire principal cast on the show, along with Vince Gilligan and Skinny Pete sitting in with the band, and while I don’t think there’s much revealed that obsessive fans won’t already know, seeing the entire cast together with Conan is just delightful.

Anyway it’s a fun watch, and probably worth enjoying now, before “Felina” fucking kills every last one of us.