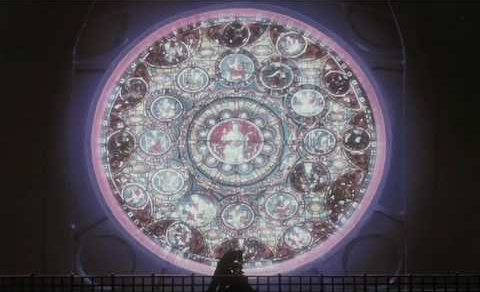 A few years ago, I read The Hotel New Hampshire for the first time.

I can pretty easily count the books that have changed my life. I’ve almost always been a voracious reader, and I still am, but there’s a difference between a book I enjoy and a book that rewires my understanding of the world around me.

Catch-22. Of Mice and Men. The Life and Opinions of Tristram Shandy, Gentleman. Gravity’s Rainbow. The Sound and the Fury. Pale Fire. One Flew Over the Cuckoo’s Nest. Ulysses. The Catcher in the Rye.

All of them found me at the right time. I’m not even sure I found them. They’re like friends who knew me better than I did. Ones that could tell something was wrong before I was aware of it. And, like friends, I can’t imagine what my world would be like without them.

Reading The Hotel New Hampshire added another title to that list, and it added it instantly. Books are perfect for reflection…for judgment after the fact. For a limbo of opinion that resolves itself years later, when a half-remembered passage flashes through your mind, and you remember how different you were before you read it.

But every page of The Hotel New Hampshire drilled itself into me, more and more deeply as I read. It was my first experience of John Irving, and it almost made me feel guilty. Had it really taken me this long — three decades! — to listen to what this book had to say?

It had a lot to say. I could speak for hours — and I’m afraid I probably have done to various unwitting acquaintances — about its singularly flippant approach to tragedy. About the way the saddest things are also framed, and sometimes remembered by the characters, as the funniest. Or maybe it’s the other way around.

The long, graceless tumble of the Berry family from cash-strapped proprietors of a failing hotel to fates gradually, incrementally — and uniformly — worse, would have been maudlin or manipulative in less capable hands. In the hands of John Irving, it’s bizarrely inspiring.

Because however far they fall, however many things fall with them, however painful the landing may be, they are still who they are. They are still people. They still have hopes. They still try. The small moments of triumph amount to nothing in the big picture, but they mean everything in the week or the day or the hour that they are allowed to cling to them before the next obstacle asserts itself.

Yet, they kept on. Or, many of them did. And they all tried. They kept their spirits. They may have been beaten up by circumstances beyond their control, but never were they beaten down.

One piece of advice the family bats around is this orphaned phrase:

Throughout the book they find themselves repeating various fragments that they read or overhear, misapplying them deliberately until the repetition detaches the phrase from its origin, becoming a hollow — but irresistible — in-joke, and also a sort of nonsensical — but valuable — incantation. Some floating piece of debris to which they can all cling together.

It’s Independence Day, today. On Independence Day last year, my relationship with Kate had already fallen apart. We occupied separate bedrooms. We were, quite literally, running out the clock. Our lease was set to expire, so, rather than break it, we decided to wait, and then go our separate ways. Surely it couldn’t be that difficult to make it to the end of the month.

It wasn’t just difficult. It was impossible. Everything fell down with us. A week before month’s end, I loaded my car with as many of my boxes as I could take, and I was gone.

It was difficult for me, a year ago, to believe that that was where I had ended up, and the novelist in me couldn’t help but thinking back to Independence Day many years ago, in New Jersey, when Kate and I were very different people, enjoying the distant fireworks in our own way, looking forward to a future that resembled in no way the one we would actually occupy together.

When I left, I had nowhere to go. Not yet. I’d signed a lease on another apartment, but I couldn’t move in until the beginning of August.

I stopped for a sandwich, and I ate it in my car. I thought about calling a friend to see if he’d let me crash on his floor. I knew he would have. That’s probably why I didn’t call. I wasn’t feeling like much of a human being just then. If I was so difficult to live with, how could I subject somebody else to that? Even for a week?

I couldn’t. So I didn’t. I ate a sandwich. I didn’t feel sad. I think that’s important to note.

For the next week, I lived in a hotel. It was a nice one. I had a little kitchen that I didn’t use. My job — which was very new to me at the time — allowed me to work from home, so nobody even had to know that I had nothing left to live for.

That’s where I was, a year ago this month. That’s what I felt. And I remember — quite well, to be honest — the feeling of looking down from my room’s window.

It would be fast. It wouldn’t hurt. A few seconds, and I could stop disappointing people.

To think back on that is a strange feeling, as though I’m remembering a story told to me rather than one that I alone witnessed. I was a different person then. I was at the end of my rope. I genuinely felt as though I had nowhere to go, and had no reason to stay.

I don’t mean to oversell it. It’s not meant to be dramatic. It’s just that, then, for that week, with that window, I had every chance. I didn’t want to do it. Obviously I didn’t do it. But at the same time, I couldn’t give myself a reason not to do it. In an unfamiliar city, in financial ruin, most of my possessions (and my entire music collection) gone, nowhere to go, nobody to even realize I was missing. And I asked myself, why not? And I didn’t have a reason.

But I didn’t do it. I can’t ascribe that to any sort of internal strength or bravery, or even stupidity. I think I was just numb. I don’t make self-destructive decisions when I’m numb, any more than I make constructive ones. I just stop.

I’m back on my feet. A process that I was afraid would take years took only one. Next month I’m moving into an apartment of my own. No roommates. A nice community. Close to a job that I love, with more friends by my side than I’ve had in…in probably three or four years. I have more money in the bank than I’ve ever had. I’m writing again. I’m helping people. And I’ve got somebody in my life now who, for lack of any other word fitting the context, understands.

That’s what I’m trying to say.

And, you know what? Maybe all of it is lost.

Really. Maybe you’re not overreacting. Maybe everything is gone. But:

I can’t give you advice on how to make it through. There aren’t any magic words to make it less scary or to speed it up.

But I can tell you this:

The way out is always easy. But if that’s what you choose, then that’s all you get.

But keep passing the open windows.

Whatever you’re up against.

Whatever you’ve lost and will never have again.

The above took a lot out of me. I’m not sure how many people were even aware that I went through such a low point. A low point so recent, and yet a lifetime ago. Part of me hesitates to post it.

I appreciate support wherever I find it. There are words that can help you, even if the one who wrote them didn’t know you exist, and even if you’ll never meet that person in the future.

I came very close to throwing away the only thing I still had. But time passes — not even that much time — and I’m glad I didn’t. I want you to be glad, too.

Whoever you are. You’re worth it.