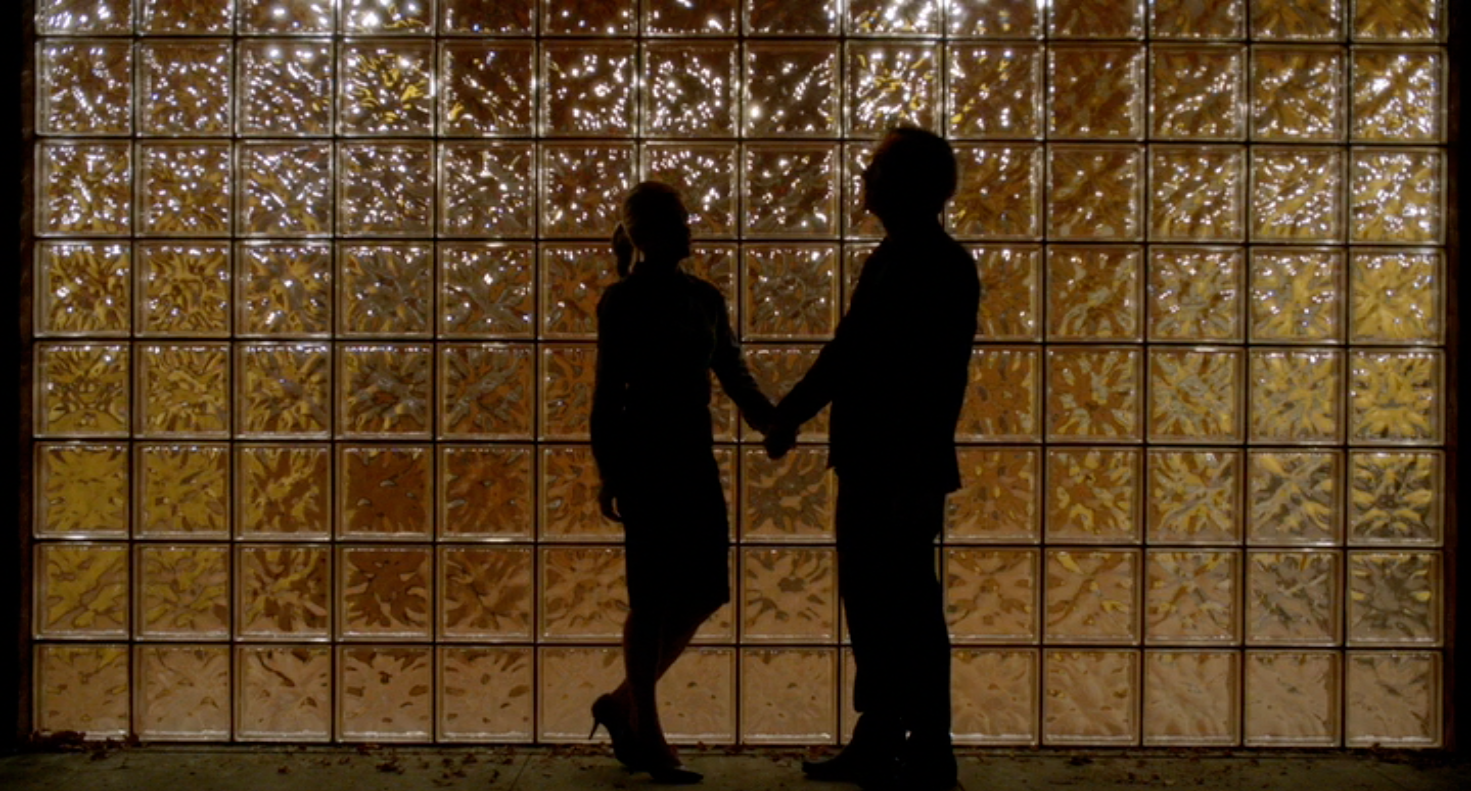 Better Call Saul is about how the world of this show becomes the world of Breaking Bad. But that’s not all it’s about.

We’ve talked almost weekly about the running theme of loose predestination; the precise details of your future may not be laid out, but your general direction sure as hell is. And part of the drama of Better Call Saul is waiting for gravity to reassert itself, to send lofty dreams crashing back down to Earth, to injure (in so many ways) those it was already decided would never be allowed to fly.

It’s also, however, about relationships. And that’s both the central theme of “Sunk Costs” and the filter through which we should understand it.

Of course, the beauty is that it’s still about everything else we expect from Better Call Saul. We get further insight into Mike’s relationship with Gus. And Gus’ relationship with Hector. And Jimmy’s relationship with Francesca. All of that will inform the events we remember from Breaking Bad, as well as the ways in which they unfolded. Who stood by whom. Who knew what they could get away with. Who failed to walk away when they should have.

And, of course, predestination is written all over “Sunk Costs.” Jimmy isn’t meant to be an honorable lawyer — no matter how “noble” his calling, as the judge presiding over his felony case put it — and so his brother will see to it that he becomes a dishonorable one. Jimmy was once a criminal, and to criminality shalt he return. Chuck isn’t an agent of justice; he’s an agent of destiny.

We’ve spent a good amount of time in these reviews digging into the relationship between Chuck and Jimmy. And, frankly, if you’ve watched the episode I can’t imagine I’ll be able to tell you much new. This is perhaps the rawest, most emotionally vulnerable we’ve ever seen Chuck…and he’s still kind of a dick.

I like Chuck. I feel bad for him. I pity him. And yet he treats his underhanded scheme as a way of moralizing. As a way of preaching emptily to the little brother that he’s literally about to send to jail. Chuck is the parent justifying his abuse of a difficult child. “If you’d behave, I wouldn’t have to do this.”

And there’s satisfaction in his eyes. He has nothing to worry about. When Jimmy stormed Chuck’s home last week, he asked Chuck if that tape was worth tearing the family apart. Chuck’s demeanor in this episode suggests that his answer was, “What family?”

Jimmy isn’t a brother; he’s a nuisance who carries — and tarnishes — the McGill name. Jimmy sunk the family business. Jimmy was a well-known local scam artist. Jimmy bought a mail-order degree and started messing around with the criminal justice system. A chimp with a machine gun, as he put it. What’s worse, a lot of people liked the chimp better. Kim. Rebecca. They boys’ own mother.

Chuck doesn’t think of Jimmy as family, however much lip service he might pay the idea when it suits him. (Read: when he can use it to make Jimmy feel worse.) He thinks of Jimmy as a rival. A less talented, less intelligent rival, against whom he nevertheless can’t seem to succeed. He frames his “lesson” to Jimmy as an opportunity for the younger McGill to straighten his life out. But we learn later (as if we didn’t already know) that it’s just Chuck’s method of getting him out of the way.

That’s what we learn when Chuck lays himself bear for his own attorney. He’s interested in pressing charges, sure…but not to help his brother. He just wants his brother out of his hair, doing something else for a living. Jimmy sunk the family business, and now Chuck’s going to sink his. There are many reasons to avoid a trial, but we see that Chuck’s is simply that he has a better way to cripple his brother’s future.

It’s not a surprise, exactly, but I do think it’s the nearest look we’ve ever gotten at Chuck’s view of the relationship. We’ve already seen Jimmy’s, many times over. He loves Chuck. He cares about Chuck. When something happens to Chuck, he’ll drop everything and scamper over there to help. (Which, of course, is what got him into this particular mess in the first place.) That’s how Jimmy views Chuck: as family. He looks up to his older brother, and his older brother won’t even look at him.

Of course, that’s the relationship Chuck chose to squander. However much or little truth was in it, Jimmy suggested that the next time Chuck needs him, he won’t be there. Brotherhood doesn’t work just one way. If Chuck is going to definitively betray that relationship, Jimmy will do the same.

Smaller relationships find themselves explored, as well. Gus and Mike, for instance, who bond in some way over a mutual antagonist. Jimmy and Francesca, as mentioned, who build a level of trust here that will see them through some far more difficult times, and which unintentionally establishes her as a co-conspirator. Sure, she’s just helping him pick up a car now, but she’ll be calling Hank and impersonating hospital staff before too long. The seeds are sown today, with the sad-eyed boss just needing a hand…

And we see what kind of fallout these relationships — and the dynamic schemes and counter-schemes within — have on innocent victims. We’re reminded (clearly deliberately) of the fact that Hector killed the man who found his driver tied up. That’s what raised Mike’s hackles, and ultimately caused him to lash out a second time here, with Gus’s blessing.

His plan to sic the DEA on Hector, however, embroiled two relative innocents more directly: the drug mules who were smuggling goods and money across the border, and who definitively have their lives ruined. Then, of course, there’s poor Ernesto…used as a pawn by his boss to exploit his loyalty to a friend. Ernesto has been fired. Chuck doesn’t bother to mention that to his attorney.

But the real relationship at the heart of Better Call Saul is the one that’s destined to be the most painful. It is, of course, the relationship between Jimmy and Kim.

I love Better Call Saul. Let me make that clear. But part of me wishes it could just become something else entirely. Because we know Jimmy loses Kim. And I wish he didn’t. Mainly because…well…I don’t want to lose Kim.

If I may speculate wildly, here’s my suspicion: AMC greenlights Better Call Saul. Vince Gilligan and his excellent writing staff gets together to decide how best to tell that story. For obvious reasons, they latch onto whatever small details of Saul’s past he let slip during Breaking Bad. One by one, they show us those things and connect the threads in between. Fine.

One of those details, though, was Saul’s gaggle of ex-wives. I can’t offhand remember how many there were, if we were ever told, but we know there was more than one. So Better Call Saul gets to invent some relationships for its protagonist.

Then they create Kim.

And now they’re stuck. Not because it was a bad decision, but because it was too good. Because now they have Rhea Seehorn playing this incredible character week after week, living a life of her own. She’s a perfect foil for Jimmy, but she’s also a perfect fit. She may have been invented out of necessity, but the show’s first experiment with a partner for Jimmy is one that’s destined not to be topped, and one that cannot in good conscience be squandered.

I don’t know if I’m correct. I may never know. But I wonder if any of the writing staff feels the way I do…that they wish Better Call Saul could shift, all at once, into an alternate-universe story instead. That Kim does get to stick around. That Jimmy may drag her through the muck a bit but that he won’t become unlovable to her. That what they have — what they share, what they build — will miraculously flower as a whole other future. One that may not last, but one which they can at least have.

Of course, gravity will reassert itself.

It always does for these characters.

Jimmy refusing to let Kim represent him was probably the single saddest moment this show has given us yet, because it shows how protective he is of her…how much he’d rather fail of his own accord than have her get dirty trying to save him. And the fact that she understood…and stayed by his side…and promised him as the episode ended that they’d fight together…and took his hand in silhouette…

There’s promise there. The real promise of a real future.

And we already know it ends.

The fact that we don’t know how it ends is what fuels the tension.

The fact that we know it won’t be pretty is what fuels the heartache.

Kim — the person and the character — has the misfortune to be here instead of somewhere else…somewhere that might allow her a happy escape.