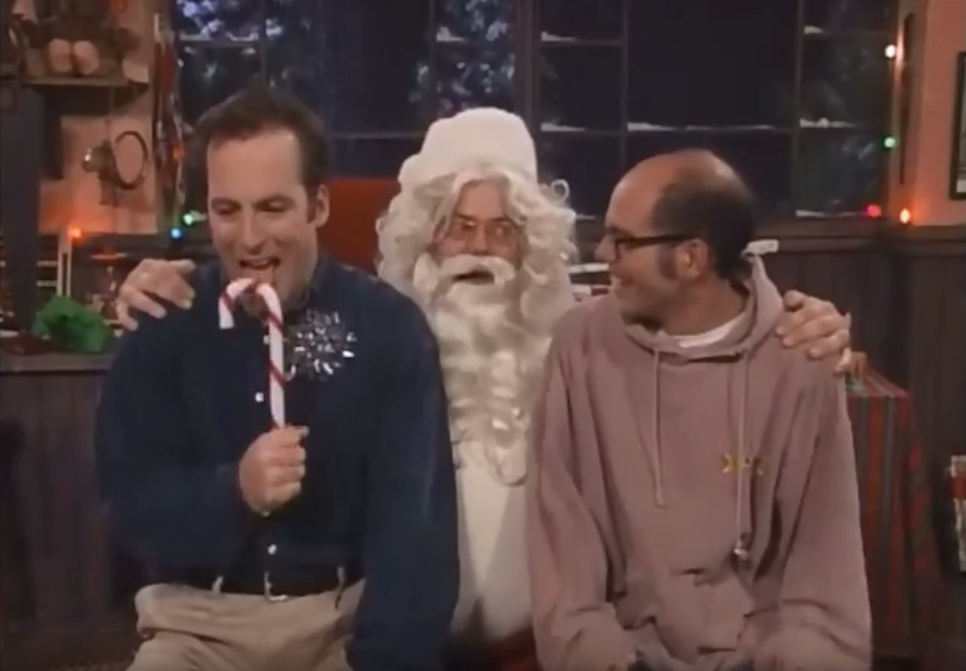 Hello, everybody! Remember me? The guy who used to write stuff?

Well, I’m not dead! In fact, three things have been occupying my time lately. I know it can get frustrating when I’m only posting Better Call Saul reviews and infrequent installments of Fight, Megaman!, but that’s really because it’s all I’ve had time to do lately.

I’ll explain those reasons right now, but if you don’t care to read them, please skip to the last one. There’s something I’d like you to do, and it’s fun. I SAID IT IS FUN.

Hail Storm: Some of you may know that a couple of weeks ago, the Denver area experienced catastrophic hail. That’s not me being dramatic (for once!); it was literally a catastrophe, doing millions of dollars of damage to homes, businesses, construction projects, and — of course — cars. It probably sounds silly if you weren’t here to experience it, but, sure enough, the hail storm totaled my car. Mine was just one claim Progressive was handling out of 11,000…due to this storm alone. So, much of my time has been taken up by dealing with the insurance company, buying a new car, and getting rid of my old one. Which was kind of sad to me, as I took really good care of that car and it had very low mileage. It deserved a better fate than that. Oh, and, buying a new car is expensive and it sucks so there’s that part, too.

Persona 5: Persona 5 came out, and what free time I have had has pretty much been spent in the company of the Phantom Thieves. I posted about this on the Facebook page as well, so if you ever think I died, check that page to be sure! I have a lot of ideas for essays I could write about it, and I’m sure tempted to, especially now that I’ve finished the game…but, then again, I never got around to writing my Persona 4 essay. Or my Persona 3 essay. Those might still happen, as might this one, but I know better than to promise it. Oh, hey, I had one brewing about Final Fantasy XV, too. I’m sure doing a lot of not-writing for a writer!

5th Annual Xmas Bash: Oh yes, it’s time! Just kidding. It’s not. December is time, and it’s not December. But I was talking to a friend about this year’s Xmas Bash, shooting ideas back and forth, and the next thing I knew, I wanted to get working on the stream. And…most of it’s done, now! I have all of our television episodes and musical interludes picked out and waiting. I still need to insert commercials and, of course, whatever unique material we shoot, but I’m excited, and I know it’s going to be a really great stream. I’ll announce details as far ahead of time as possible, so stay tuned.

And, hey, here’s something you can do for me:

Complete the Xmas Bash survey. It’s only two questions, and all you have to do is pick your five favorite specials and five favorite musical moments from past Xmas Bashes.

Well, you know, “favorites.” Not necessarily the ones you thought were best, but the ones you most enjoyed watching in a Bash context.

That’s it! It would be pretty helpful to me, as I have an idea of what I can do with the results. Again, this year’s stream is largely complete, so don’t worry about me changing anything. I’ll be using this info for something else, and I think you’ll like it.

So, yes, please, vote for your favorites. It’ll only take a moment.

Oh, and if you need a reminder of which song is which, this handy Xmas Bash playlist contains them all.

And I won’t tell anyone if you put Gummibar Mega Mix on repeat. We’ve all done it, and we’re all friends here.