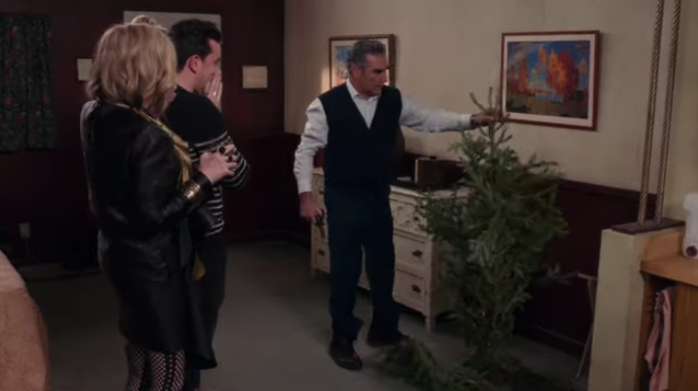 There’s no reason to dance around it: The Xmas Bash is cancelled this year.

I’m sorry. That’s something else I don’t want to dance around; I am very sorry.

If you’re still reading, we can dance a little now.

I live in a state of being constantly overwhelmed. Those of you who know me in real life — and probably at least a few of you who only know me from my various creative endeavors — will already know that I do that to myself. Certainly many things happen unexpectedly, but I keep myself in a state of extreme busyness at almost all times.

I sign up for things I probably won’t have time for, and then I force myself to make time for them. I feel one project winding down — and the relief that comes with that — but immediately launch into something else. I’m rarely working on only one thing. That’s a coping mechanism, I’ve learned; the more I overwhelm myself, the less attention I can spare for what’s happening around me.

That was very helpful in my childhood, and I never unlearned it. It’s become helpful again lately in a political climate I think it’s safe to describe as a fucking waking nightmare.

I need to detach and projects drive the wedge. I take on extra work as a freelancer. I proofread and edit and write things for others without charging them because it keeps me busy. I work hard on things nobody else will ever see, and on things others might see but which don’t carry my name. I work because that’s always been my release.

Professionally, that’s great. Personally, that’s definitely not, and it was only ever a matter of time before the plates came crashing down.

And in the past few months, that’s what happened. It’s not a sob story; I’m doing very well! But psychologically, emotionally, I started to unyoke myself from things I didn’t actually need to be a part of. This is a good thing. This is a healthy thing. And it was a necessary thing.

When I was 17 years old I got my first real job. It was at a Taco Bell in the Hamilton Mall. Cheap food and a mall discount; it was great.

Early on, they trained me on a number of jobs so that I could fill in wherever they needed me. One of the roles was something called an “expediter.” It involved gathering up all the meal items that came down the line, putting them on the right trays, and then bringing the trays out to the counter where the customers were waiting.

It wasn’t difficult, but like anything else I’ve done, I wanted to do it well. At one point, probably during a lunch rush, I figured I’d work more efficiently by carrying two trays out at a time…balancing one on each hand.

Clearly predicting misfortune (and I’m sure he was correct), my coworker Jeff stopped me from what I was about to do. He was an insightful guy, and before I even did it he put a stop to it.

He was friendly. He spoke softly. He got my attention, looked me in the eye, and said, “You don’t have to be Superman.” It was good advice. And that day I ruined zero lunches because I carried the trays one at a time…something I could handle.

That was more than 20 years ago. I still think about it a lot. Whenever I know I’m about to grab too much to carry — literally or figuratively — I hear Jeff telling me, trying to help me, “You don’t have to be Superman.”

And then I still grab too much to carry. And I force myself through it and I do it again. I was able to do it once…why not assume I can do it every day for the rest of my life?

This year, I bought a home. I made improvements and repairs to it and moved into it. I worked regularly on my book project. I started another book project. I started writing scripts for TripleJump. My most recent script for them was 50 pages. I got a promotion at work. It came with new responsibilities, on top of the fact that I was already responsible for a monthly publication. I then started working on our annual publication, which usually requires around six months of work but this year — due to uncontrollable circumstances — it had to be done in under two months. I started an exercise routine. I do all of this and more feeling stiff and uncomfortable every day because of an accident I was involved in almost two years ago…which is still tied up in litigation so I have no idea if any treatment will be covered.

And that’s just the surface-level stuff. The smaller jobs and favors that don’t merit mention here but which ensure — because I have ensured it — that I will not stop.

The plates came down. I dropped the trays.

And it’s been good for me. I’ve had downtime. Actual, extended downtime for what feels like the first time in ages. And while downtime doesn’t solve most of what I’m up against, it really has helped.

And so I’m cancelling the Xmas Bash. I didn’t want to do it. For five years it’s been my annual highlight, but it’s also been a lot of hard work. It’s an event which grew every year — also my doing, hello there — and which hit the point that I couldn’t carry it anymore.

I don’t think it’s cancelled forever. Maybe it is. I don’t know, but that’s not my intention at least.

It won’t happen this year, though. The time to pull it together doesn’t exist, and that might be a good thing for me. But I am sorry to everybody who was looking forward to it.

As things wrap up now, I am letting them wrap up. Again, not forever, but for the first time in 20+ years, I’m taking Jeff’s advice. I don’t have to be Superman.

The book, which I can hopefully discuss soon, is finished and with the publisher’s proofreaders for final catches. I will be working on another after that, but it won’t require nearly as much effort. I intend to keep working with TripleJump, because that’s a project that excites me and challenges my writing abilities. (They’re also truly great to work with, but…so are most people I’ve ever worked with.) And I’m going to keep this site, updating it when I have something (theoretically) interesting to say. And I hope it goes without saying that I will keep my job.

I’m going to let things expire, let opportunities pass, and let myself breathe. I have to do that. Whatever somebody’s pace, they can’t keep it up forever. Things slow down. And that’s okay.

I didn’t slow down, and I’ve failed to meet commitments. The Xmas Bash was the biggest and most important one, to me. I did that to myself, because I kept picking things up and never letting them go.

I apologize for that. There is nobody I blame but myself.

And so this will be the first year in a long time without an Xmas Bash. For that, I am sorry.

But at least know that in the background, I’m not panicking, I’m not soliciting submissions desperately, I’m not struggling with technical issues I have no idea how to resolve.

I don’t have to be Superman.

And I’m going to let myself be alright with that.

4 thoughts on “Failure is now an option”