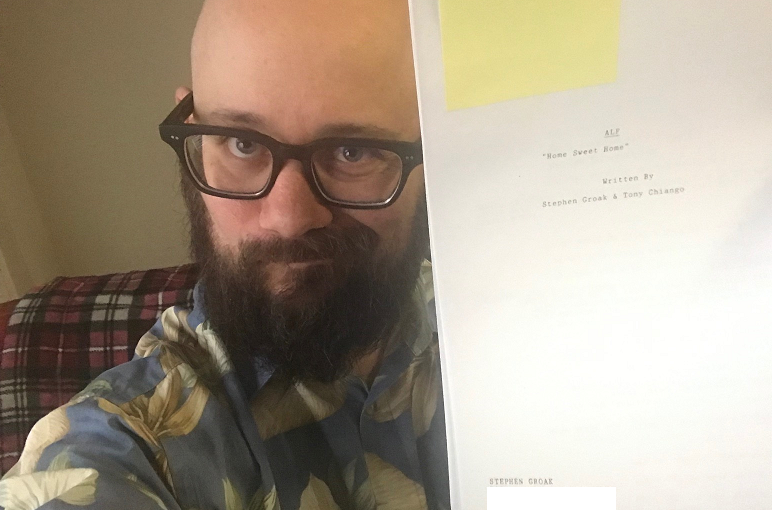 This is not a drill, a joke, or a trick. I have in my possession a complete and very real script for a never-produced episode of ALF.

This is what I was referring to last week. I didn’t want to promise anything until I actually held the script in my hands. Any number of things could have gone wrong. The post office could have eaten it. The script could have been incomplete. The whole thing could have been a hoax.

But here I am, with 30 minutes’ worth of never-seen ALF in my grubby little hands. It’s called “Home Sweet Home” and I’m dying to tell you all about it…but that will have to wait.

This is a piece of television history that was almost lost to the ages. Granted, it’s a small piece of something nobody likes, but still. It’s something.

And it’s a hell of a damn find. In July I reviewed the ALF Sega Master System game, and I was pretty certain that was the last ALF project to warrant coverage. I even ended that review by saying, “Tune in next year when I review the fuckin’ paper plates.”

But now, I have this.

I am going to cover it in July for this year’s ALF review. That is to be expected, I’m sure, and I’m thrilled to be able to share this with the world for the very first time.

However, I’ll need your help in terms of how to present it. In every other case, you could watch the episode or play the game or whatever yourself, and then read what I have to say about it. In this case, that’s not possible. I have the script and you don’t. That’s a problem.

The easiest solution would be to scan the whole thing and post a .pdf, but I don’t own the rights to “Home Sweet Home” and have no intention of distributing somebody’s script without permission.

Fair Use, however, allows for transformative works. That’s why I’ve never had any qualms about using screen grabs and quotes in my reviews; they’re being presented in a transformative context that does not rob the episodes of their own identities. The reviews exist in a space that doesn’t overlap the value of the episodes.

All of which is to say, there are a number of ways I could go with this. The script could be illustrated, storyboarded, animated, acted as a radio play…anything, really. I want people to be able to enjoy it, so please let me know how you would like to see “Home Sweet Home” presented, and I’ll do my best to give you something worth coming back for.

Share your thoughts, either below or otherwise. I’m all ears, and we have a few months to do this right.

11 thoughts on “Urgent: A lost episode of ALF has been discovered!”