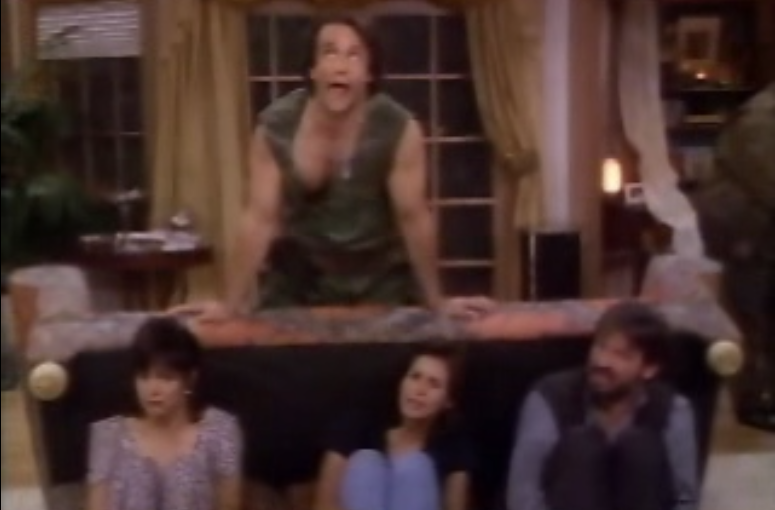 In 1993, just after Perfect Strangers ended forever, Bronson Pinchot starred in a new show called The Trouble with Larry. It was cancelled in about the time it took you to read that sentence, so the odds are good that you missed it.

I know I did. I adored Perfect Strangers as a kid and definitely remember commercials on CBS trying to get me to watch The Trouble with Larry, but I never got the chance. It ran for only three weeks and disappeared forever, leaving a legitimate fascination behind in my mind.

There isn’t much information about The Trouble with Larry on the internet. I can confirm it existed, find the episode titles, and…that’s about all, really.

What was this show? Could it really have been so bad CBS needed to delete it from the schedule before anyone accidentally saw it? Why does nobody talk about it, even as a punchline?

Well, in the year of our lord 2019, I set out to answer these questions. Or to say cursewords about the show and take funny screengrabs. Mainly that.

I have reviewed every episode of The Trouble with Larry in a two-part series. The first part, covering the episodes that actually aired, is available right here, and the second part will post next week.

As this show is linked inextricably in my mind with the end of Perfect Strangers, and as I don’t want this crap on my site, check it out on Perfect Strangers Reviewed. There are even links to watch along, but seriously, don’t do that.

Anyway, yeah, I wrote 9,000 words about a show almost nobody knows existed with another 9,000 to follow next week so go read those things and convince me I shouldn’t be disgusted with myself.