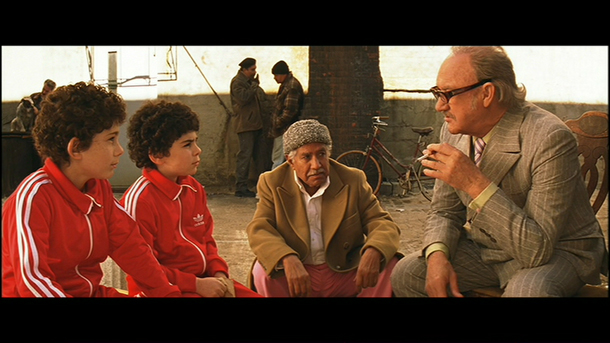 Some sad but not totally unexpected Wes Anderson news: Kumar Pallana has passed away. He was 94 years old.

In films packed with wall-to-wall memorable characters and moments, he always stuck out to me. His role as Pagoda in The Royal Tenenbaums was his largest, but it was fun enough watching him rake leaves or cackle madly as Mr. Littlejeans in Rushmore.

He appeared in a non-speaking role in The Darjeeling Limited, but did so much with his silence that Roger Ebert gave him special mention in his review of the film, even though he didn’t know the actor’s name.

And all of this pales in comparison to his role as the safe-cracker in Bottle Rocket, which was unquestionably the highlight of the entire film.

Pallana’s son Dipak also appeared in Bottle Rocket as a book store employee, and in The Royal Tenenbaums as a doctor.

His one of a kind line-readings made the most of the smallest moments. “He has the cancer.” “There he goes.” “Best play ever, man.”

I’ll miss you, Kumar. Thanks for making some of my favorite movies that much better.

One thought on “RIP Kumar Pallana”