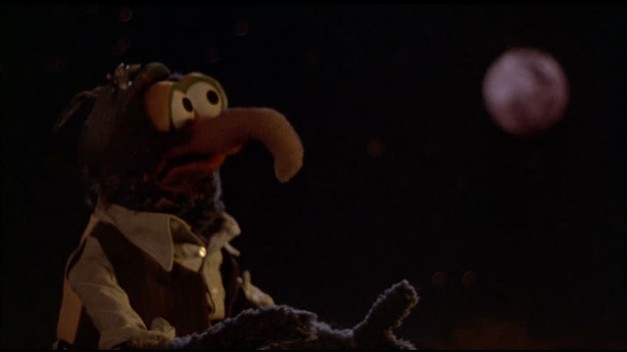 Ace-reader RaikoLives used a phrase in reference to his own comment on a recent article: he said, “That got maudlin quick.” It stuck with me, because it’s something I could say about almost anything I write. I’m hoping that combining some personal perspective with perspective on the website will prevent that from happening. Or, at least, allow it to happen more slowly.

I’ve never actually told anybody the reason I started Noiseless Chatter. I’ve given various explanations that were all true, in a strict sense, but not quite comprehensive. So, here it goes: I needed to.

I’ve always written. I’ll never argue that I’m great at it, but I can say for sure that it’s an essential component of who I am. It keeps me sane. It keeps me grounded. It (perhaps most importantly) keeps me humble. And so when I moved in with my then-girlfriend, and I simply didn’t have an opportunity to write the way — or the kinds of things — I used to, I decided to do this. I figured it would be easy to set up, and I could write things whenever I felt like it. The nature of a blog makes it equally suited to both long-form thought pieces and quick, minor updates, so I figured it was a good way to keep my options open.

That’s also why I didn’t give Noiseless Chatter a specific focus. Books, television, film, music, politics, video games, personal essays…there’s all kinds of stuff here. That wide remit is actually one of the issues I think the site has; folks who find me because they liked something I wrote about a novel would probably get tired of wading for months through other things before I decided to write about another one. Those tuning in for weekly ALF reviews probably wonder why I post so much miscellaneous crap in the interim.

But, I’ll tell you what…while that lack of focus probably results in a much lower “attachment rate” for visitors here, it does mean that the folks that do stick around mean that much more to me. There’s something strangely flattering about it…even though I have no idea — and never have any idea — of what I’ll cover next, people are looking forward to reading it anyway. That means more to me than larger numbers ever would, so thank you.

And, really. I mean that. Thank you.

Because I might have started this site as an outlet to keep myself writing, to keep myself sane, to keep myself me. But that relationship is over. So much about my life has changed. The past two years have been tumultuous, triumphant, and terrifying in turn. But I’m still here, even though I don’t “need” it anymore. Its original purpose has been rendered redundant, but here I am. And here I’ll stay. It’s more than what it was, and it means the world to me that you guys and gals made it that way.

I do want to extend particular thanks to a handful of commenters who made these past two years better for me than I can reasonably express. Jeff, RaikoLives, Ridley and Justin always seem to be there no matter what I post, and even if I was writing only for them I’d still feel pretty great about it.

More recently Sarah Portland and Megan have been active, intelligent, welcome presences…the former being a great new person I’ve been fortunate enough to get to know online, and the latter being an old friend that I am very happy to reconnect with.

Also, some special props to mysterious commenter E[X]. I have no clue who he is — or even if he is a he — but he’s said that he’s been following me around the internet for several years now, so if I ever go missing, check his basement first.

The blog’s grown a lot, and only some of that effort is mine. The rest is yours, for discussing, sharing, circulating, supporting. It’s also recently sprouted a few branches: a Facebook page with more frequent, unique updates; a fiction anthology due for release this spring; a Twitter feed I still have no idea what to do with BUT IT IS THERE SO FOLLOW IT.

Noiseless Chatter is getting 200 visitors daily now, and not that long ago I was hovering around 40 on a good day. Google’s awarded it a PageRank of 3, which is not half bad for a sporadically updated blog of meandering bullshit. And I’m seeing more and more unfamiliar names in the comments section as time goes by. It feels great.

I started this blog as an aimless dumping ground. Then you guys came along, and I felt obligated to keep it up, even when I wasn’t sure why or what I was doing…when I felt lost in my own life…when I seriously questioned my value as an artist, and as a person. Then everything fell apart…and just knowing there was somebody — or even a few somebodys — out there who cared about anything I did carried me through the hardest time in my life. You helped me simply because you were there. And with some distance, a clear head, and a more realistic perspective on the world around me, I wanted to take the time to say thank you.

Noiseless Chatter wouldn’t be the same without you…but, more to the point, neither would I. Thank you for keeping me sane. You all are jolly good fellows.

7 thoughts on “Three and Thirty-Three”