The Kickstarter for our Arts in Entertainment book project will be launching Wednesday, October 14. That’s the big news. Please help me to share and circulate it that day…and pitch in to get one or more of the great books we’re producing.

In the meantime, I wanted to share with you some more information on the specific titles we’re publishing…and the pitch video I put together.

No animals were harmed in the making of this video, but penmanship was pretty badly beaten.

I think it came out pretty great and you should donate several thousand dollars based on that fact alone, but I understand you’ll each have to make up your own minds.

Anyway, I hope you enjoy. Credit for the music goes to Benjamin Briggs; it’s the song “Love the Game,” used with permission from Twitch Jams.

All of the art was done by me. You can tell because it’s awful and nobody looks anything like they should. Except maybe me. I’m pretty easy to draw.

As far as the six titles we’re launching…I’d tell you about them, but I’d prefer to let the authors do that themselves. In the coming weeks, they’ll tell you even more, so stick around. This is a very exciting project, and I look forward to making this a huge success. I hope you’ll help me with that; it’ll be worth it!

For now, brief overviews of what to expect in each book, from the authors themselves. This will give you a great idea of the angles we are taking to our topics…and why every one of these is going to be worth reading. Enjoy.

It is now apparent that I’m Still Here is a whole lot more than just a movie. I watched it during the meat of a two-week trip I spent following Phish via Greyhound buses across the East Coast and Gothic Midwest. When I watched it in one of a series of interchangeable hotel and motel rooms that had become a weirdly ubiquitous staple of my life, I was in the process of losing my goddamned mind. My brain was a curious and malfunctioning beast wired weird with way too much Molly, pot and LSD and way too little sleep, relaxation or stability.

I recognized all of my debilitating flaws in myself—toxic narcissism, self-obsession, a dependence on alcohol and marijuana that made me feel both vulnerable and powerless, arrogance and an inability to forge genuine, substantive connections with other people due to an almost pathological inability to get out of my own head and my own crippling self-consciousness—in hugely exaggerated, distorted and parodic form.

For all the words that were spilled about I’m Still Here, mostly before it came out, there is so much more left to be said about it. It’s one of the most important and essential artworks of our time, a film that has provocative and insightful things to say about hip hop, cultural appropriation, ego, narcissism, celebrity, reality, the blurry lines between reality and fiction, documentary, method acting, drug addiction and mental illness.

See, the thing is, everyone shits all over Titus Andronicus. Most “real” theatre people and directors and scholars talk about Titus like it’s this cute little failure of a play, sort of a violent novelty that you have to do every 12 years when you’re working your way through the canon, or, conversely, sort of a Shakespearean answer to the Quentin Tarantino generation, a grand-guignol style freakshow that will sell tickets to the young and alternative.

But most importantly, to me, it is the story of a father and his daughter. My dad died, unexpectedly and really shittily, when I was 20. Titus, somehow, came along at the moment I needed to let go. And I got to. I got to say goodbye to my father for 6 months, in rehearsals and live, 15 times on stage.

And it was hard. But it became, somehow, part of me. Titus, this stupid, shitty show written, most likely, on a pun about pie crusts, is that single constant in my life. I have often lied (most recently on my application letter to grad school), that “Shakespeare” is the constant. But it’s not true. Shakespeare is the author. Titus is the constant.

And I would really, really like to tell that story.

3) David Black: This is Hardcore, Pulp

Twelve songs about loss, disappointment, sex, revolution, lack of sex, pornography and washing up. Released in 1998, it ought to be a seminal work, but instead it is one that often goes overlooked, due mostly to the popularity of its predecessor, the decade defining Different Class. The Britpop phenomenon of the mid-nineties was dominated by the “Blur versus Oasis” debate. The jury is still out, but Pulp were arguably the eventual winner. In the three years between albums, the Britpop phenomenon came to an end with a whimper and a Spice Girl miming whilst wearing a Union Jack. At a time when we needed them most, Pulp were notable by their absence.

This is Hardcore arrived to a very different welcome. It was darker, it was anthem-less and it was not what people expected. It was what they needed. They didn’t know it. They probably still don’t.

Synecdoche, New York is a film about life, time, memory, and our struggle to find meaning in our stories and stories in our lives. These ideas always resonated with my worldview, but after my mother took her own life, they began to take on a much greater significance to me.

They began to help me understand her suicide, my grief and my purpose. As I explore the film, I will use it as a compass to guide me through the grieving process as I plumb the emotional depths of the movie and of myself; to do anything less is to not heal fully. My mother is the fourth member of our family to take her own life, after her father, her mother and her brother.

I will intimately discuss ideas in this film as well as my family’s sad past, one story illuminating the other. In doing so, I will put myself through an emotional hell — and, hopefully, come out stronger in the end.

I’ve returned to Mystery Science Theater 3000 many times over the years. It’s seen me through some of the darkest stretches of my life, and it’s bolstered me through some of my most creative. It’s a deceptively rich, ahead-of-its-time experience that, if you really think about it, never should have existed.

But it’s more than just the funniest show I’ve ever seen; it’s shaped me as a human being, and helped me to understand, on some level that no other person ever could, that it’s okay to be what I am: an introvert.

Mystery Science Theater 3000 is a show that comes with a built-in sense of camaraderie. Nobody watching is ever alone. There was always a sense of community, even if it was (and is) a community of isolates. And, hey, so what? Isolates got me. Isolates get you.

The show won’t, and can’t, last forever. It was an all-too-brief spark that flitted between networks and timeslots, ensuring that an enormous amount of potential fans never saw it. But for those that did, it was a defining experience.

Mystery Science Theater 3000 took the dreck of world entertainment and created around it a safe and welcoming environment. Sure, the main character had to invent his own friends…but that was okay. Sometimes you find your place in the world, and other times you build it yourself.

It looked like the stupidest damned show on television, but was secretly the most insightful.

Hatsune Miku is a vocaloid; a digital instrument that you plug into music creation software to make noises. What is different about Hatsune Miku is that instead of being a digital piano, violin, drum set or guitar, “she” is a voice that sings lyrics for you.

She has become popular. Very popular. Over 100,000 songs with Miku’s voice being produced to date, at least one million images drawn by fans, and dozens of music videos have only furthered her celebrity. Crypton has even developed screen technology that allows Miku to perform live on stage; she has opened concerts for Lady Gaga, performed with some of Japan’s most popular music artists, and even performed on Letterman.

And that’s just the start. There’s much to say about the artistic and economic impact, but even more to say about the cultural implications of Hatsune Miku. In fact, because she blurs the boundaries between the unreal and real so much, Miku may well be part of the cultural trend that explains why Japanese men and women aren’t having relationships with one another and producing children.

With this book you will get a first-hand account of why Miku is so popular and why her fans personalise her by referring to her in human terms, rather than as an object (i.e, to fans, Miku is a “she” and not the far more accurate “it”). The implications of this choice of pronoun run deeper than you can possibly imagine. 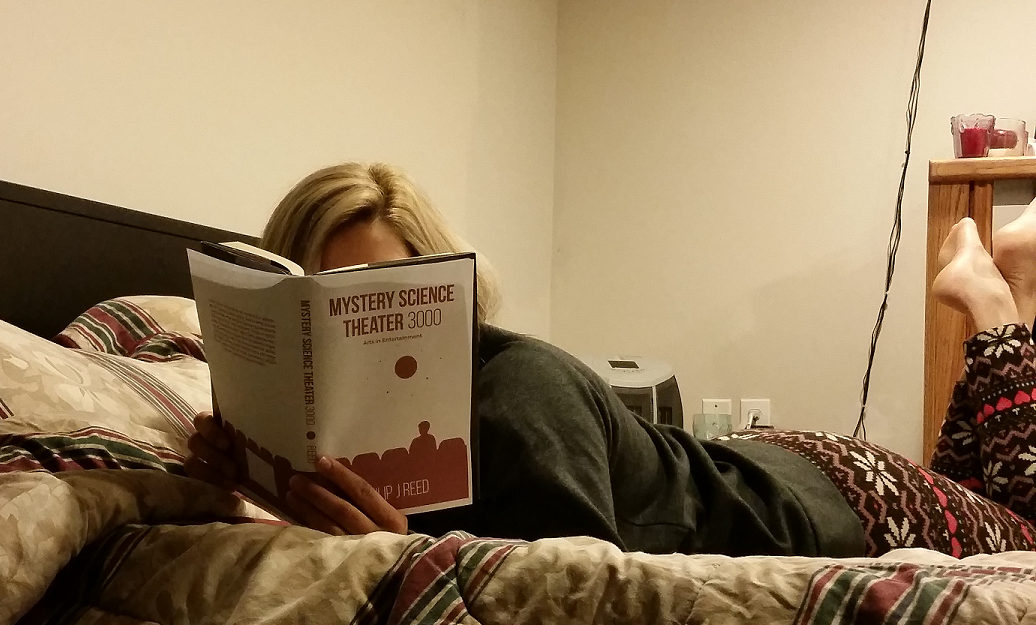 One thought on “Arts in Entertainment: Pitch Video and Book Descriptions”